(Inside: Look. Summer draaaaags…so I have to make something that the kids are going to love. Sometimes, that means whipping out all the sprinkles in the house and really knocking out a delicious bowl of ridiculousness. Monster Lemon Ice Cream (vegan and dairy-free) to the rescue.)

This is a no-judging zone, right?

No one here is going to harangue me for this monstrosity of a recipe (heh), right?

With that established…here’s what I have done this summer….

I made Monster Lemon Ice Cream.

All sorts of dairy-free, vegan and gluten-free.

And all the things that my kiddos desire. 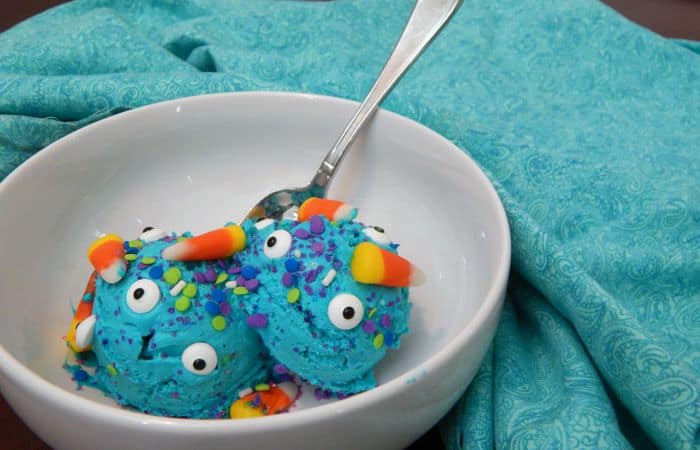 In all seriousness, Monster Lemon Ice Cream is actually better than the lame options for vegan ice cream at the store–they’re only like 4 options.

AND LEMON IS NOT ONE OF THEM.

What is wrong with the ice cream factory?!

Lemon ice cream is THE ultimate snack for those summer afternoons that seem to draaaaag for-freaking-ever.

And, yes, it’s a Halloween recipe.

Works well for Halloween because I can just literally throw all my sprinkles and any leftover candy on top of this super-special treat that we usually reserve only for Halloween night after take-out pizza.

And although it totally works as something just a tiny bit more healthy that they can fill-up on before they hit the streets and get their candy on, this summer, I am making Monster Lemon Ice Cream in the middle of June.

And no one to judge me while I pile up a bowl of my very own Monster Lemon Ice Cream. 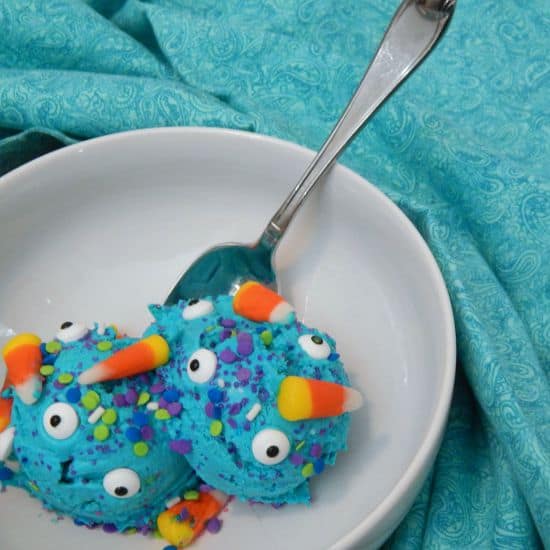 Freedom in a bowl.

Anything to pretend this summer is almost over (even though it has actually so not even hit the midpoint).

Go ahead and pin this, friend.

You know you’re going to want to make it now AND at Halloween…you won’t be able to resist. 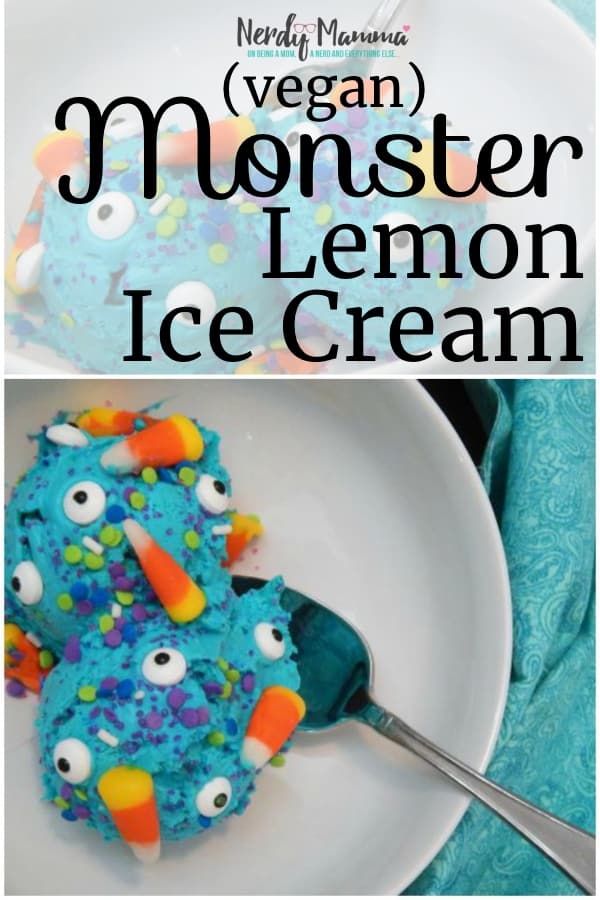 Looking for other ways to scarf some lemon? I’ve got this amazing recipe for Lemon-Lemon Cupcakes...you won’t be sorry…

But wait! While the kiddos are waiting for the ice cream to chill…I have a friend with THE COOLEST science experiment EVER.

Lemon Volcanos. Yeah–super fun and something we’re totally going to do. Hop over and check it out.

Now on to the lemon ice cream…

For dessert on Halloween night, I like to serve the kids a little bit of something before the candy-plosion. Something just a tiny bit more healthy that they can fill-up on before they hit the streets and get their candy on. This year, I'm making Monster Lemon Ice Cream. Yup. That's right.