Things feel like they’re about to get REALLY weird up in here. Not that I feel like things aren’t already weird. Don’t get me wrong, I acknowledge that I have a strange sense of humor and that my nerdiness is kinda odd. But, by weird I mean: I’m about to go zombie-crazy. I decided I want to do a whole bunch of zombie yumminess for the upcoming Halloween festivities. And, one of the first things I did: Graveyard Cupcakes. Ok, well, they’re bubble gum cupcakes just decorated to be graveyards, but that’s still…right? It’s still…LOL! 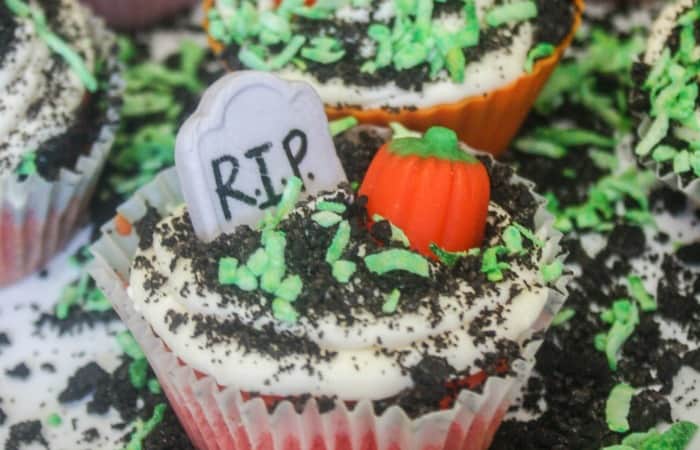 Ok, so maybe these Graveyard Cupcakes weren’t the FIRST thing I’ve done zombie-licious, not even in the recent past. Because, you know, I did a whole roundup of awesome zombie recipes, brain cookies, and zombie jello snacks. But, that’s ok, right. Because Graveyard Cupcakes were the first thing I did AFTER I decided to be all sorts of focused on zombiness….right?! LOL! 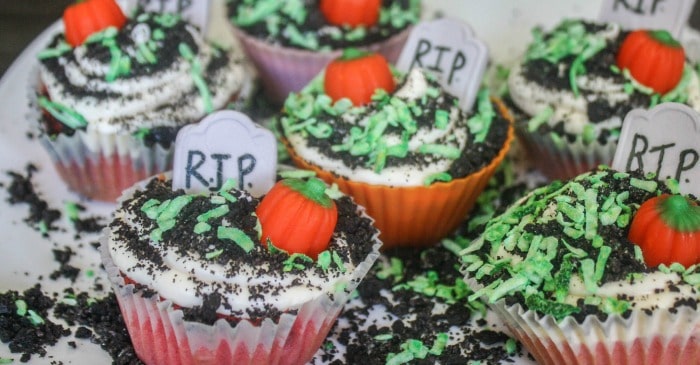 Regardless, this recipe for Graveyard Cupcakes is so much more than JUST little tiny graves of awesome cupcakery. They’re actually bubble gum cupcakes. Yeah–you heard that right. And, as I jam another into my mouth so ungracefully that my mom would give me the evil-eye, I would like to point out that they’re yummy. A big-ole-cupcake-of-yummy. That’s what these tiny graveyards can offer. Cool, huh? 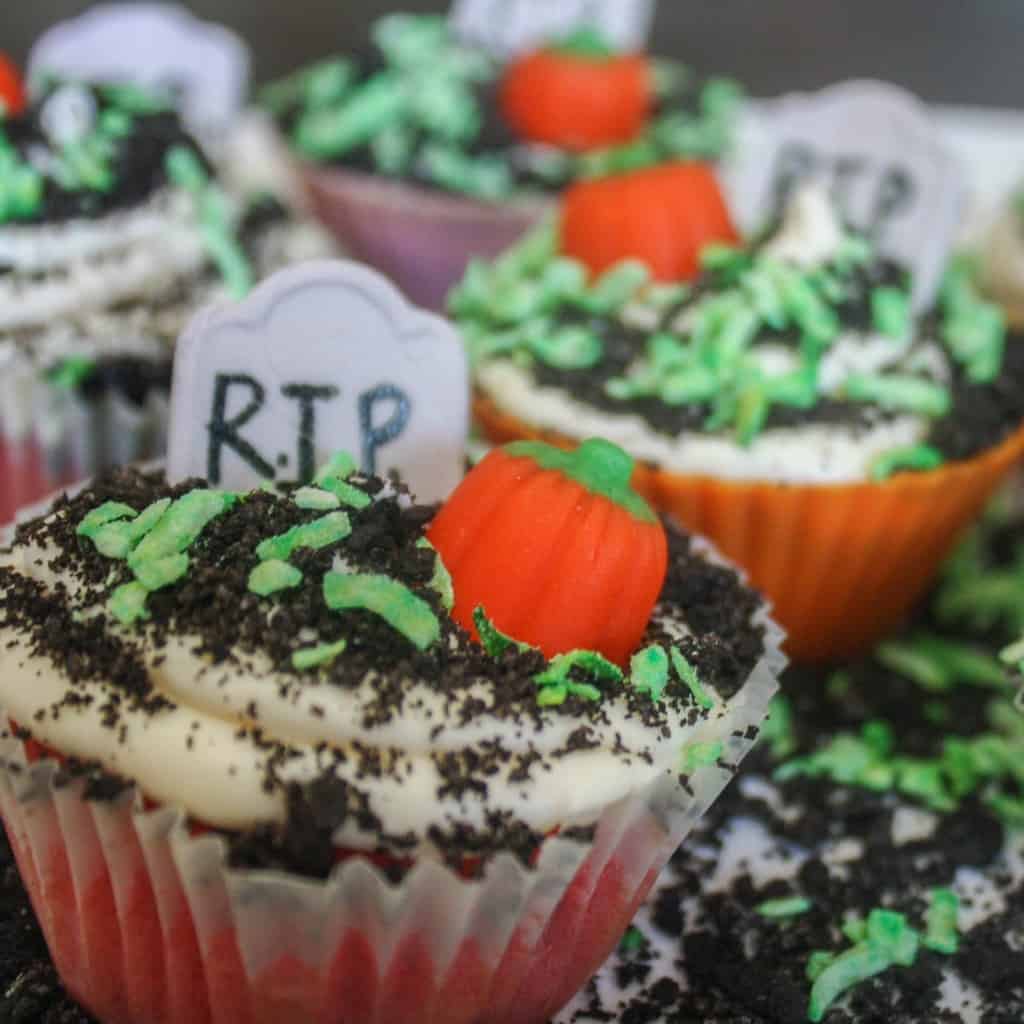 What You Need to Have to Make Graveyard Cupcakes 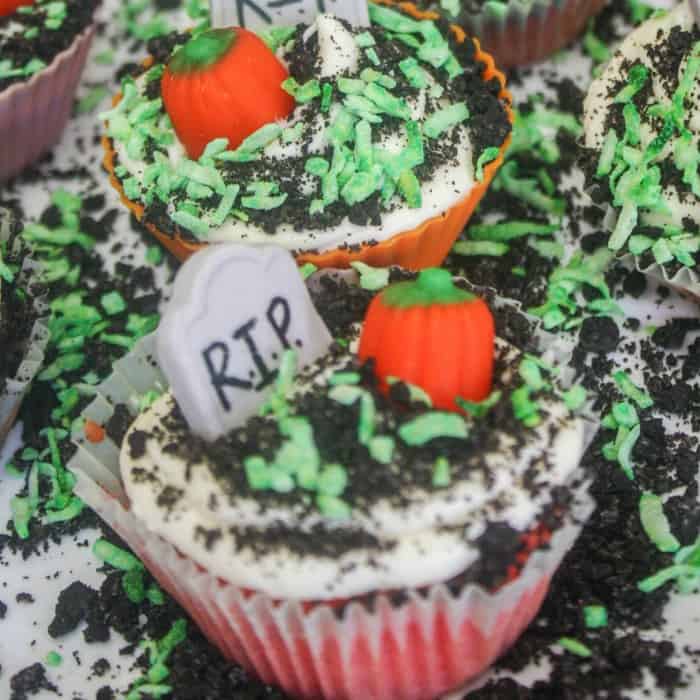 Ok. So, go grab this stuff–and maybe a few other things, I don’t know–it’s late and I’m incredibly tired. Just pin this so that you can make it whenever, because we both know you’re not in the kitchen about to make a batch of Graveyard Cupcakes. Seriously. LOL!

one of the first things I did for Halloween prep this year: Graveyard Cupcakes. Ok, well, they're bubble gum cupcakes just decorated to be graveyards, but that's still...right? It's still...LOL!