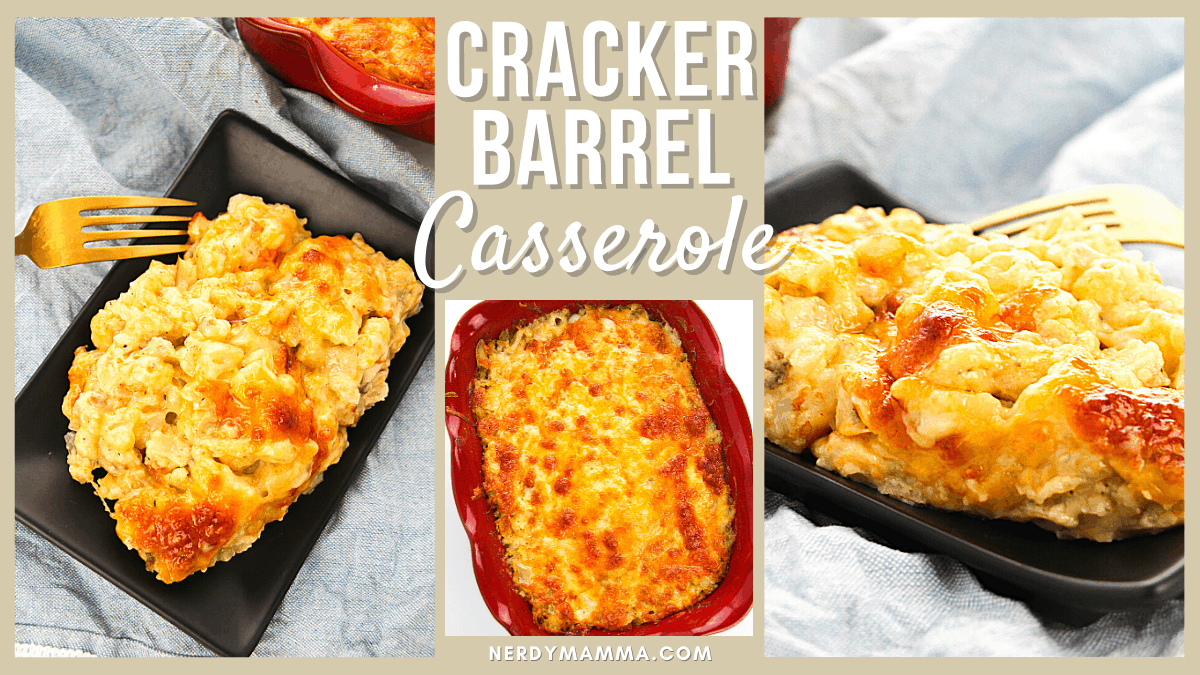 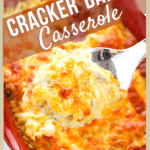 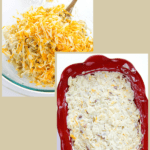 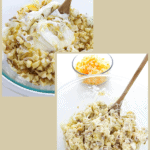 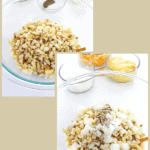 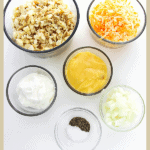 When it comes to hashbrown casserole this classic Cracker Barrel Hashbrown Casserole is what it is known for. Creamy, crisp and just like what mom used to take us out to enjoy on a rare Cracker Barrel night! LOL!

Who doesn’t know the iconic southern country-themed Cracker Barrel Old Country store where you can shop and eat?! They have so many delicious dishes on their menu. Among my all-time favorites is the Hashbrown Casserole.

These delicious, cheese-packed hashbrowns have made many people want to bring home the recipe. I admit I am one of them. Am I that obvious? And so I hunted for the recipe, tried a few things, did some tweaks, and voila!

This perfect creation is now a favorite for brunch, Thanksgiving, Christmas, Easter, or any time we have a family get together (no matter the time of day).

Although this is generally known to be for breakfast, Cracker Barrel Hashbrown Casserole can be served for any meal as a side. But it is also good as a main dish – but I’m not telling you that, just you know, letting you know that I may or may not have enjoyed it that way. Today.

But if you are going to make it as a main dish, try it with Grilled Pork. So good, so good.

Is There Meat in Cracker Barrel Hashbrown Casserole?

The original Cracker Barrel hashbrown casserole does not contain meat, unless you get the “loaded” menu item. However, in this Copycat Cracker Barrel Casserole recipe, you can add whatever meat you would like. I think it is best with bacon and some sausage…yummmm-eee!

What is the Loaded Hashbrown Casserole at Cracker Barrel?

This Copycat Cracker Barrel Casserole is the best. It is also very easy to make. You’re only dumping  the ingredients together and mixing them all up. That simple.

For this recipe, you’ll need 2 8×8-inch casserole dishes. If that’s just too much to eat in one sitting for the folks you plan to serve, one of the pans can be frozen for later. Or you can make one large 8×16-inch casserole dish and just serve it all at once to an army of hungry folks.

What is Hash Brown Casserole Made Of?

How to Make This Cracker Barrel Hashbrown Casserole:

Preheat your oven to 350°F. Grease your casserole dish and then set aside.

Combine the hashbrowns, onion, sour cream, cream of chicken soup, salt and pepper, and approximately 1 1/2 cups of the shredded cheese in a large bowl. Stir together until the mixture is fully combined and then fold out into the prepared casserole dish.

Top with remaining shredded cheese and then pour the melted butter over the top of the cheese – do not stir in.

Bake for 35-45 minutes until cheese is melted and golden, and the butter is fully absorbed. (You can turn the oven to broil for a couple minutes if you want the cheese more crispy.)

And that’s it! I let it cool for just a minute, then serve piping hot. It’s melt-in-your-mouth amazing.

How Many Carbs are in One Serving of Cracker Barrel Hashbrown Casserole?

There are approximately 31 grams of carbs in one serving of this copycat Cracker Barrel hashbrown casserole recipe. If you change the recipe, it may affect the number of carbs per serving.

How Many Calories are in Cracker Barrel’s Hashbrown Casserole?

In this copycat recipe, there are approximately 421 calories in each serving. That is going to vary by how closely you follow the recipe.

Normally, hashbrowns are made from potatoes plus some salt and pepper. (Personally, I like to add some onion to my hashbrowns.) Since the ingredients are gluten free, the hashbrowns should also be gluten free.

What are Hash Brown Patties Made of?

Hashbrown patties are usually made from potatoes with salt and pepper. However, there are infinite variations, such as:

What is Good to Eat with Hash Brown Casserole?

Hashbrown casserole can be enjoyed as a side dish, or with any number of other dishes, including (but not limited to):

What is a Serving Size of Hash Browns?

The typical serving size of hash browns is about one cup. However, if you’re having breakfast a my house, be prepared to eat at least a couple of cups of hash browns!

What to do with Leftovers

Any leftovers can be stored in an airtight container and placed in the fridge. They should last in the fridge for about three to four days (not at my house). To reheat, place them in the microwave, covered with a paper towel, and heat for about 1 to 2 minutes. Alternatively, you can place them on an oven safe dish, cover with foil, and heat in the oven at 250°F for about 15 minutes, or until warmed through.

Don’t forget to Pin this recipe into your favorite recipes Pinterest board for later, especially if you are not yet ready to make this–but you know you want to! LOL!

This easy, country classic Cracker Barrel Hashbrown Casserole Recipe is so full of tasty flavor. Perfect not only for breakfast but also for any meal of the day.

If you like this recipe, check out these others, too.