(Inside: There’s been a massacre. A strange and crazy chocolate-sized massacre that has yummy written all over it. This is, without a doubt, the most tasty Bloody Monster Bark that’s ever been had. And it’s all because chocolate and monster collided.)

Look. I have like zero time to make anything for the kids’ holiday parties.

So, I’m always trying to come up with ideas that I can throw together in like 20 minutes or less.

This Bloody Monster Bark is the absolute perfect option for that situation.

Less than 10 minutes and this slapped-together is SO AWESOME.

The kids will eat it up.

Even if it is a bloody mess. Heh. 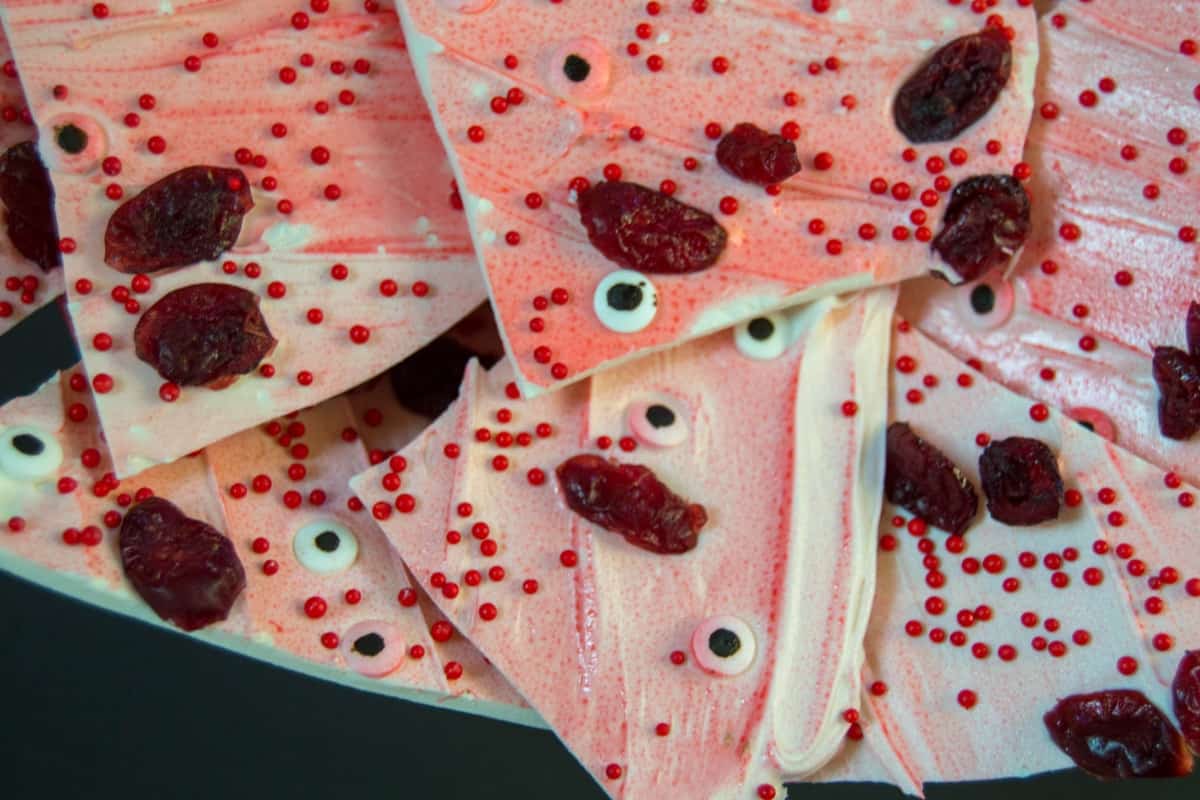 Seriously, this is such an easy put-together, I let my kiddos have at it.

Bloody Monster Bark was so simple–the 3 year old was able to contribute. Which is awesome. Because coming up with recipes that she can do is hard.

And I have to teach that kid early to cook, because somebody’s gonna need to feed me in my old age. Heh. 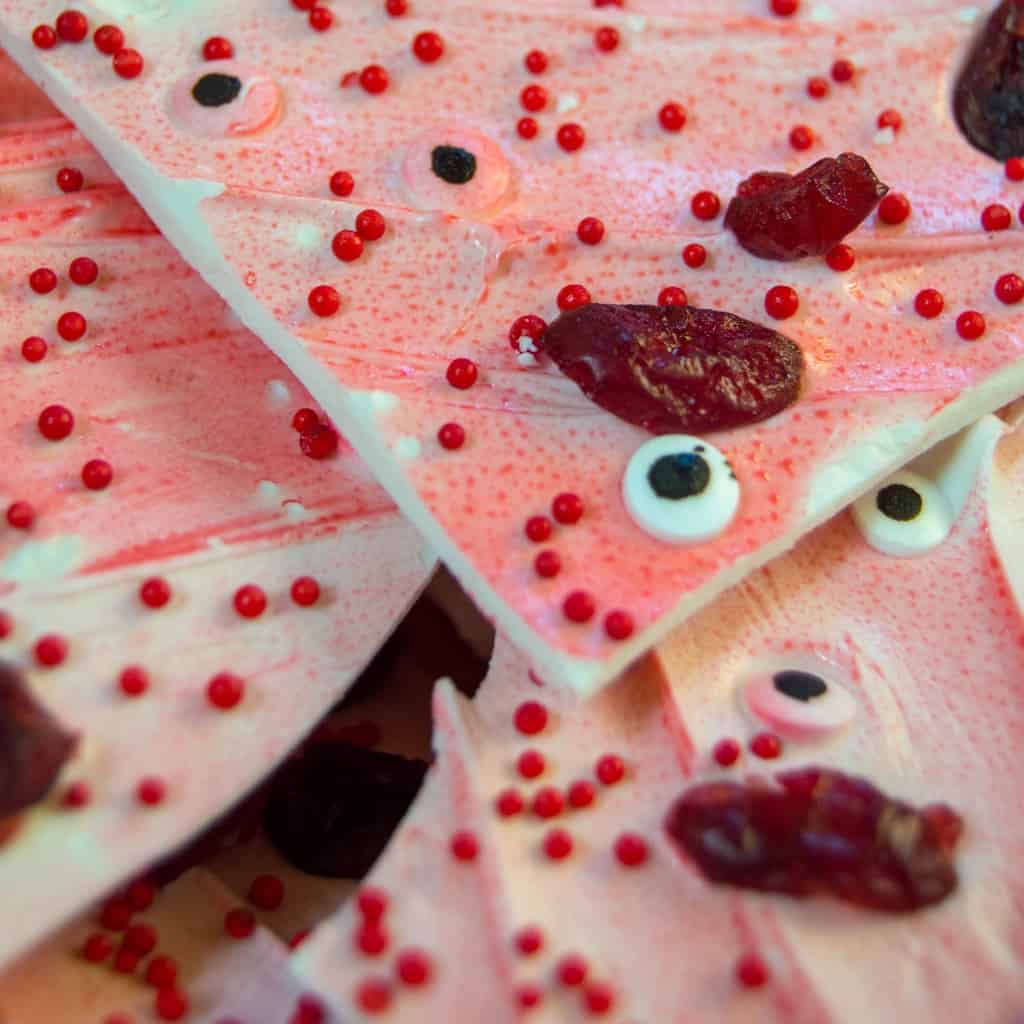 And the massacre of red really appealed to my 5 year old.

Frankly, I think she had more fun making the Bloody Monster Bark that is really allowed.

And she kept yelling “blah! blah!” which I don’t get.

It’s not like this is “Dracula Bark” or something.

Or maybe it could be.

Now, if you like this idea for Bloody Monster Bark, but you’re not staring down a school Halloween party in the next hour that you’re not prepared for, go ahead and pin this so you’ve got it when times get desperate. 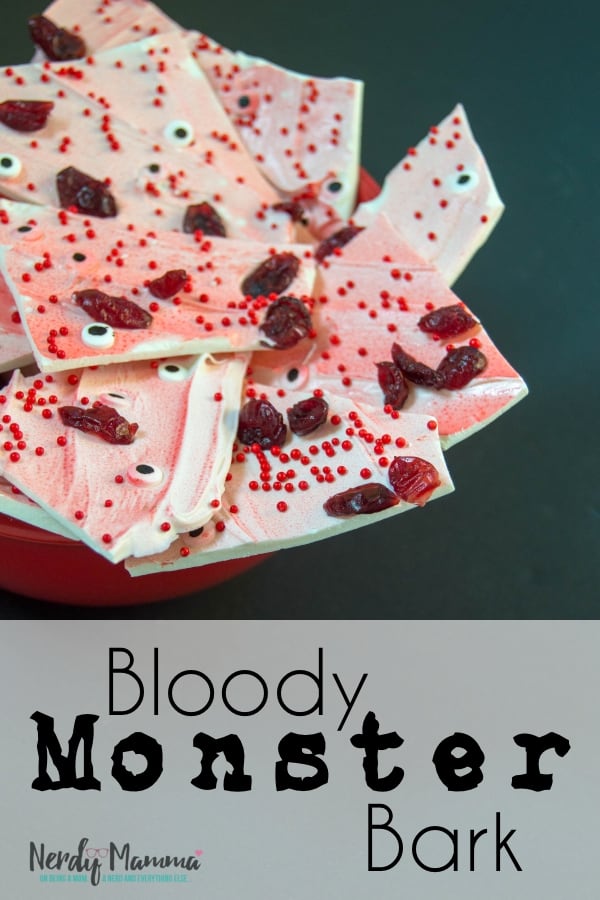 And check out this adorable video I made of the making of the Bloody Monster Bark…so cool.

There's been a massacre. A strange and crazy chocolate-sized massacre that has yummy written all over it. This is, without a doubt, the most tasty Bloody Monster Bark that's ever been had. And it's all because chocolate and monster collided.