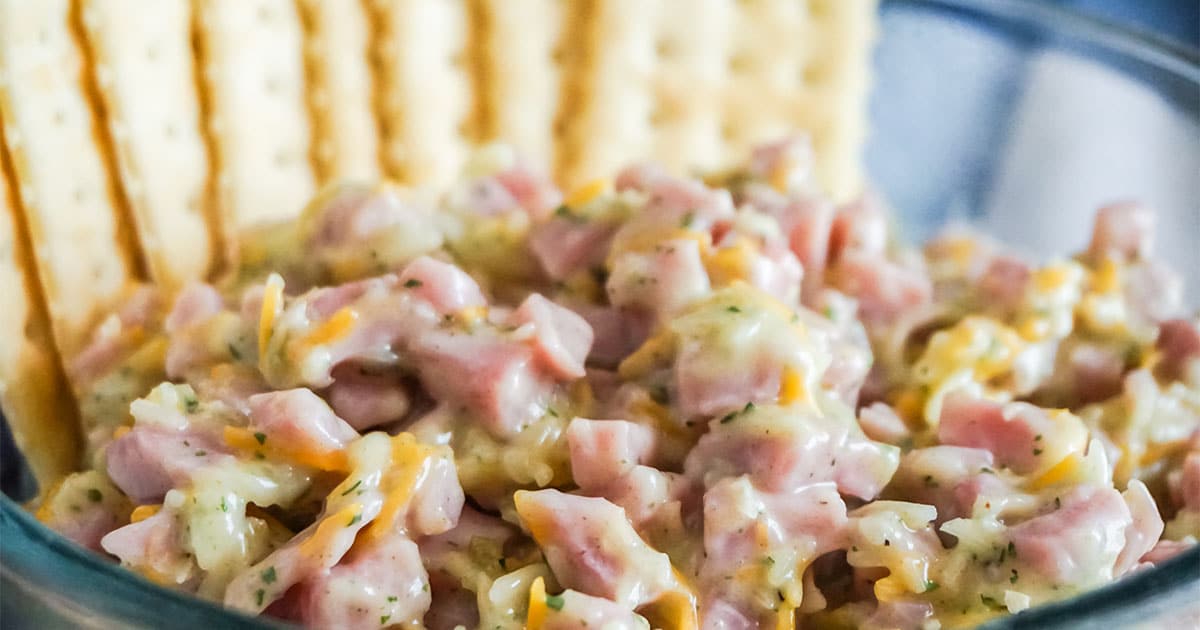 Want to use that leftover ham or just try something different with your ham? Make this no-fail Ham and Ranch Salad. There are only five ingredients, and you can use canned ham or non-canned ham…whatever suits your fancy.

What are the Ingredients to Ham Salad?

The ingredients included in Ham and Ranch Salad are:

Some folks like to add other ingredients, such as:

You can put anything that you want into your ham salad. My mom used to add pecans and diced sweet apples. But, you can make your ham salad your own way!

How to Assemble Your Ham Salad

Put the diced ham in a large bowl, add the mayonnaise and dry ranch mix and stir until combined. Add the cheddar cheese and sweet relish, then stir and serve. That’s all there is to it…simplicity at it’s finest!

What is Deli Ham Salad Made of?

That would depend on the deli. Some deli’s use cooked ham that has been ground, others use diced ham (just like homemade ham salad). The other ingredients may include mayonnaise, salt, pepper, sweet relish, diced pickles, onion, cheese, and other items.

What is the Meaning of Ham Salad?

Ham salad is a mixture of ingredients where the main ingredient is ham. You may be familiar with other edible salads which are made in basically the same way as ham salad. Some of those other salads are:

All of these salads include the main ingredient that is mentioned in the name and other chopped or diced veggies, cheese, spices, and an unlimited number of other additions.

How Long Does Ham Salad Last?

Ham salad can be stored in an airtight container in your refrigerator for about 5 days. Of course, that could change, based on the freshness of the ingredients used in your ham salad.

Ham can be kept frozen after being placed in an airtight container, and should keep for about 3 months. However, ham salad, with all the other ingredients will probably not freeze and thaw very well.

What do You Serve with Ham Salad?

Ham salad can be served as an entrée, snack, or sandwich. Let’s say you’re serving it as an entrée, here are some suggestions to serve it with:

If you’re going to serve your ham salad as a snack, spread, dip, or hors d’oeuvre, it can be served with:

Say you’re going to serve your ham salad as a sandwich, here are some things to serve along with it:

What Can I Mix with Canned Ham?

Here are some things you can mix with canned ham: