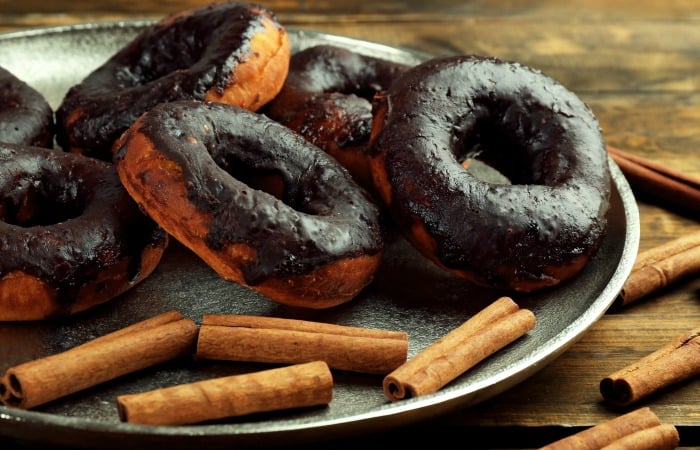 I decided to go a little cinnamon-crazy this last weekend. Not like in a “swallow it dry” thing or anything–because that apparently can make you gag and it’s all gross and stuff. No, I went a little cinnamon-crazy in that I tried to add it to everything. There was a dash in that, a pinch in this…and a whopping 2 tablespoons in this recipe for Vegan & Gluten-Free Cinnamon Donuts with Chocolate Glaze. Now, before you cringe, it was really, really good. And with a hot cup of coffee? My husband asked me to make them again next weekend–that’s how awesome they were.

Ok, so if you’re not a fan of cinnamon, this is probably not the recipe for you. In all honesty, it is seriously a lot of cinnamon. But, I was experimenting and ended-up enjoying them (so much so that I ate quite a few of them before I could snap photos, so you’re not seeing the full batch…sorry–actually, not sorry). So, for someone like me that loves cinnamon, this is a great recipe where I can get all the yummy goodness, without choking on a mouthful of it. Heh.

And, if I’d been smart, I would have made some quick apple cider to go with them. But, alas, I was not one for thinking on my feet this weekend–too many things going on. But the donuts were great with coffee, so I’ll just try the cider later and lament nothing now. LOL!

I went a little cinnamon-crazy in that I tried to add it to everything. There was a dash in that, a pinch in this...and a whopping 2 tablespoons in this recipe for Vegan & Gluten-Free Cinnamon Donuts with Chocolate Glaze. 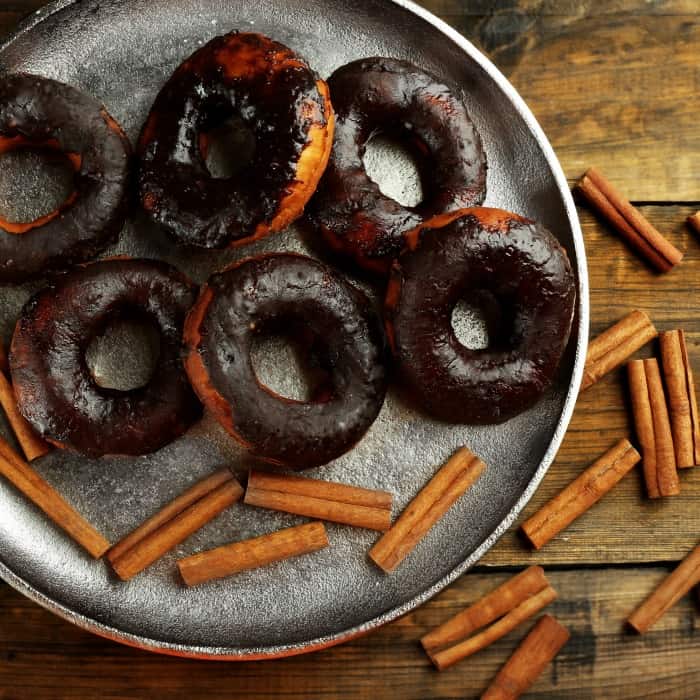 I HAVE to know how your Vegan & Gluten-Free Cinnamon Donuts turn out! Leave me a comment below or find me on Facebook. I’m dying to know if you love them as much as I did!