I have opinions. A lot of them. This is my opinion on why Mean Girls (and other urban legends) don’t really exist. That we’re just giving them that power. And not teaching them how to act in social situations. Because it’s all about pushing back–teaching them that they can’t get their way just through pushing on you.

Mean Girls (and other urban legends) 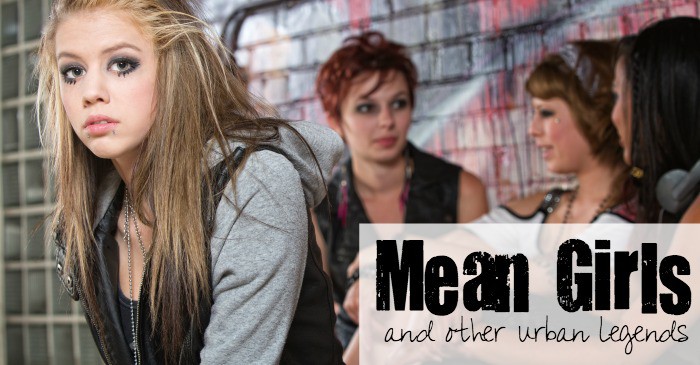 Let’s be clear–the words “pushing back” can be anything. Anything at all. Standing-up for yourself doesn’t have to be anything special. I admit, I’m a dinosaur, I’m 35 and high school was a long time ago. But I had a bully (more than one, but this is a great story) that was pretty hot for me, I think, now that I look back on his behavior (which was probably the problem–he didn’t think I’d take him up on the offer of boyfriend-girlfriend-hood).

This bully not only picked on me, but also on my boyfriend. But, you see, my boyfriend wasn’t a big guy and this bully was. So, my boyfriend didn’t stand up for himself. But one time, it happened in front of me–in a sea of people in the hallway (so there were lots of witnesses–the best time!). I whipped around after that bully hit my boyfriend in the back and I stuck my finger in his face. I told him how immature he was acting and how, if he wanted to pick a fight with someone, he could fight me–because this girl would whip his sorry butt in front of all these people (even though I probably could not have won–I was just blustering). Then I turned around, slipped my hand back into my boyfriend’s and walked away.

The bully never bothered us again. Again, he just didn’t know. And I took his power away. 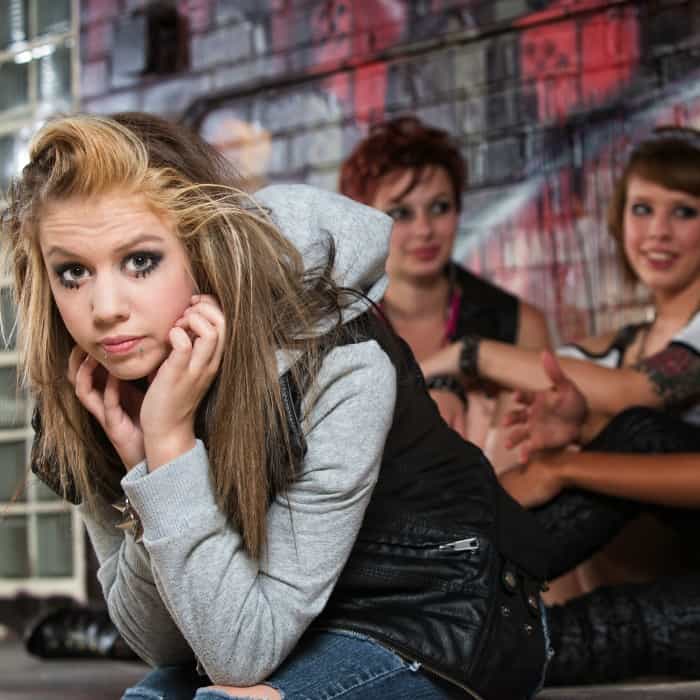 So, what do you think? Are we giving too much power to mean girls and bullies? I do. But I’d love to hear your opinion (unlike my bully, I am all for open-discussion by equal and dissenting adults–heh). So, leave me a comment below, or hit me up on Facebook! I’d love to hear from you.