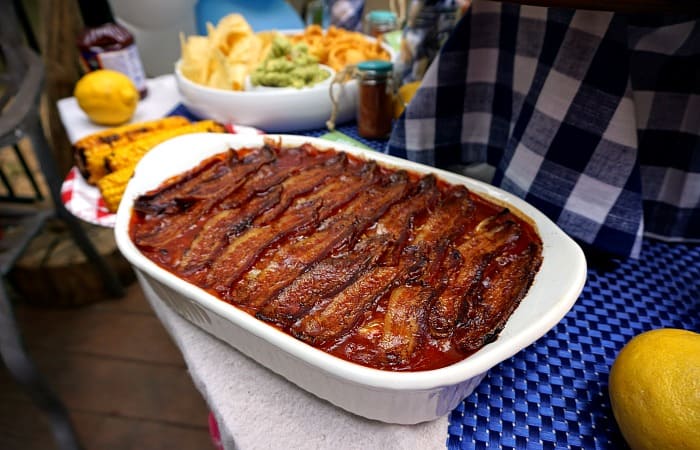 We were getting ready for a big BBQ at my house the other afternoon and I was in a pinch…what to make for a side? Nobody really wanted potato salad (some of us are allergic to eggs, others dairy–so it would end up being just mashed potatoes), nobody really wanted coleslaw (see egg reference)…so I was up a creek. Then, I remembered my mom’s recipe for Mamma’s Famous Southern-Style BBQ Baked Beans. So easy. So fast. And totally looks like you spent forever picking those beans on your own. I love it. Best BBQ side ever.

To be honest, when I was growing-up, we ate these Southern-Style BBQ Baked Beans fairly regularly. We were a BBQ kind of family, so anytime we had brisket, burgers or anything that COULD be cooked on the grill, it was. And that meant a yummy side dish of baked beans was mandatory. Because, really, who wants to spend forever over the stove or chopping stuff in the kitchen while everybody else in the family is having fun playing out in the backyard while the grill is going?!

So, baked beans it was. And for this BBQ at my house–baked beans it was. Everyone not only loved the presentation (because, you know, it looked like I took forever putting it together–but it did not), but they also loved the rich flavor. It partners so well with a thick slab of beef or a leg-of-turkey (which is what we had). And, everybody went home full. Which was the point, right? Heh. 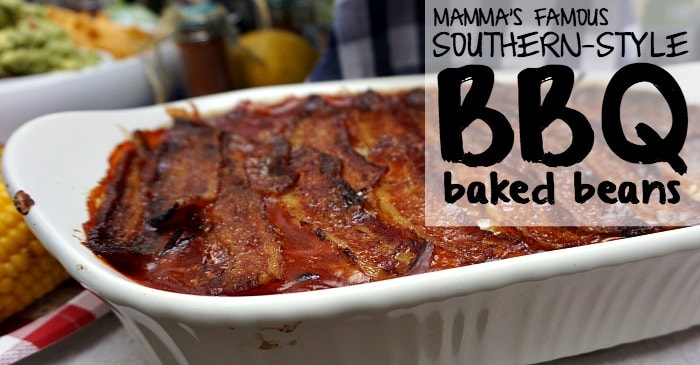 Mamma's Famous Southern-Style BBQ Baked Beans. So easy. So fast. And totally looks like you spent forever picking those beans on your own. 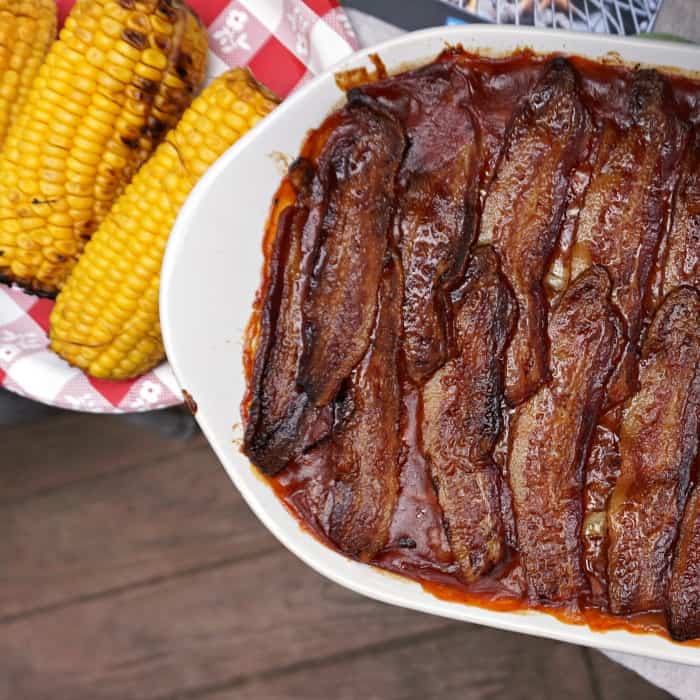 It seems like an easy-enough recipe (to me) that anyone could follow and get some no-fail Southern-Style BBQ Baked Beans on the table in no time. But, I’d love to hear what you think–too sweet? Perfection in a bean? Hit me up with a comment below to let me know! Or, find me on Facebook–I’d love to hear from you! 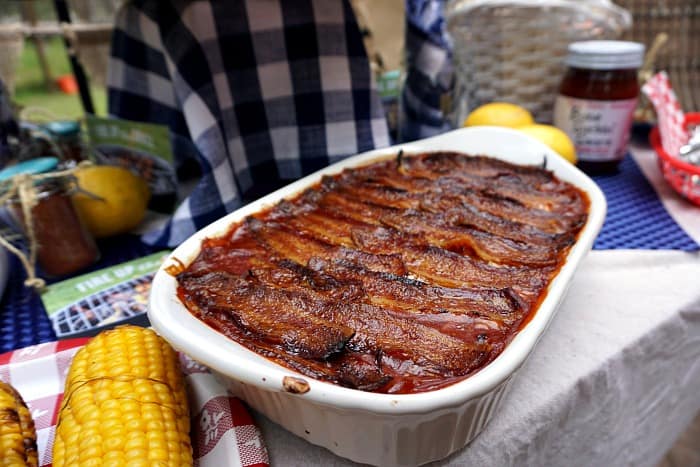