How to Throw a Backyard BBQ Party Together Fast & a Giveaway! - Nerdy Mamma

This post was sponsored by Honeysuckle White turkey brand as part of an In-Home Party Activation for Influence Central. I received complimentary products to facilitate my review.

So, I was flummoxed the other day…I’d invited our entire family to our house for a BBQ earlier in the week–and totally forgotten. I had about a half-day to toss a BBQ together in the backyard and no one to help me. And no time to even think: “I’m doomed.” Heh. So, I found a way and, on the way, learned How to Throw a Backyard BBQ Party Together Fast. A great skill for a summer that’s shaping-up to be a busy one! LOL! 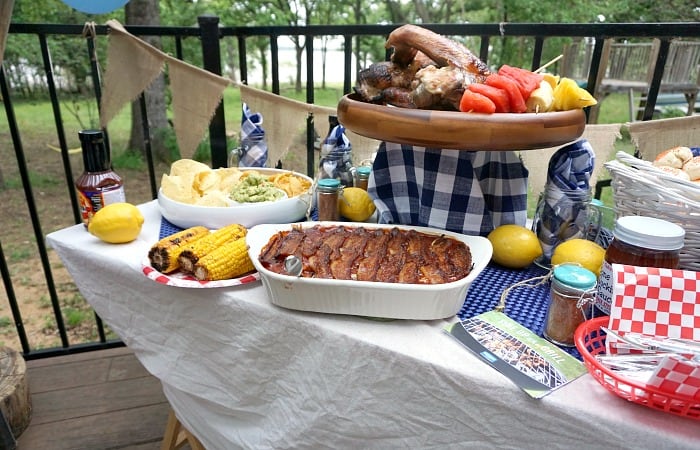 I didn’t even know you could throw a backyard BBQ party together quickly. I thought it took DAYS to marinate, slowly cook and get everything together. But, when I came across an idea to grill Turkey (yeeeess), it was like a lightbulb came on. Honeysuckle White (my fave turkey, by far) made me look like a grill master, without all the fuss. 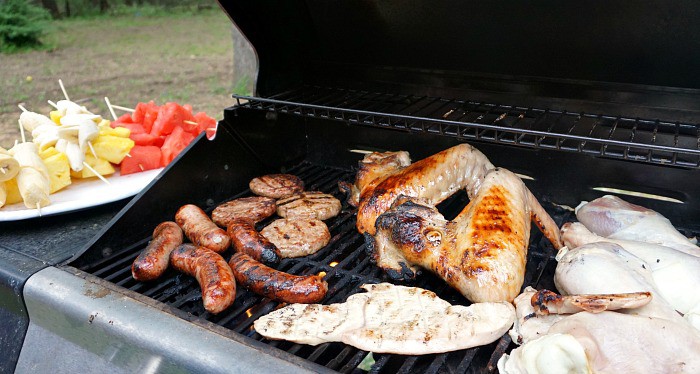 I was able to get all sorts of  fun, new flavor combinations perfect for tossing on the grill with the turkey. And because Honeysuckle White turkeys are raised on more than 700 independent family farms, I feel good about putting that on the table for the fam. So, what did I do? Lemme tell ya, it was fun… 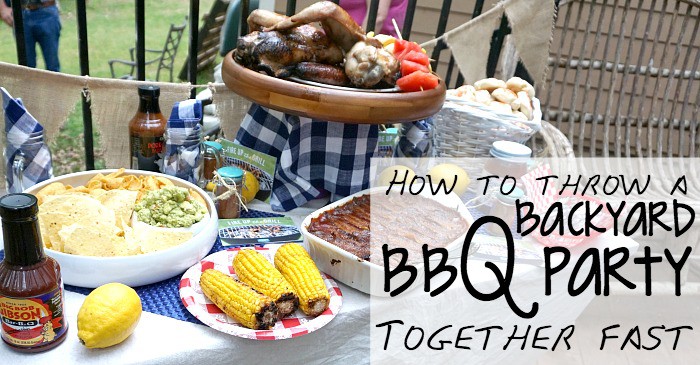 How to Throw a Backyard BBQ Party Together Fast 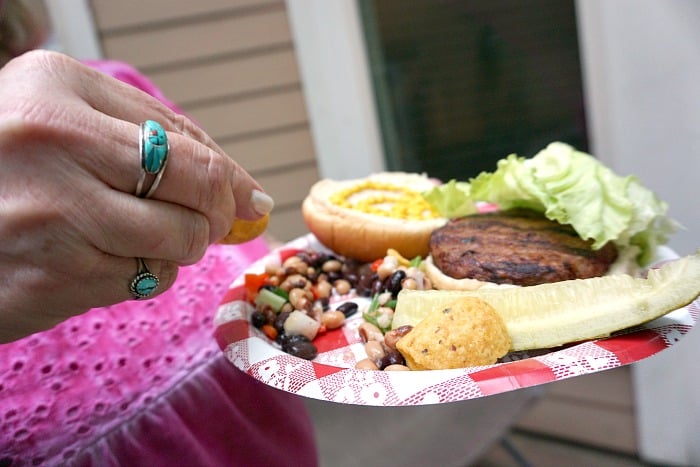 Did you catch all that variety in the turkey??? And all raised without growth-promoting antibiotics AND for a really reasonable price. If you want to learn more about why I love Honeysuckle White, check out: bit.ly/1SO4Uxi.

You can find Honeysuckle White products throughout the Midwest and west (and south-heh) at almost every grocer. For my lovelies out on the East Coast, you can look for Honeysuckle White’s sister brand, Shady Brook Farms turkey, which is just as good, I hear…heh. 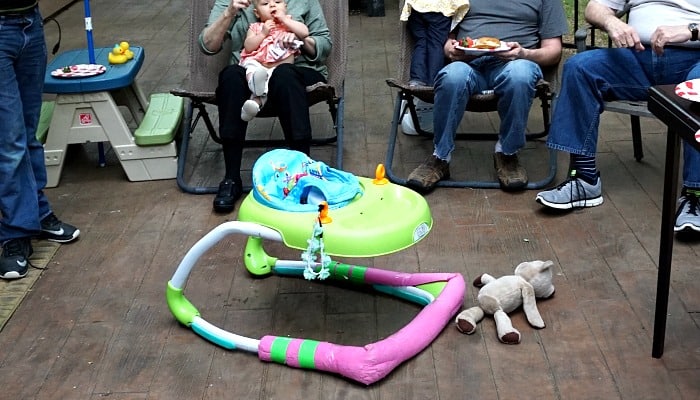 This was easy, I just set up a wide piece of wood over a couple of TV trays on the deck, then tossed a white tablecloth over it and threw some blue-and-white checkered napkins out with some leftover lemons. A few balloons, a second table for fruit and drinks and DONE! I mean, this was really simple, with the grill, the deck, the fun weather. It was just nice. And, I was able to have little favors of rub in cute little jars along with some recipe cards for turkey-on-the-grill for my guests…it was quite the stellarly awesome shindig, if I do say so myself. LOL! 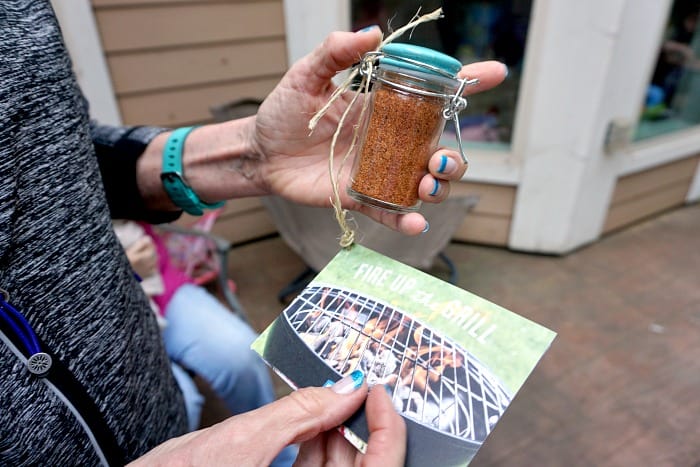 Ok, so be sure to drop me a comment below to let me know if you have any ideas I can add to the list for How to Throw a Backyard BBQ Party Together Fast. I might have to do this again soon…so, there’s that. Heh. And remember: Honeysuckle White is all about turkey with a purpose. To learn more, visit: bit.ly/1SO4Uxi

Now, my lovelies…for the GIVEAWAY! 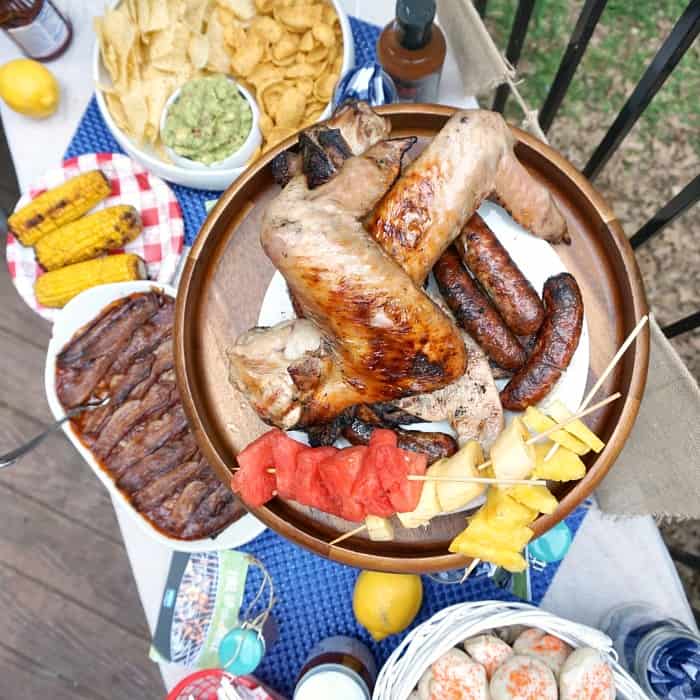 Contest entrants are only eligible to win once per sweepstake, per household as part of a campaign sponsored by Influence Central. 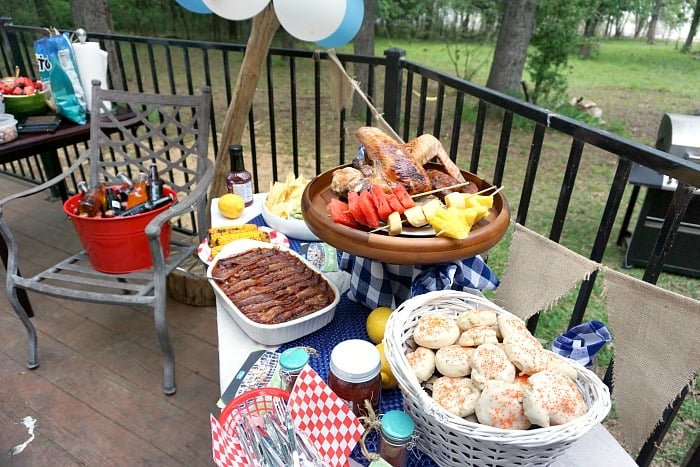