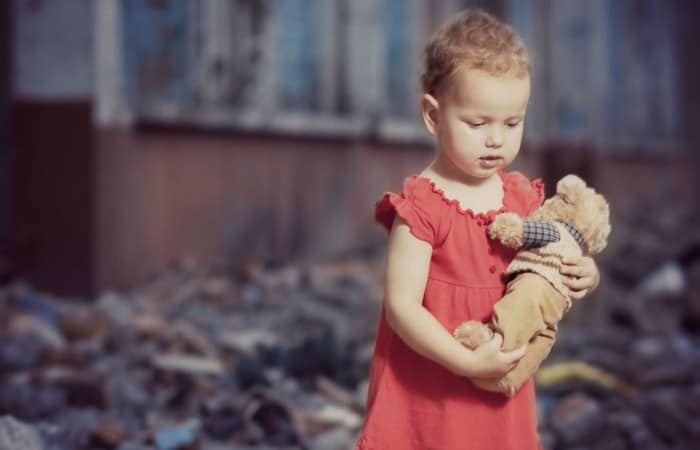 I’ve been told, repeatedly, that sufferers of child abuse can just “get over it” with the help of therapy and time. But, like rape victims, I just don’t think that’s true. Regardless of whether the abuse was sexual or not as a child, it shaped that person and who they were. They’ll never be wholly “normal” (especially in their eyes) and the effects don’t just stop with them. So, if that’s the case, Where Do the Effects of Child Abuse End? Are their children “normal”? What about grandchildren? I think we need to think about these things before we tell people to just see a therapist…

Where Do the Effects of Child Abuse End

Children are being shaped. Every day and every part of the day. Every experience is either a reinforcer of good, or a chain in the series of bad, in the development of a human being. So, if a child, who is being shaped into what they will be, is abused verbally, sexually, physically, or neglected, those experiences are written on them in a permanent way that can’t be erased with time or words.

Take for example a very close friend of mine. She’s about my mom’s age and she was not only physically and verbally abused, but she was neglected, too–and one of her siblings was severely sexually abused when they were growing up. And my friend’s children were not–none of that business with the second generation. So, score one for her there (because she made the choice and promise to stop the abuse there), even though most abused children DON’T grow up to abuse other kids…just FYI. But, her children WERE affected by the abuse.

My friend will openly tell anyone her story–and the affects her abuse have had on her kids, so I’m not sharing secrets. Her children had a full-to-bursting pantry; MORE than adequate supervision (I can remember that when we were at her house, we were “line-of-sight-only”); her kids were warned, openly and honestly, not to be around their grandfather (the sexual abuser in the case of her sister); to watch and be active in protecting themselves and others from harm; and, most of all–her children were told exactly what abuse is and what she suffered in no-punches-pulled honesty (and from what I know, it was brutal). While those children were growing, being told all these things, supervised closely, warned, and so on, they experienced a retelling of some of the most difficult things anyone can experience. And so they, too, were a little scarred–permanently marked with just the story. 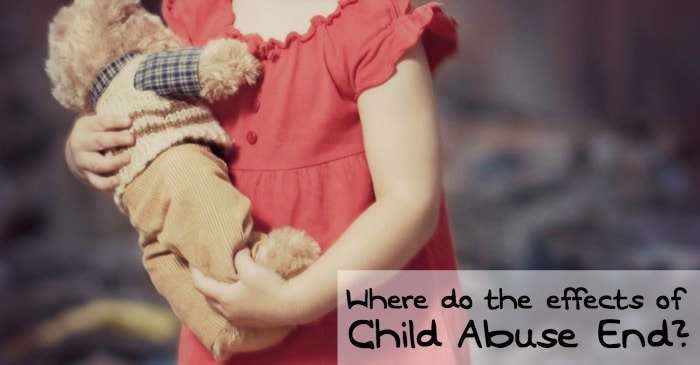 But did this really change her children? I’d like to think not, because that would be sweet–that those kids would (and did) grow-up to be really nice people I’m proud to know, without the influence of that second-hand-cruelty. But I think that her stories DID change those kids and help shape them into the people they are.

Now, the question is: What will the children of the children of abuse be marked by? Will they have little scars, too? A third-telling version of information placed there strategically like their parents? How deeply will those scars affect them? Will they be champions against bullying, sacraficing themselves to help others like their parents? I genuinely don’t know. I know that my friend’s kids are staunchly in your corner–for anyone in need. They would both rather feed the hungry child than eat themselves. But will their children be so kind? Will the stories of grandma being so hungry that she borrowed a dime from the neighbor for bread and made butter sandwiches be so strikingly powerful to her grandchildren? 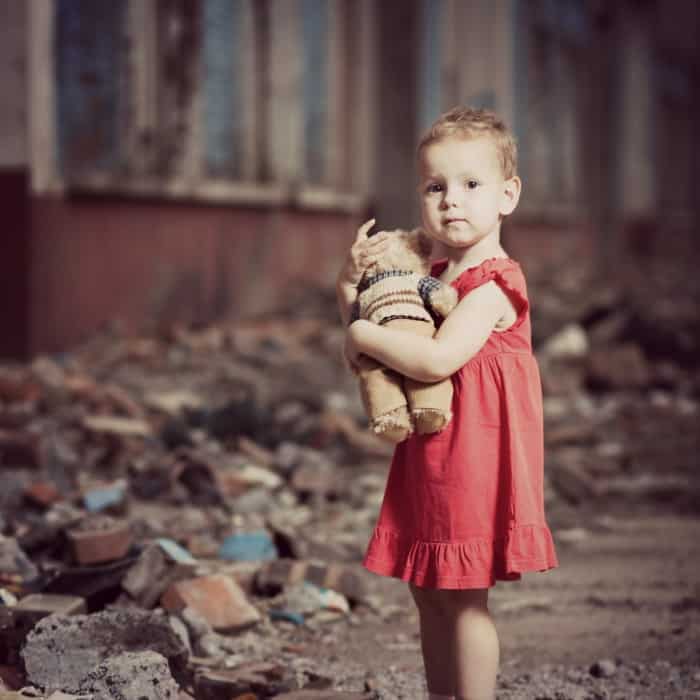 I don’t know. And the not knowing makes me–anxious. Where does the power of that abuse end? With great-grandchildren? Is it just when the stories stop being told? Because, really, Where Do the Effects of Child Abuse End? With the abused child’s great-grandchildren? Maybe. But then, is there a danger of a cycle of familial re-lapse.