I have to tell you, this is probably the best ice cream I’ve ever made. I’m not joking. I’ve made Cake Batter Ice Cream, Toffee Ice Cream, Rainbow Ice Cream and even Buttered Rum Ice Cream–just to name a few. But this Gluten-Free & Vegan Salted Caramel Ice Cream surpasses them all. I am not kidding. If I could have one ice cream forever, this would be it. I mean, I know I can’t just re-post this recipe over and over, so you’ll see others–but I would if I could. I would totally just make this all the time and re-post it a million times…that’s how awesome it is. Heh.

I have to say, I’m not the only one a little in love with this ice cream. All of my kids had more than just a little taste and were, well, enamored–greedy for more. Too bad I only made enough for one bowl (just keep telling the kids that…and telling them to ignore the bowl in the freezer that LOOKS like it has some Vegan Salted Caramel Ice Cream in it–because it doesn’t, I promise…).

I mean, I’m not TELLING you to lie to your kids, but that is what I had to do to keep mine from eating all of it in one sitting. For reals–they would have scarfed it all if I hadn’t taken some serious emergency measures to keep them out. Because I think I have an addiction to this ice cream. I NEED it. I need it and they can’t have it–it’s my pppppreeeecioussssessss….oh, crap. 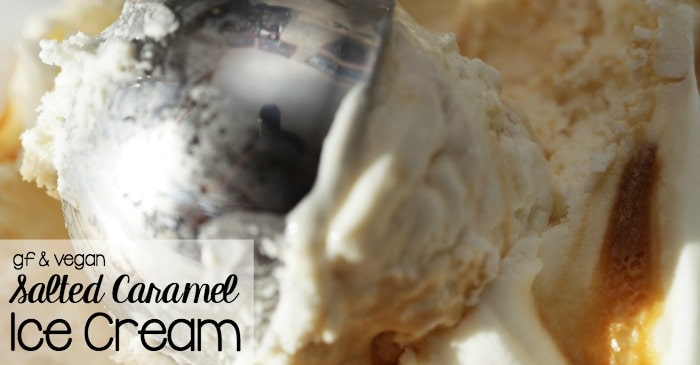 This Gluten-Free & Vegan Salted Caramel Ice Cream surpasses every ice cream I've ever made before. I am not kidding. If I could have one ice cream forever, this would be it. 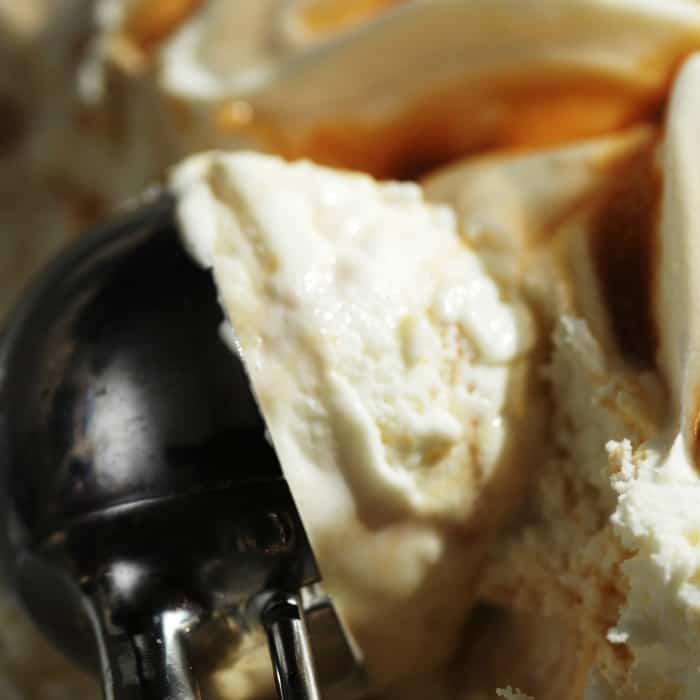 Alright, let’s be clear, I probably am too addicted to be allowed to make any more of this Gluten-Free & Vegan Salted Caramel Ice Cream. But you feel free to make some of your own.And don’t forget to pin this post so you can make this ice cream all summer long!