My son is really getting into the hype surrounding Star Wars Rogue One. He was just telling me today about some actor that spilled the beans about his role. Like I really care who is playing what and how the story will come together until the story is actually there to be seen…But anyway, he’s been so jazzed, I made him a special treat to kind of play into it. Star Wars Rogue One Vegan Toffee Ice Cream. Of course, it’s vegan and gluten-free, because that’s how I save the universe. LOL! 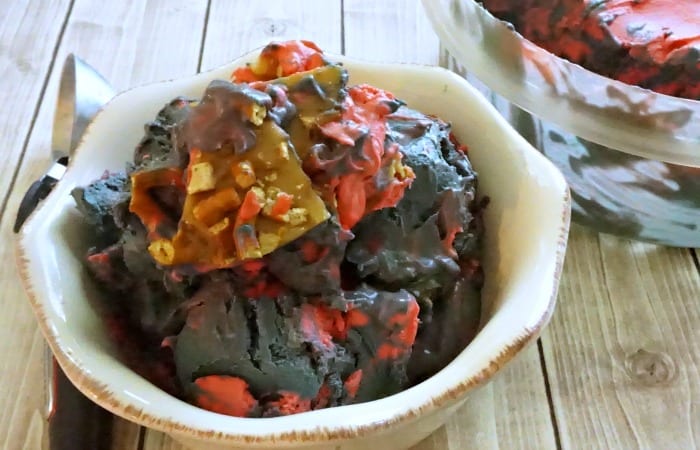 It’s not that I’m not excited about Rogue One. Or any other Star Wars movie. Don’t get me wrong. I am all about Star Wars and Pew-Pew fun. But the boy is taking this to a whole new level. It’s like EVERY DAY he’s got a new factoid or tidbit. And don’t get me started on the discussion surrounding the fact that the lead is a female (which he doesn’t care, by the way, but, apparently some of the guys at school think it sucks)…whatever. So, to shut him up about the stuff I don’t care about so I can get back to my personal viewing of The Force Awakens (yes, I’m watching it on my phone right now), I made this Star Wars Rogue One Vegan Toffee Ice Cream. Don’t blame me. Blame the kid. I had to stop the madness somehow. Heh. 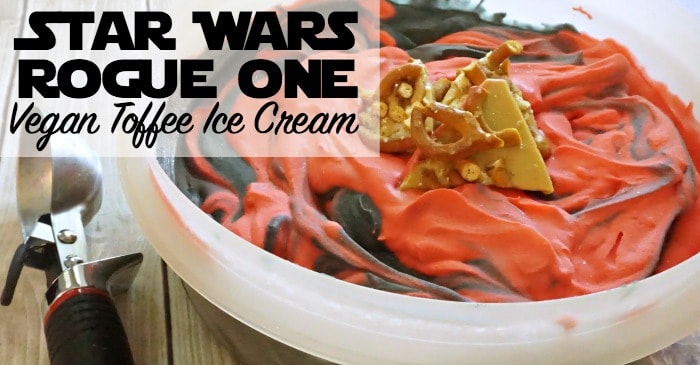 Star Wars Rogue One Ice Cream with Toffee. Of course, it's vegan and gluten-free, because that's how I save the universe. LOL! 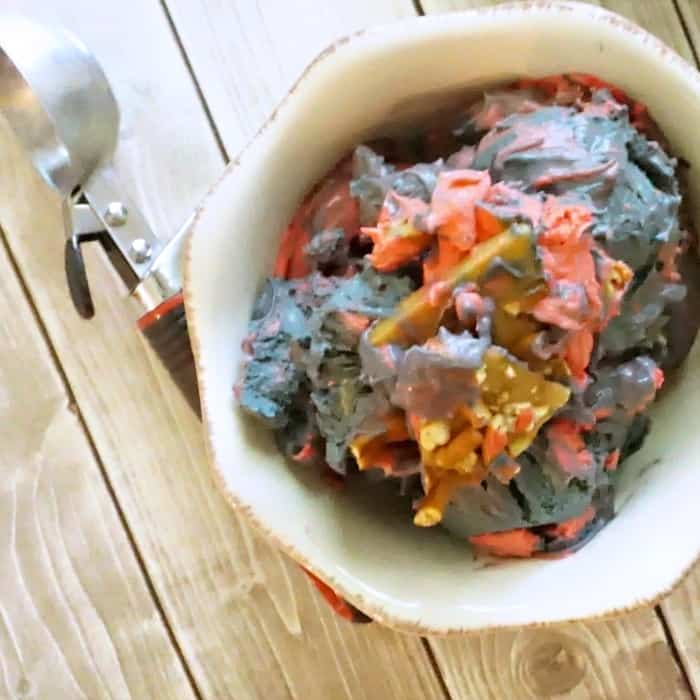 So, what do you think? Is there a little Star Wars Rogue One Vegan Toffee Ice Cream in your near future? Or is it in a future, far, far away? I hope not. This stuff is too good not to try at least once (although you’ll be addicted, I’m sure). Let me know how it turns-out. I’d love a comment either here or on Facebook. you know you want to pop-by there, say “hi” and leave me a little like-lovin’…don’t you?! LOL!
Join us as we celebrate Star Wars Day – May 4th with some wonderful galactic inspired crafts, recipes and activity ideas!

Try this Star Wars Sensory Bin from Something 2Offer

The Jenny Evolution has some great Activity Books for All Ages

Share It! Science News has some fabulous Activities for Exploring Planets with 2 Suns!

Make some of these fabulous Droid Crafts from Play & Learn Everyday

These DIY Party Favours from Kidz Activities would be a hit at any party!

Mrs LeBlancs Learners are learning Star Wars in the Classroom

Make your own Airplane Fly Off like Royal Baloo!

Erupting Death Star plus an I Spy Printable, some fun ideas from Little Bins