I love hashbrowns. They’re kind of the pinnacle of awesome potato goodness. You can do anything with them and I do (mashed, fried, pancaked, you name it–I’ve done it). Just full of vitamins and so good, I want to marry hashbrowns. And maybe I kind of did when I made this Loaded Hashbrown Skillet for Dinner. I mean, it’s not like I exchanged any vows with the hashbrowns, but…some promises were made…that’s all I’m sayin’. 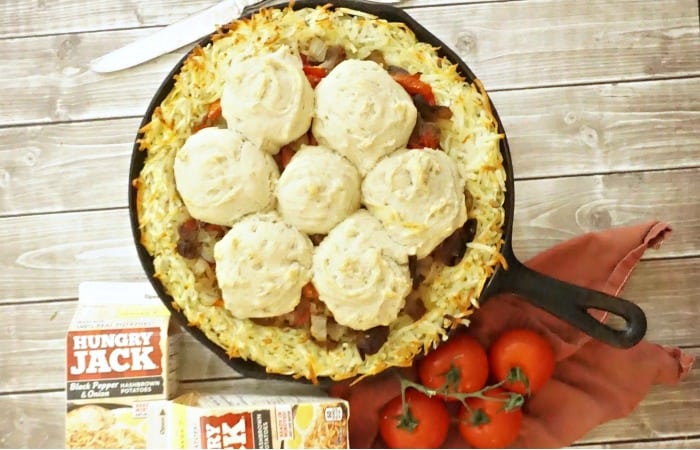 I’ve made this recipe before–its something my husband and son REALLY love. But, what made the Loaded Hashbrown Skillet really pop this time was using the NEW Black Pepper & Onion flavor Hungry Jack. If you haven’t ever used Hungry Jack, you should try it–and try the Black Pepper & Onion. It’s awesome. Anyway, this recipe comes together pretty seamlessly and easily–making for a great weeknight meal I can throw together after everyone gets home from work and school and whatnot. 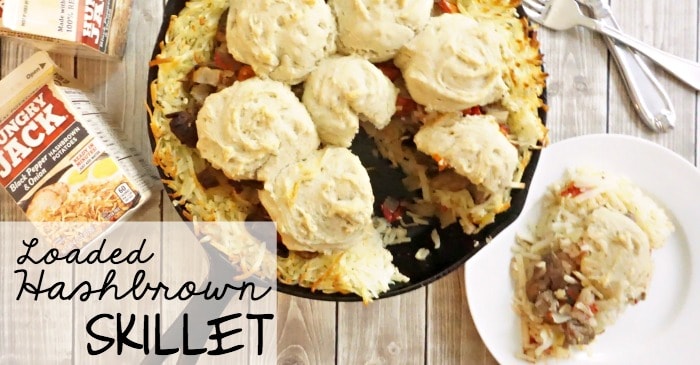 The other thing about this recipe? Warms-up great as leftovers. So, if you OVERLOAD your Loaded Hasbrown Skillet (like I have a tendency to do–see exhibits 1 through 4, the photos), you can totally get all the mileage out of your home-cooked meal that it deserves. I mean, “cooking” leftovers rocks, ‘m I right? Yeah.

I want to marry hashbrowns. And maybe I kind of did when I made this Loaded Hashbrown Skillet for Dinner. I mean, it's not like I exchanged any vows...maybe. 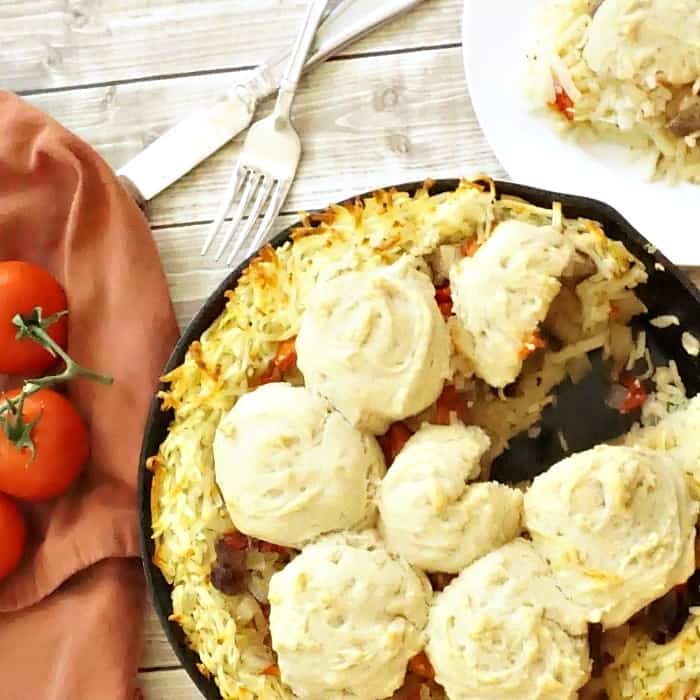 Ok, so you totally need to enter the Hungry Jack Hashbrowns for Dinner Contest between May 9 and June 19 by voting for your favorite recipe photos (mine, right? heh) for your chance to win a Grand Prize trip to a NASCAR race on the Hungry Jack website. That sounds like a really fun weekend, right? I’d love to go–but you have to enter to win, so hurry over and hit ’em up and vote for  I mean, your favorite (meaning my) recipe! 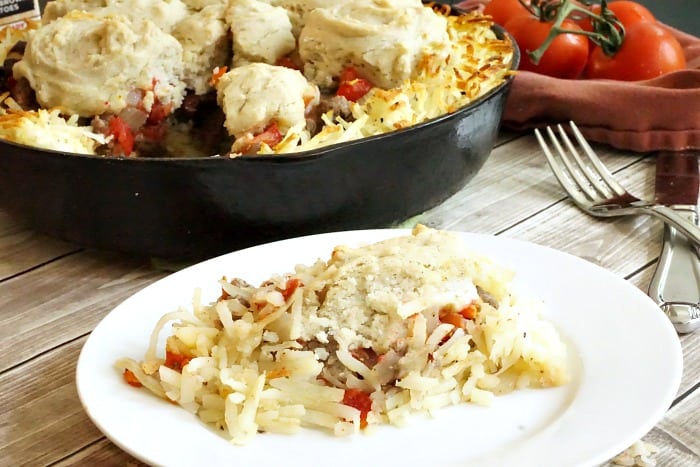 So, what do you think of my recipe for Loaded Hashbrown Skillet for Dinner? Gonna try it this week? I know you will, so head over to download your coupon (and pop-in your vote for the contest!) with Hungry Jack…and if you’re curious where to buy this delicious ingredient (kinda the MAIN ingredient–it is Loaded HASHBROWN Skillet, after all), then look it up on this handy store locator! And drop me a comment below to let me know how your Loaded Hashbrown Skillet turns out!

I was selected for this opportunity as a member of Clever Girls and the content and opinions expressed here are all my own.