I’ll be honest, until recently, I’d had no reason to enjoy a cucumber sandwich. It’s just not a snack I think of on the regular–and since I don’t eat a ton of cheese (being lactose intolerant, me), I tend to just “taste” food with cheese rather than enjoy a few bites and make a meal of it. So, cucumber sammies were out. Until now. Aaaand now…I’m a little addicted, I think. Mild and smooth, these Easy Dairy-Free Cucumber Sandwiches are so ridiculously yummy. I had no idea this was what I was missing. Yay, me, for figuring it out. LOL! 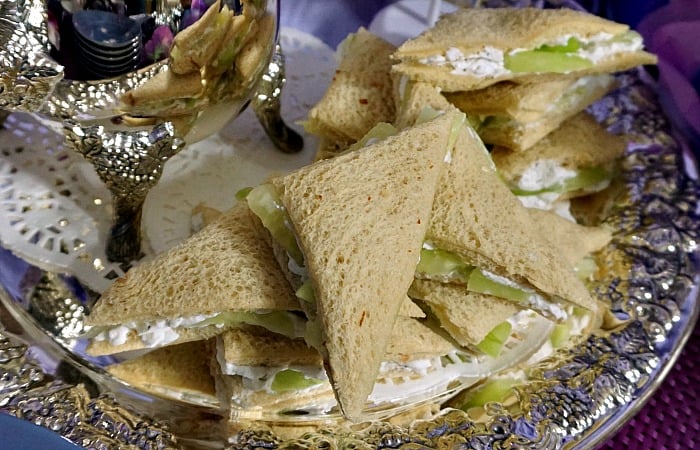 So, what spurred this little sandwich-making-experiment, you might ask (because I know you’re dying to know) was getting ready to throw a little tea party I decided to throw for my daughter’s half-birthday. Nothing super big or anything–just a few people enjoying a cup of tea, a little DIY Quiche, Dairy-Free Cucumber Sandwiches, Easter Peeps S’mores Crack Bark, and some Meringue Ice Cream Towers. No biggie, really. But I was so pleased with how these sandwiches turned-out, I’ve made them twice since then–even through the party isn’t for a few more days. Silly, yea? Something I’d never tried and now I can’t get enough. And there’s not even any sugar in it! LOL! 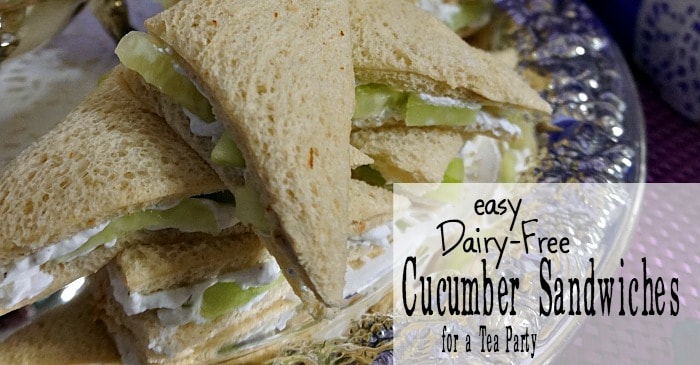 So, look for the details on the party in the next couple of days–we’ll be tweeting and instagram-ing live. I am pulling it together with pretty lavender colors and a cherry-blossom theme (my borrowed tea set even has cherry blossoms on it!). So, you’ll love it when you get to see how I bring it all together. Now, on to the star of THIS post, the Dairy-Free Cucumber Sandwiches. Because no tea party would be complete without them. Heh.

Mild and smooth, these Easy Dairy-Free Cucumber Sandwiches are so ridiculously yummy. I had no idea this was what I was missing. Yay, me, for figuring it out. LOL! 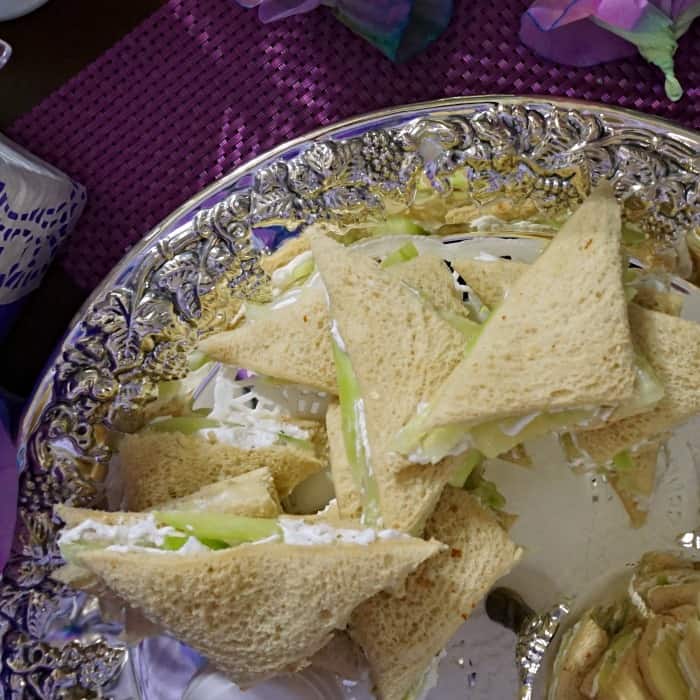 So, what do you think? You willing to try them? I mean, they’re really, really good–I thought…never mind, they’re awesome. You want to try them. And you really want to tell me how they were in the comments below or on Facebook! LOL!