One of my very favorite meals on a cold winter weekend is beef stew. So simple to make, but so rich and flavorful. And I just get giddy over the idea of having a super-heated bowl of stew with a big, thick chunk of Vegan Cornbread. Its like the perfect foil for that veggie menagerie. I just love it. I love it so much, in fact, that I actually get excited when it gets cold…it’s kind of embarrassing how much I really love this meal…I blame it on my mom for handing down such an awesome set of recipes–and making the awesome food for me when I was a kid…it’s all her fault. Heh. 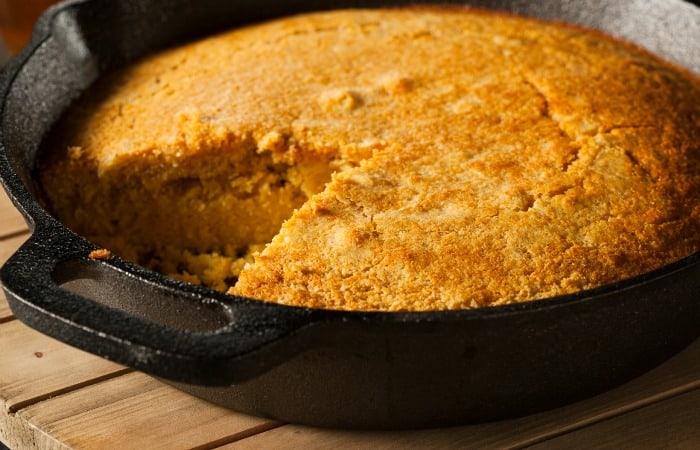 The best part of making stew and cornbread recently, though has been the fact that all three of my kids absolutely adore it, too. I mean, I can’t get my 8 month old to eat peas any other time, but you put a few peas down on her tray with a little cornbread, some carrots, corn and potato chunks–she’ll just go to town. My toddler loves stew and cornbread so much that she has to have a bath afterward EVERY TIME. And my teen thinks I don’t know, but he gets up in the night and sneaks a bowl and a slice after everyone else is asleep. I really think it’s awesome that I’m passing on this slightly silly, but fun winter tradition. My husband doesn’t get into it as much, but it’s cool. I make it anyway. LOL! 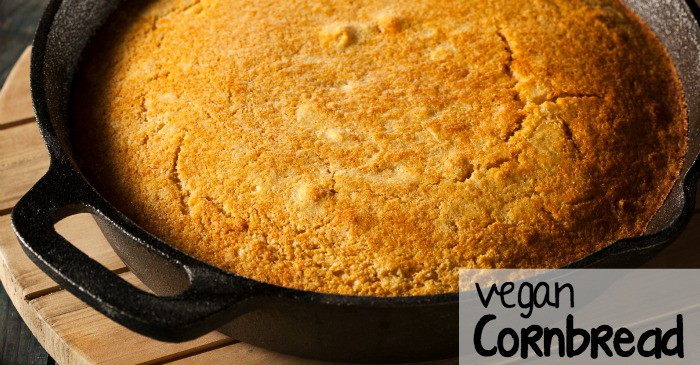 When I cut-out dairy and eggs, adjusting this recipe really didn’t take me long at all, and I’ve made it a million times since. I love the texture (it’s very fluffy and perfectly crumbly), and the flavor is perfect. With some dairy-free fake-butter, it’s like a slice of warm heaven. I could make a meal out of just the cornbread itself, but that would be a waste of a perfect excuse to pair it with stew, so I don’t do that…most of the time. Heh. 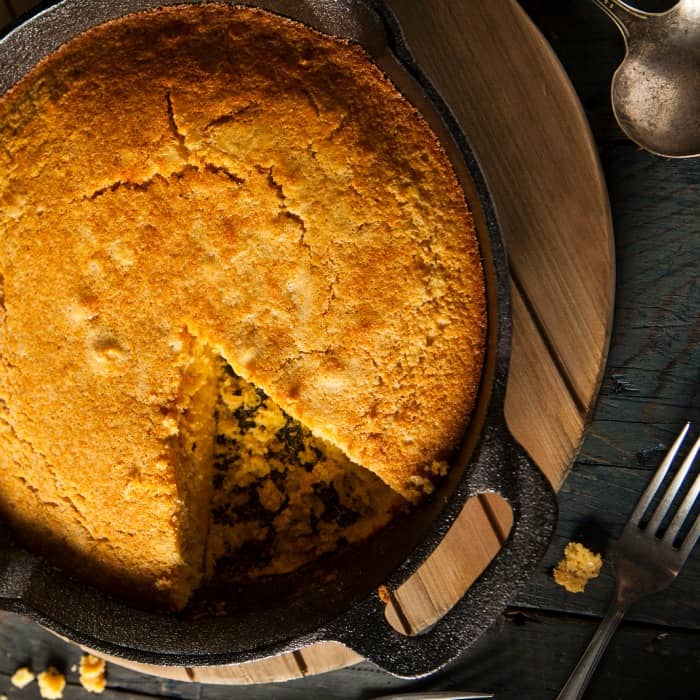 If you’re not making this super easy & vegan cornbread recipe right now, you need to definitely pin it for later. Next time you’re making a delicious stew you can pull it up from your Pinterest board and be good to go!

I just get giddy over the idea of having a super-heated bowl of stew with a big, thick chunk of Vegan Cornbread. Its like the perfect foil for beef stew.