Have you ever wanted to be ridiculous for no discernible reason? Imagine feeling like that every day. All day every day. That’s me. I want to have fun all the time. And sometimes, I don’t even need an excuse–but it’s even more fun when there’s an excuse–also known as: inspiration. That’s where Shark Week comes in. Total inspiration for ridiculous purposes all week long…and maybe for a week or two leading-in. For example, I’ve been enjoying a couple of shark-related snacks–including this Shark Attack Float. Vegan and Gluten-Free? Check. Ridiculous and Easy? Check. And, as of the writing of this post, absolutely delicious. Check. 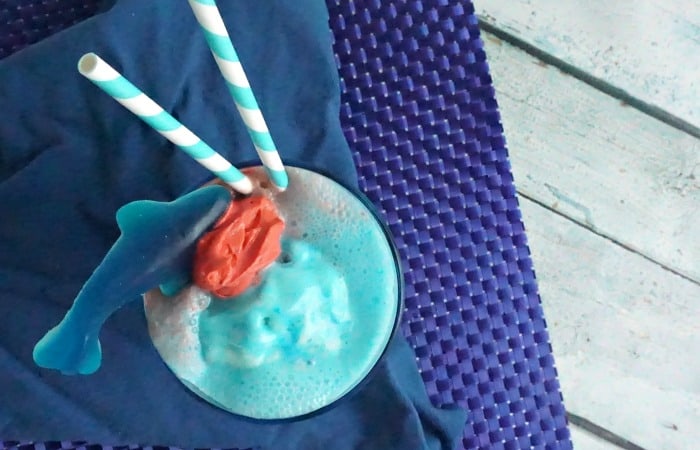 My kids thought this Shark Attack Float was the funniest. I’m not lying, the toddler giggled and immediately knocked her shark into her drink–and tried to fish it out; while my teen, he snorted and just shook his head at me. The. Funniest.

Isn’t that the best reaction you can expect from those two age groups? I think so, my lovelies…they’re 2 and 13. You really can’t expect any differently. Initially, I was going to make two recipes, one with alcohol for mommies and one for the kiddos. But, after making the one for my kids, I was concerned that would be too confusing both for them and me. I’d end-up drinking the one without and one of them would end-up stumbling across the yard and peeing behind a bush at 3am.

So, I opted NOT to make the alcohol version. But, if you’re lucky enough to have a sitter one night, you feel free to toss-off a shot of Jack D. in the mix–then it’ll be Jack the Knife Shark Attack Float…you get the joke, yeh? LOL! 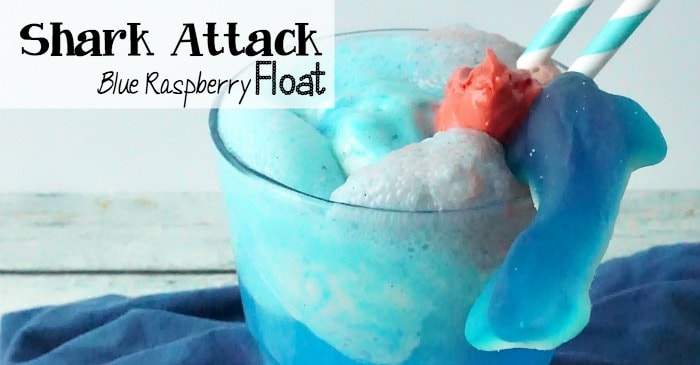 But, maybe, just make the Shark Attack Float the way it’s written here. Yeah, that’s probably safer for everyone. Then, there’s no silly (ie. stupid) jokes about clock striking midnight–ugh, I’ve just done it again. Just make it this way. Better for everyone. 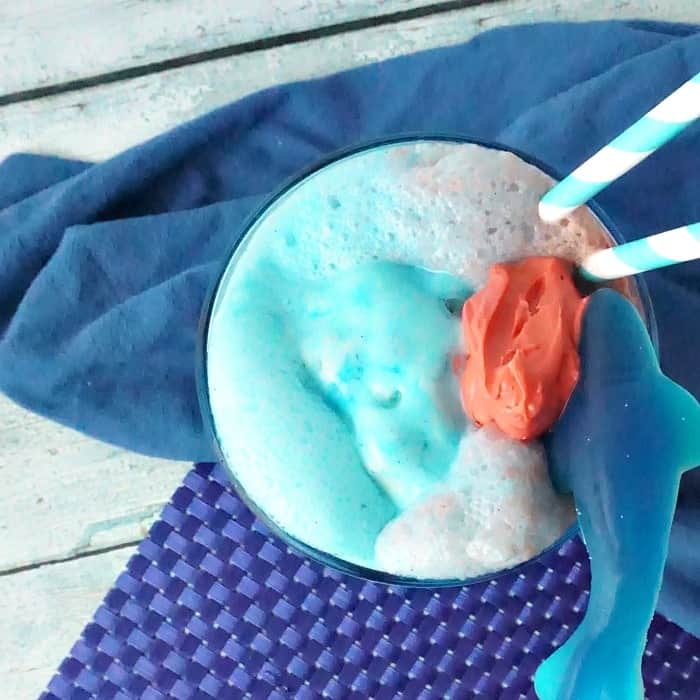 I've been enjoying a couple of shark-related snacks--including this Shark Attack Float. Vegan and Gluten-Free? Check. Ridiculous and Easy? Check. And, as of the writing of this post, absolutely delicious. Check.

And leave me a comment, let me know how it turns-out for you. I’d love to hear if you liked it! LOL!