I’ll be honest, I wasn’t sure what I was getting into when I bought the gigantic bag of kiwis at the bulk-store last week. I mean, I like a good kiwi, but I’d really never eaten/consumed them in any way that wasn’t just a straight-up spoon-to-the-fruit or my Coconut-Kiwi Smoothie. But then, I had this rad idea….what if I made Mint Kiwi-Ade (AKA Mint Kiwi Lemonade for the Uninitiated)? And the results? MAG-nificent. 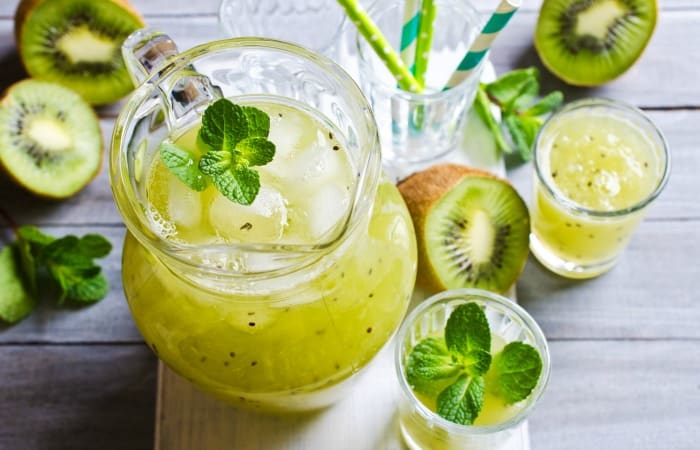 Ok, so this Mint Kiwi Lemonade is super-easy, but that’s not the best part. When I made it for my kids, Saturday afternoon when I normally make a big pitcher of lemonade, they were, at first, confused. It’s such a different flavor–and kind of a different look, too. But, they were brave and the LOOKS ON THEIR FACES! I really wish I’d gotten a shot. It was like my son expected a rotten apple in his mouth and got a fresh grape instead…he was so very surprised. And my daughter–well, her expressions were just silly, but she is 2. Whatever. LOL!

Now, one thing I would have done differently is I would have upped the amount of mint. I know some people don’t like a whole lotta mint in their drinks, but I could have done with more. However, I was serving this to kids, so I didn’t know exactly how much I should add…long story short, I ended-up debating a lot with myself before choosing to err on the side of caution. But, if I were making this for adults, I would have upped the mint. Significantly. Like half again or more. Heh. 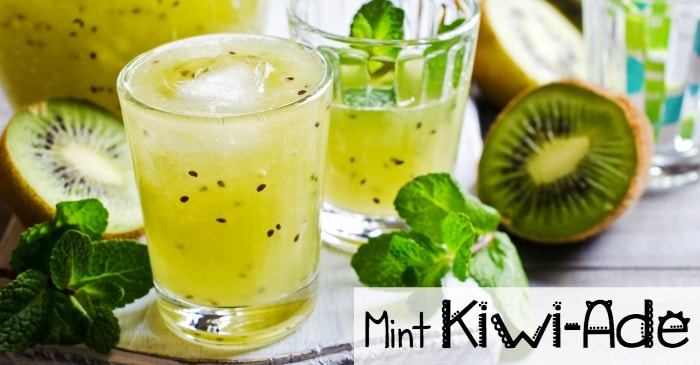 Mint Kiwi-Ade (AKA Mint Kiwi Lemonade for the Uninitiated)

I had this rad idea....what if I made Mint Kiwi-Ade (AKA Mint Kiwi Lemonade for the Uninitiated)? And the results? MAG-nificent. 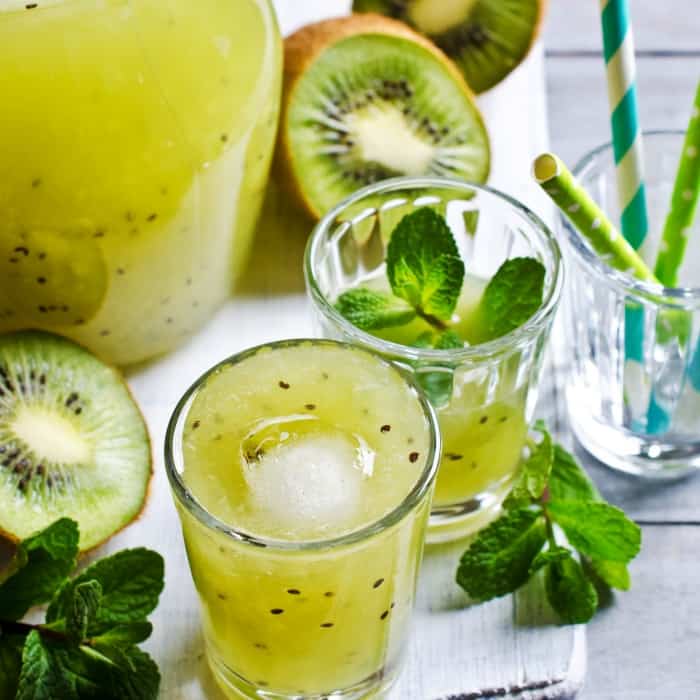 You gotta hit me up with a comment to let me know how your Mint Kiwi-Ade (AKA Mint Kiwi Lemonade for the Uninitiated) turns-out for your crowd. I mean, I’m dying here to know if you love it as much as I do!