(Inside: I really like mini-pies. They’re a new obsession. So little, cute and simply adorable. Also, de-freakin-licious. So, I made these Mini Pumpkin Pies. Because yum.)

So, I haven’t ever really jumped on the mini-pie train before.

Because, frankly, I love pie and I really like to have a big slice of pie with a cup of coffee after Thanksgiving dinner or Christmas dinner.

You know, it’s kind of a tradition.

But, as there are now mini-people in my house (read that to mean: preschoolers), I’m a little less inclined to hand them a whole slice of pie.

Frankly, the idea of them making a mess with that makes me sad.

So, I decided to try mini-pies.

I was so wrong to have waited.

So much more crusty goodness on these Mini Pumpkin Pies than I could have ever imagined. 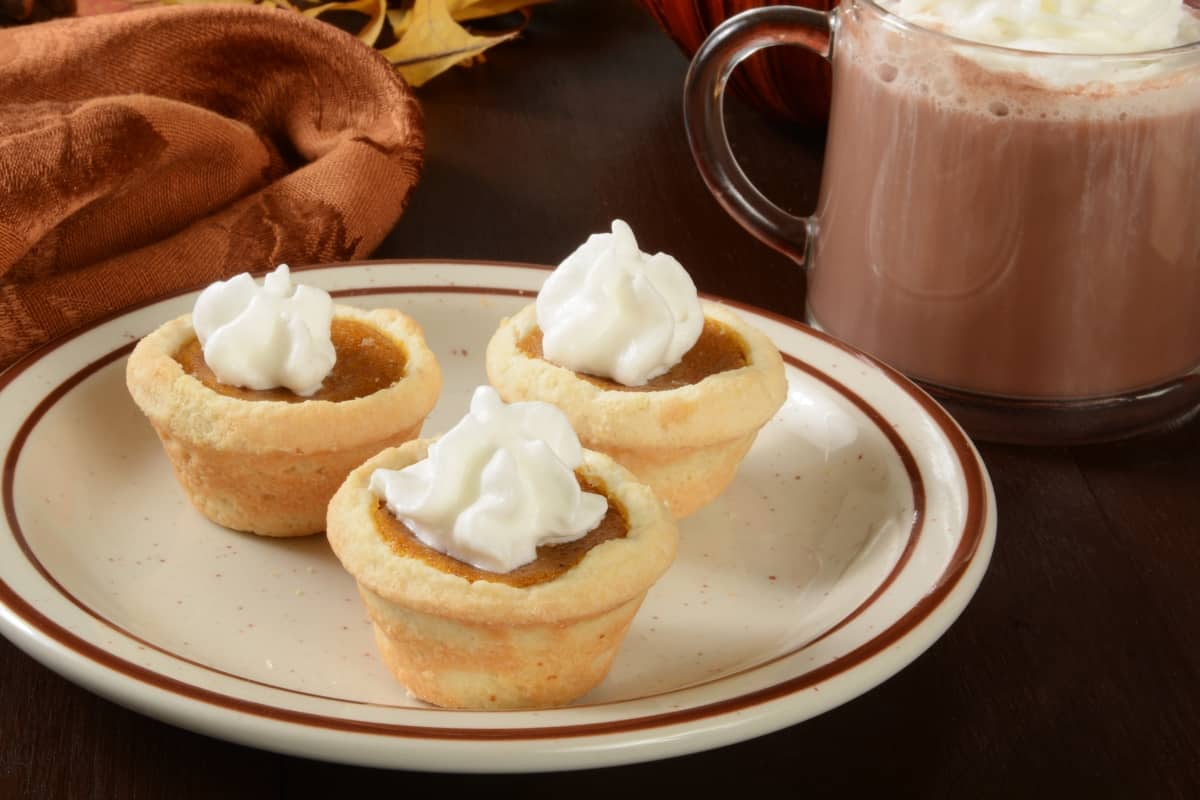 Seriously, if you love the crusty part of pie more than the squishy center…well, these Mini Pumpkin Pies are absolutely for you.

The crust is light and there’s just enough filling to give you that amazing soft, silky pop of flavor.

I was so wrong to have waited so long. 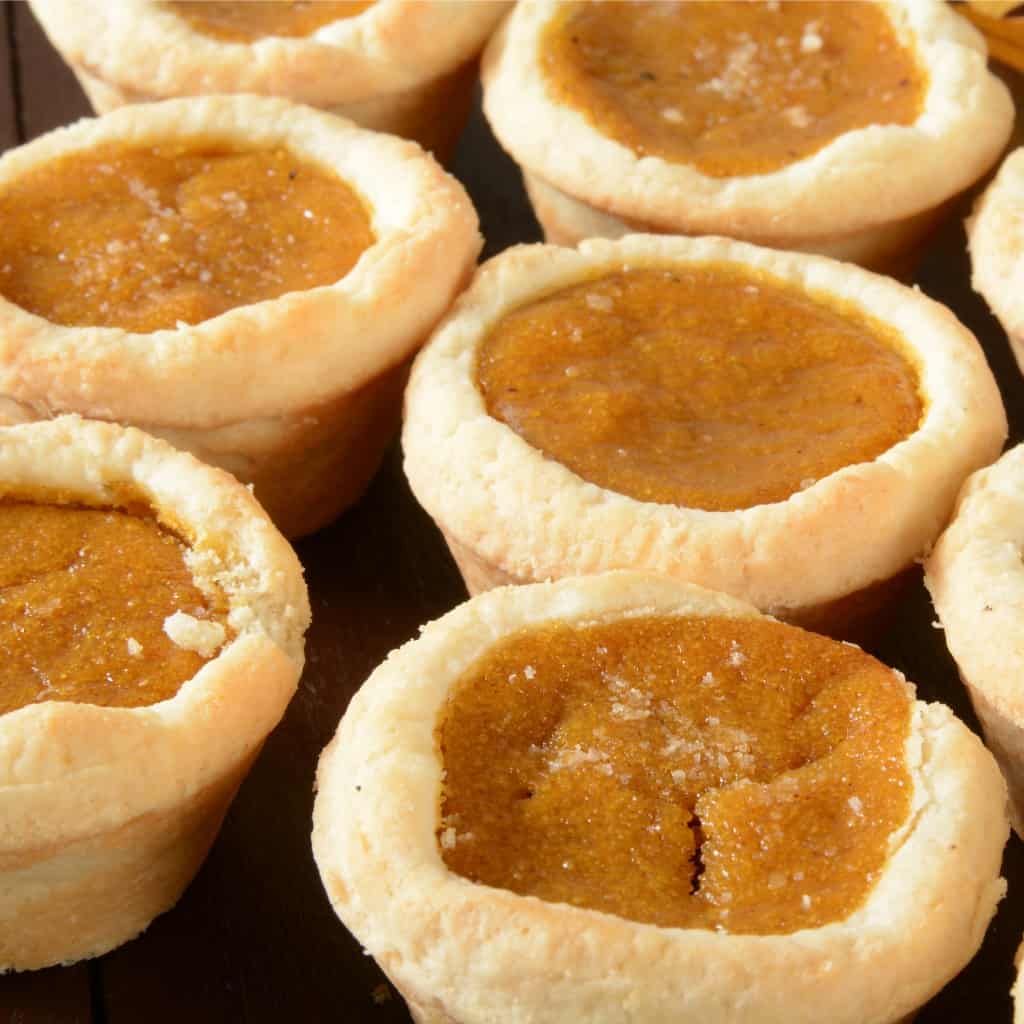 Alright. If you have hopped on the train and are ready to make your own Mini Pumpkin Pies, let’s get you pinning this so you’ve got it when the ingredients are on the counter and READY.

Because, girl, you’re not going to want to miss out on this recipe. 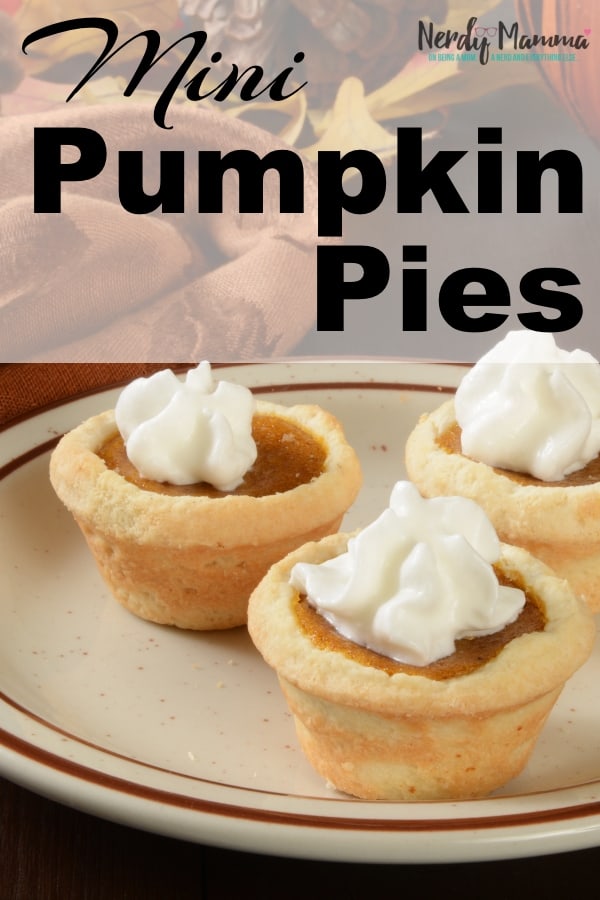 I really like mini-pies. They're a new obsession. So little, cute and simply adorable. Also, de-freakin-licious. So, I made these Mini Pumpkin Pies. Because yum.