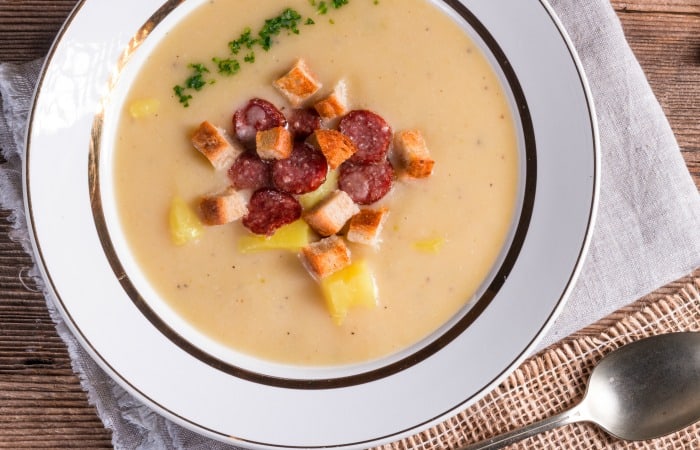 There is potato soup, and then there’s Loaded Baked Potato Soup. This recipe is for the latter. When I was a kid, my mom used to make the former–just plain old potato soup. Don’t get me wrong, Mom’s potato soup was good. In fact, more than one person has sworn by the healing powers of Mom’s potato soup. But I firmly believe that the soup’s only healing power was provided by the love my mom cooked into it. Although I love the plain-old-plain-old potato soup, I’ve come up with a recipe for Loaded Baked Potato Soup that will knock your socks off.

But, just FYI, I don’t recommend trying to eat more than 2 bowls of the loaded baked potato soup in one sitting. My hubby did that the other evening when I made this for the blog and he HURT. I mean, so full (happily so, but still), SO FULL. He was just ready to burst at the seams. I guess it’s just that our bowls are kind of big–and the soup is less of a soup and more of a meal. That kind of got him. So, you’ve been warned: BE PREPARED FOR EYES-BIGGER-THAN-STOMACH-SYNDROME. Heh.

Don’t you wish all really good recipes came with that kind of warning? LOL! 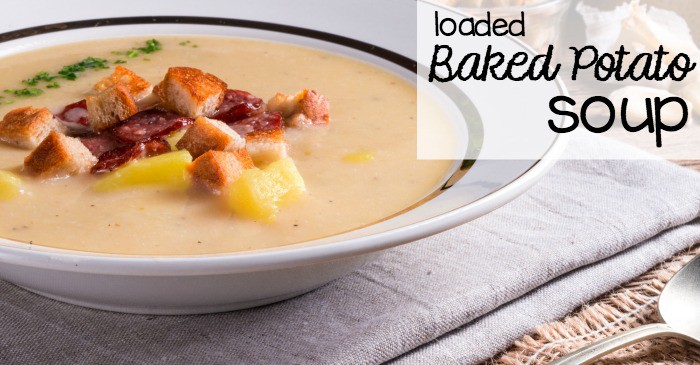 There is potato soup, and then there's Loaded Baked Potato Soup. This recipe is for the latter. 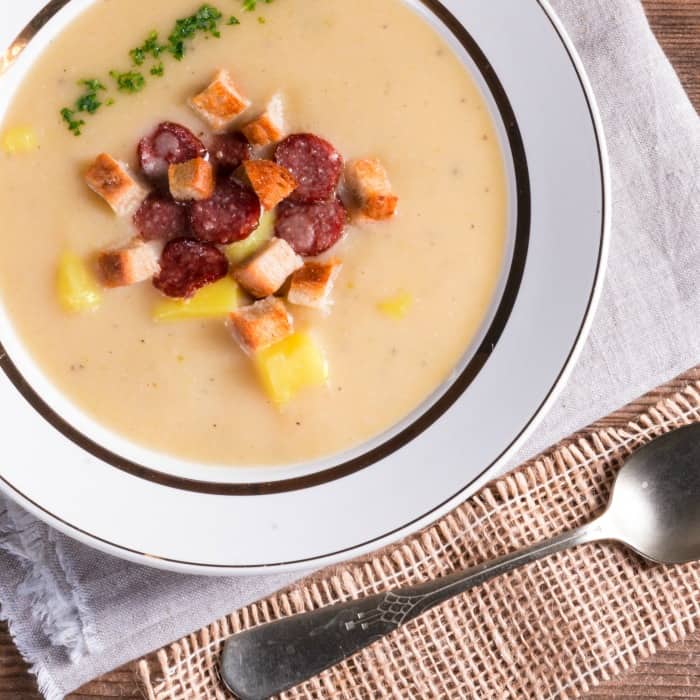 So, I’m dying to know how your Loaded Baked Potato Soup turns out. I mean, each person has kind of a different take on it and I know that not everybody will love it. But if you’d leave me a comment below I’d love to know if this is something you’re planning to make again, or if it was a swing-and-a-miss in your house. Hope to hear form you soon!