Despite the fact that’s its summer, I’m making Bloody Cupcakes because I just really miss Halloween. Using fake edible blood, a yummy cupcake and a spoon, I think I succeeded nicely!

Ok. I know it’s not anywhere near Halloween and I have no excuse to do anything quite so silly as blood-covered cupcakes, but I just really miss Halloween.

I mean, it’s so fun and there’s just so much to love about Halloween.

And totally worth the weird looks my husband gave me as I ate the last one. LOL! 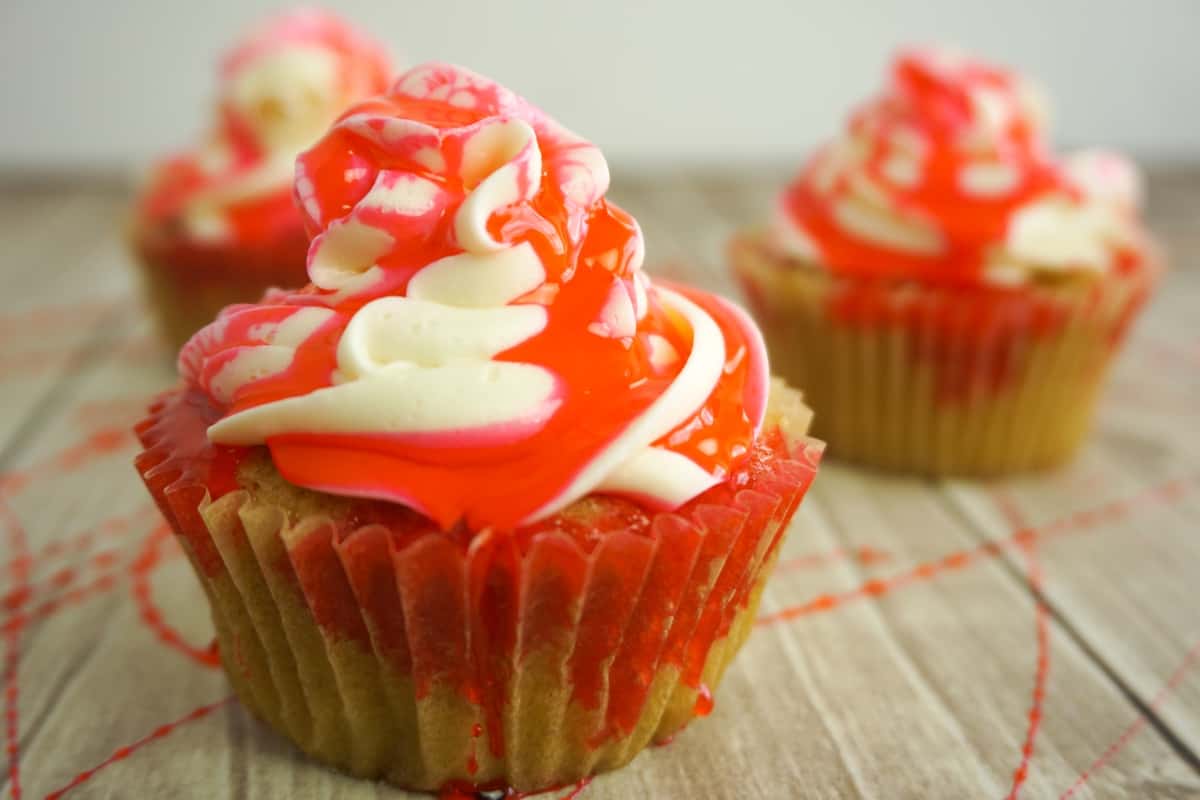 Despite the funny glances, making these Bloody Cupcakes was so easy!

I even made a little video for you that you can check out so you know it’s a simple Halloween cupcake recipe.

What did I tell you?! These Bloody Cupcakes are so simple!

Ok. Well, they’re a little tricky–in that you don’t want to drizzle just ANYTHING over the top…lol! 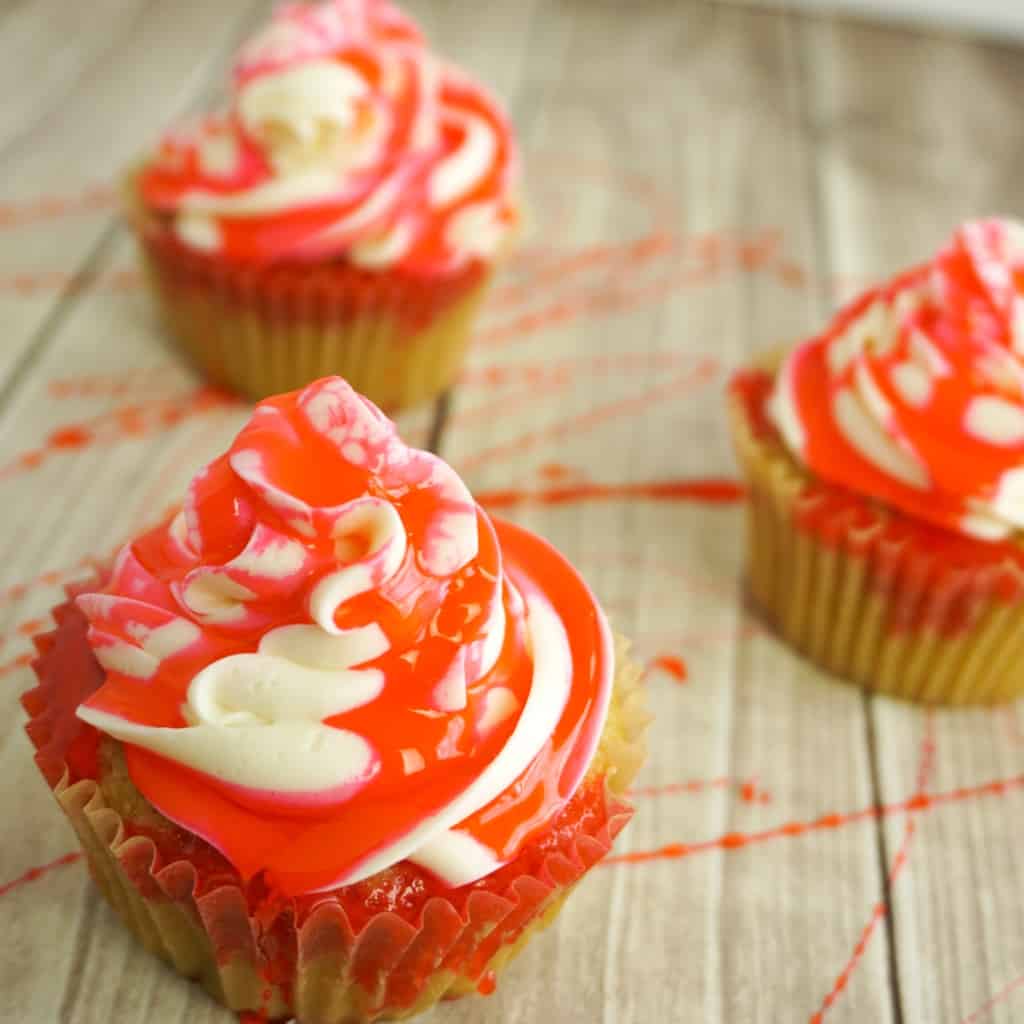 What You Need to Make Bloody Cupcakes

You just need your favorite kind of vanilla frosting, a trusty vanilla cupcake and some Fake Edible Blood.

The fake edible blood is really easy to make.

And the kids can even help drizzle it on the cupcakes…and the table. 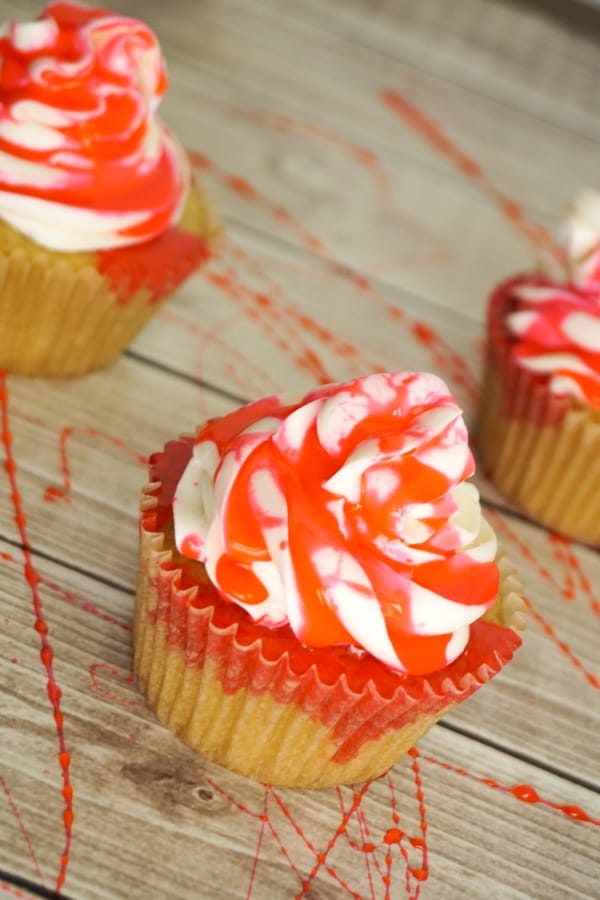 That is something about these Bloody Cupcakes to know…maybe don’t drizzle it on your wood photography backdrop…it stains.

So…yeah, none of that.

Or keep it on a plate. 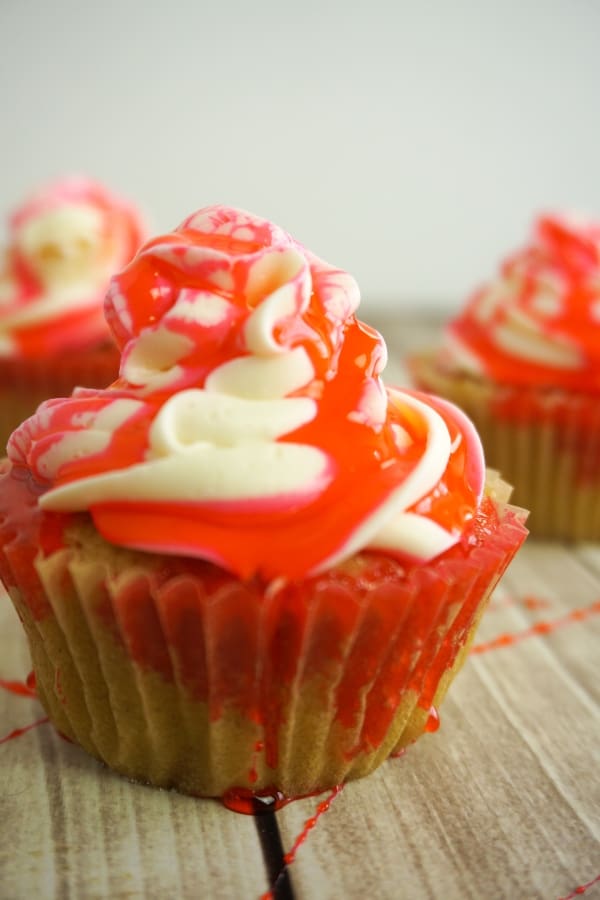 You’re in for making your own batch of Bloody Cupcakes?! Yay!

I won’t be the only one making these in the middle of the summer! Woohoo! LOL!

Oh, you’re all out of corn syrup though? Too bad.

But you can make them later–that’s ok.

Just pin this to your favorite Halloween Cupcakes board on Pinterest, so you can find it later quick-as-you-like. 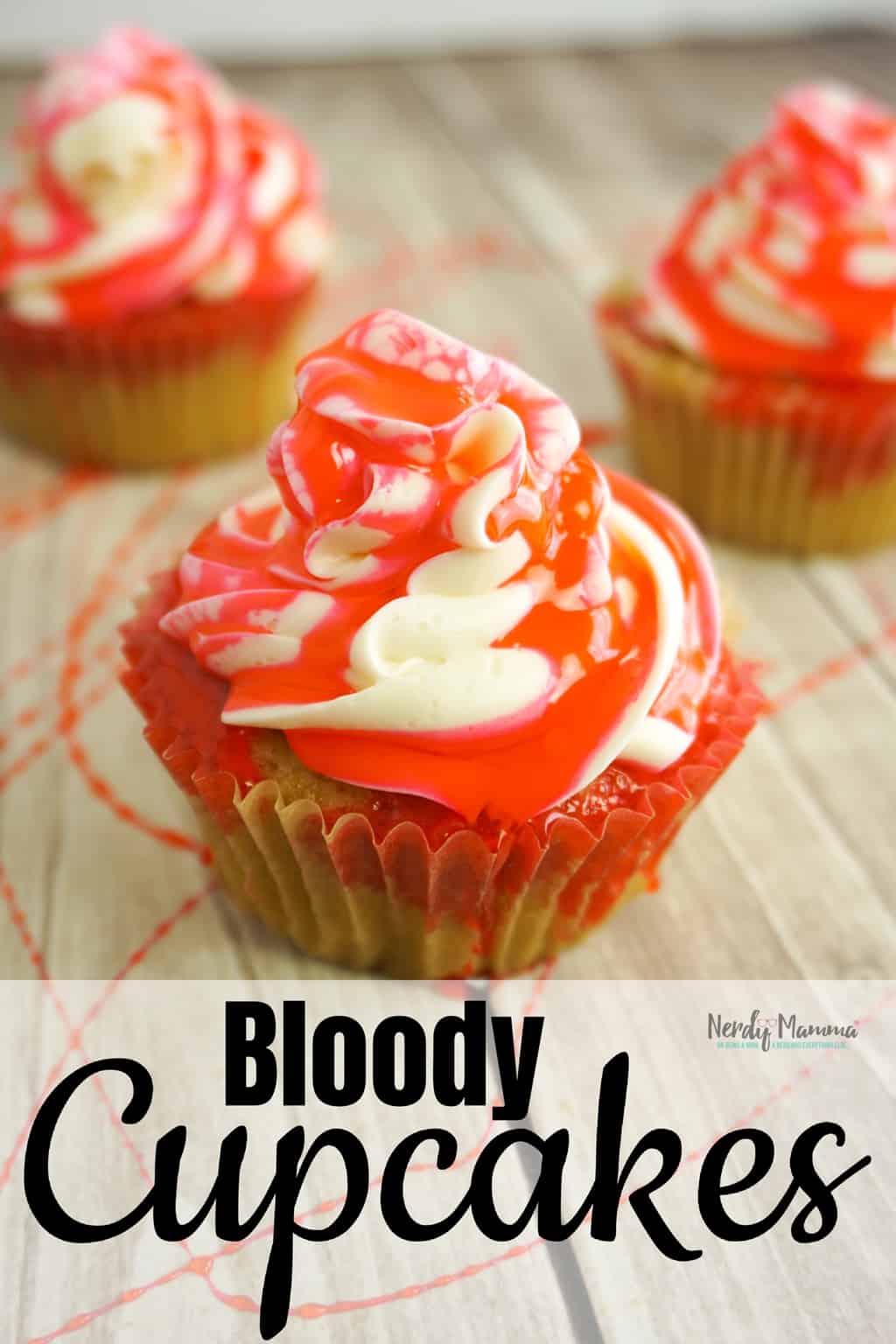 Oh! And don’t forget to drop a 5-star rating on the recipe, below, so I know you want to see more fun recipes like this one!

Despite the fact that's its summer, I'm making Bloody Cupcakes because I just really miss Halloween. Using fake edible blood, a yummy cupcake and a spoon, I think I succeeded nicely!