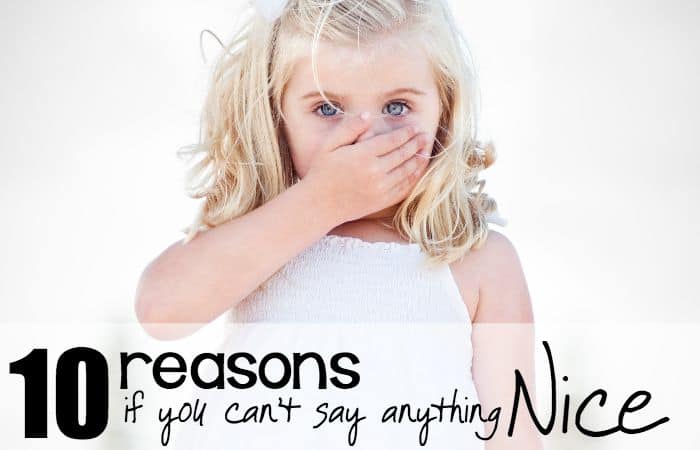 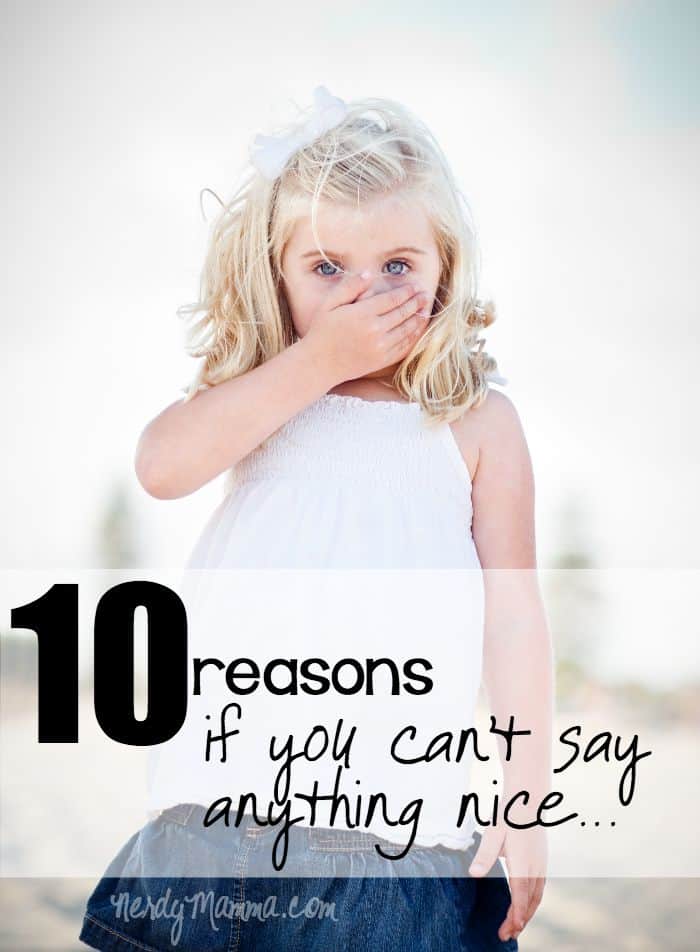 My mom and dad spent a lot of time teaching me that “I hate ____” or “That tastes icky” just weren’t nice things to say. Certainly, they didn’t encourage lying, but if I didn’t like something at the dinner table, or a person at school, the expectation was for me to keep my mouth shut. I really thought that most of the world worked that way, too, as I was growing-up. But, I’ve learned that, despite the fact that I try really hard to live by the “golden rule”, not everyone else does. Ultimately, I’m a duck off whose back your evil words roll, unfortunately, my kids are not yet. If you can’t say something nice, then don’t say anything at all–and this is why.

10 Reasons If You Can’t Say Something Nice… 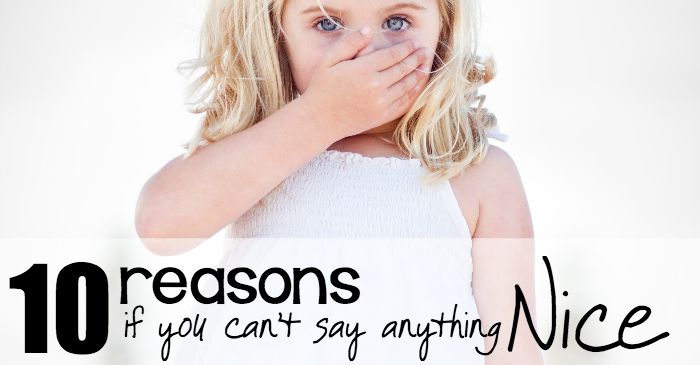