My husband just showed me the preliminary weather forecast for the next two weeks here in Texas. Apparently, the Devil has decided to do some working-out because here in his armpit, we’re going to be muggy, hot and just icky for a long, long time. Oh, with nary a shower in sight. LOL! So. It’s hot. Like scorching. And less than a half hour in the sun gets you a sunburn. Seriously. The only good thing about this weather: Popsicles. My latest popsicle-love-monkey? White Chocolate Raspberry Chia Seed Pudding Popsicles. Oh, yes. Vegan. Gluten-Free. And, oh so chocolatey…. 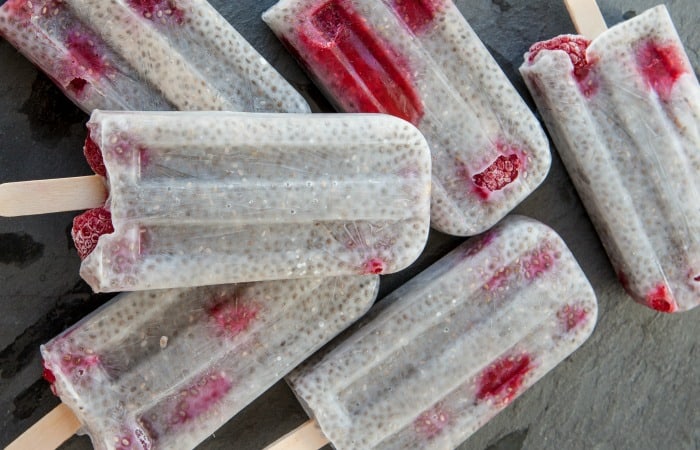 Do you remember those pudding pops that your mom used to make you after the Bill Cosby Jello pudding pop commercials came on and you just bugged-and-bugged-and-BUGGED her until she made them? Yea, well, this is like the grown-up healthy version with a fun, fruity twist.

Because, seriously, if you’d given me one of these White Chocolate Raspberry Chia Seed Pudding Popsicles when I was ten, I wouldn’t have known the difference between the sweet raspberry and the smooth chocolate.

Now, though. Now, I’m dying for that flavor-play. 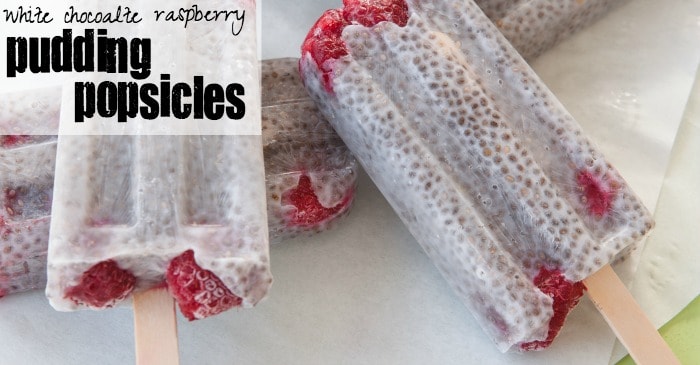 What really makes this is the chocolate flavoring, but you have to be careful. If I was a swearing woman (which I am, but that’s another discussion), I’d definitely swear a blue-streak (which I did) when I tasted that flavoring for the first time. It’s awfully strong and, though I never, ever thought I’d be one to say this, can be too much chocolate a little too fast…just sayin’.

So, when you’re making your White Chocolate Raspberry Chia Seed Pudding Popsicles, just be judicious with your drops of flavoring. Sometimes, I overshoot and end-up with a strong-tasting recipe, but its still great. This could easily not be. So. Just. Be. Careful. Heh. 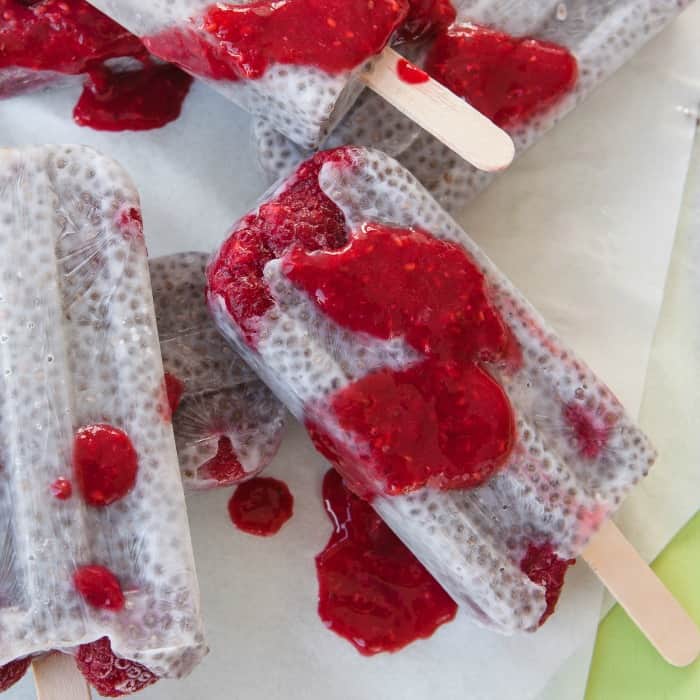 That being said, head to the kitchen. Just pick up the laptop and head over there–you’re going to make these popsicles right away. Mostly because i’m not sharing. Best. Popsicle. Ever.

Disagree? Agree strongly? Don’t care and just want me to stop talking so you can get on with the recipe? (heh) Just drop me a line in the comments…would love to hear from you!

And don’t forget to pin this recipe if you love it but don’t have time to whip it up now!