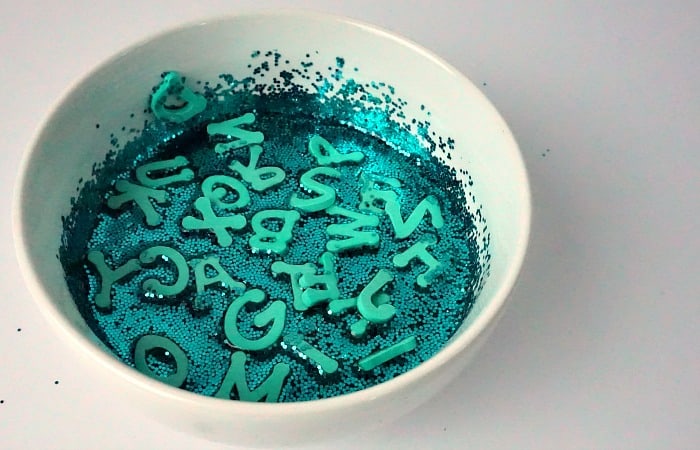 So, this week has been all about abc-play. Seriously, the toddler has been bringing me the big bag of foam alphabet letters and asking to play by saying “pweease!” It’s the cutest thing ever. But I don’t always have time to do something complicated for her. Not that most of my ideas are all that complicated. I’m not a complicated kinda lady. But this Alphabet Glitter Soup is so simple, I had it made in less than 5 minutes and then she played for like 30 seconds. Heh. No–it lasted longer than that, but it feel like that. LOL!

The cutest thing, though, is the way the glitter stuck to her fingers. She loved it. The letters were fun, sure. Because they’re squishy and being in the oil makes the sticky-back be un-sticky, which is nice. But the glitter sticking. Heh. The only other thing about this Alphabet Glitter Soup is to make sure the kiddo keeps it in the bowl. I wish I’d one a bigger bowl…unfortunately, I put mine in a really small bowl. And, as a result, my husband has banned us from playing with glitter for a week. Heh. 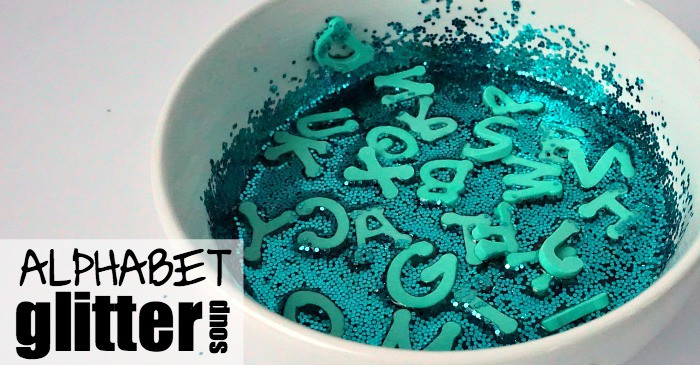 What You Need to Make Alphabet Glitter Soup

How to Make Alphabet Glitter Soup 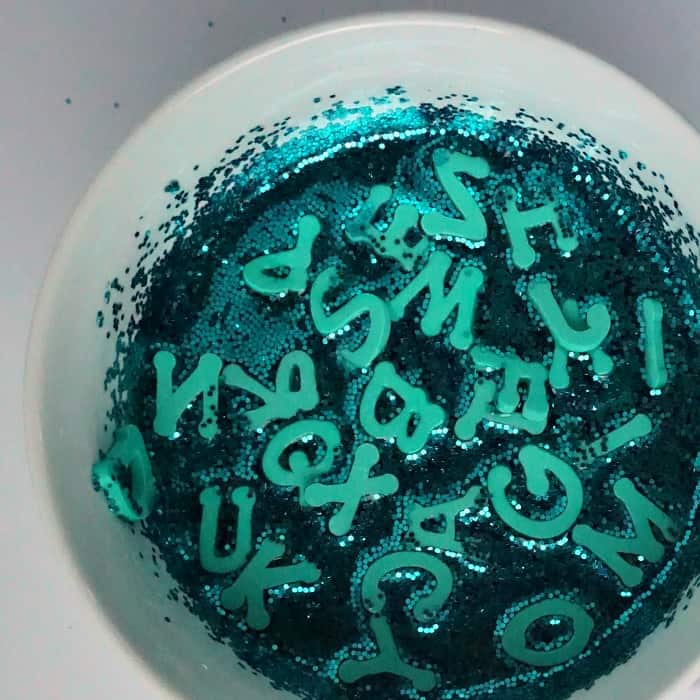 So, what do you think about this awesome Alphabet Glitter Soup? Will you be making some for your kiddo? I sure hope you do, it was so fun. Shoot me a pic on Facebook to show me how it turned-out! I’d love to see!