(Inside: Simple Vegan Stuffed Peppers that are so magically full of flavor and delicious, they make my mouth water–even days after I’ve scarfed them. Also, I have some in the freezer. Mmmm…)

We were having friends over for dinner when I found out they were vegan.

I had planned to make stuffed peppers, like my mom used to make when I was a kid–stuffed with a super delicious mixture of meat, rice and crazy yummy spices?! Mmmm…

Dude, I was set on this recipe…and I seriously about panicked until I realized I could actually just make them vegan.

It was really simple just to change a few ingredients out. A simple swap of ground beef for quinoa and I left out any cheese or egg I planed on using.

Yup. These Vegan Stuffed Peppers are simple as pie. You won’t even notice their vegan they are so darn good. 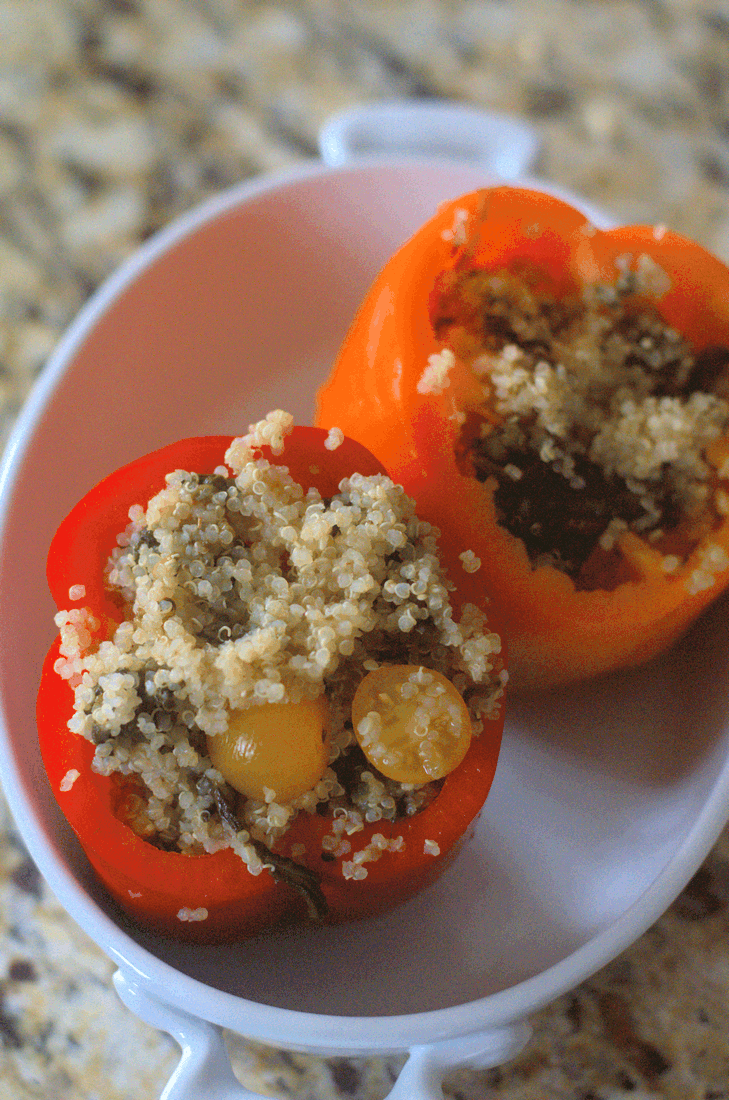 Stuffed with quinoa, sunburst tomatoes, and spinach, the flavor is ridiculously wild.

But on top of being tasty, they are packed full of vitamins and protein. Which is awesome.

Best part is that they don’t take long at all to prep.

I mean, the Vegan Stuffed Peppers can keep overnight in the fridge until the next evening to be baked.

I love love love dishes I can make ahead and just pop in the oven before dinnertime.

If you like your vegan stuffed peppers saucy you can always top them with tomato basil sauce from a can or make your own.

It’s pretty easy to smash a few tomatoes with some basil then top over the peppers before baking.

But I like mine without–ok, sometimes I will just add the sauce because it’s yummy and sometimes I don’t. Just depends on how I feel.

Speaking of feelings…I feel really full after chowing-down on these.

Seriously, these are really filling.

And, if your having a party you can cut the pepper in half for smaller servings or even in thirds, if the peppers are big.

You can even do these in mini peppers for an appetizer style serving. Pretty ridiculously flexible recipe. 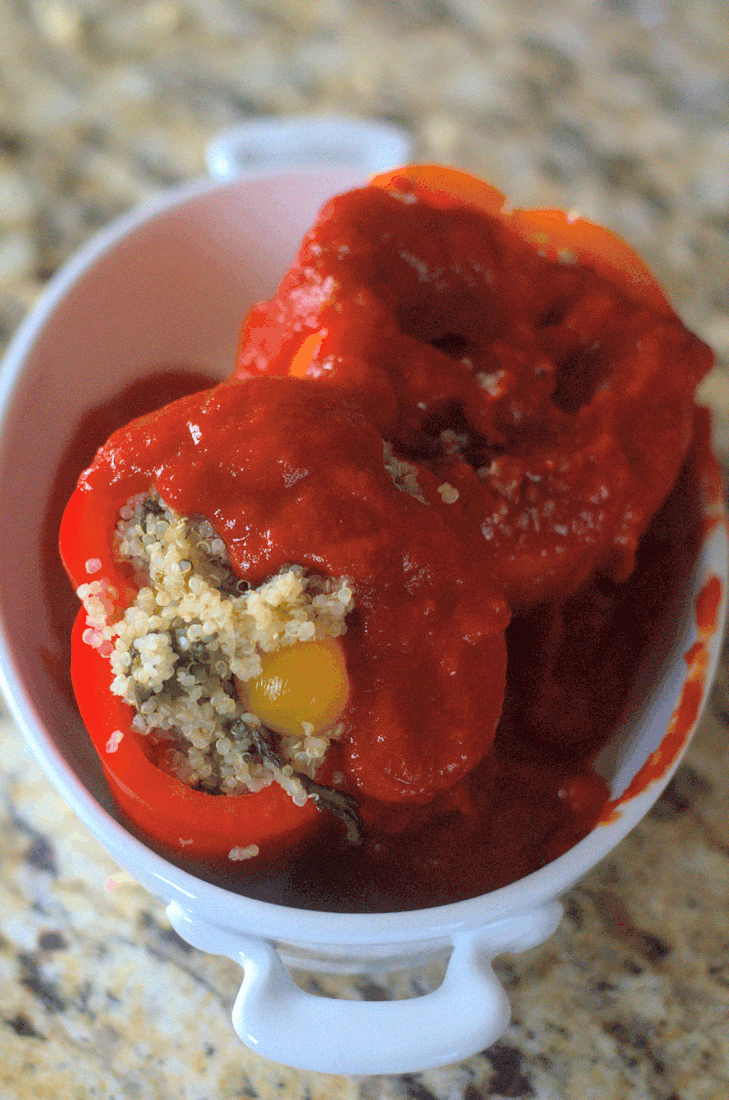 WHAT YOU NEED TO MAKE VEGAN STUFFED PEPPERS:

Now for the recipe…But first, get your pin on, sista. You know you wanna keep this for future reference…

Simple Vegan Stuffed Peppers that are so magically full of flavor and delicious, they make my mouth water--even days after I've scarfed them. Also, I have some in the freezer. Mmmm...