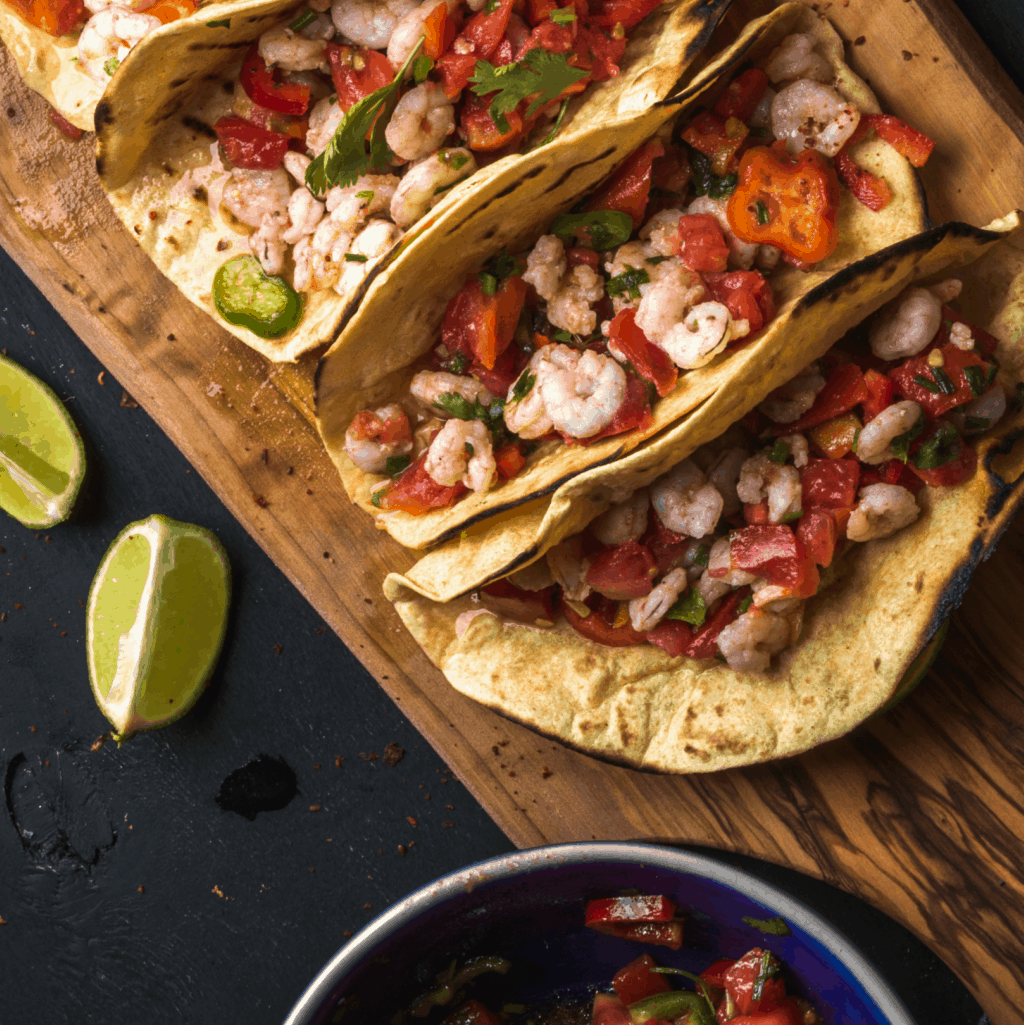 (Inside: This is the most ridiculously easy recipe for shrimp tacos. That’s why I call it Stupid Simple Shrimp Tacos. You’ll wish you thought of this.)

I made a mistake. I decided to make shrimp tacos. Was starving for them.

But I had no stuff.

No stuff to make shrimp tacos and a tummy that demanded I fill it with shrimpies and a tortilla–and a little heat to spice it all up.

Then innovation (I swear depression is the mother of invention when it comes to food). 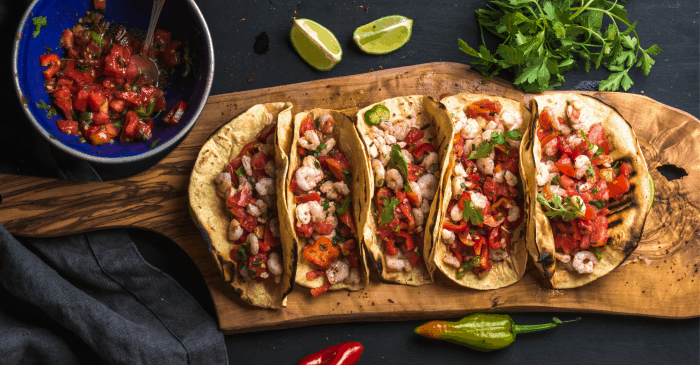 Give me a quick depression and a ridiculous amount of food in my fridge and it’s like an episode of McGuyver occurring right before your eyes.

This is where I shine, people.

Imagine it. McGuyver in the kitchen–a full fridge in front of him, a roll of duct tape in one hand, a smirk on his lips. 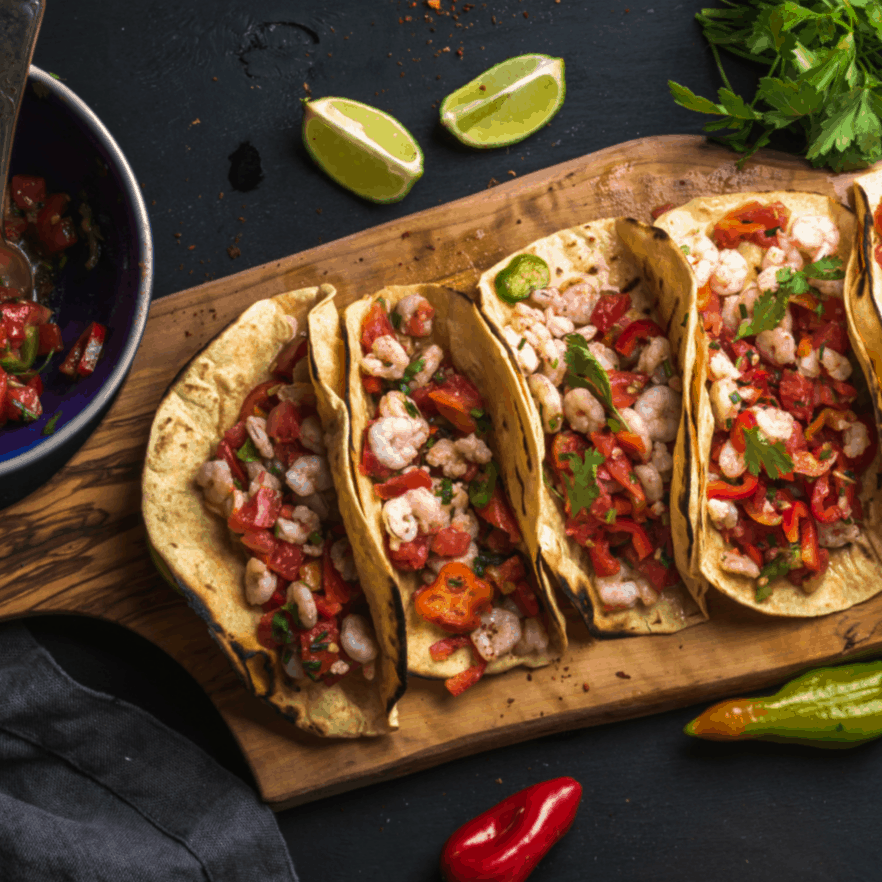 Who knows what that mad man would have come up with?!

But we all know it would be so ridiculously yummy.

How could it not be.

A G-D-Genius, for goodness sake.

Now I really want that episode. On DVR or Netflix.

Ok, ok. So that’s a far-fetched idea. Unless Netflix is listening. Then, maybe not so much.

So, I know this is ridiculously simple (heck, I called it STUPID SIMPLE SHRIMP TACOS! I know how simple it is! LOL!) this recipe is.

BUT, if you’re not making it right now, you should probably pin it. Just so you can find it the next time you have a hankering for some shrimpies and a tortilla (with a little heat).

It's a seafood infusion of Tex-Mex and "I don't want to cook". It's fantastic and gives you reason to be in front of the stove--and happy you did it. Simple Shrimp Tacos rock.