(Inside: I can rely on these Easy Rainbow Tacos After School Snacks. The kids help me make them, and they’re totally vegan and gluten-free.)

Do you ever have that moment when you’re about to pick the kids up at the bus stop and you realize there’s no fantastically wonderful snack on the table, ready to tide them over to dinner?

This is me. Almost every day.

I don’t know why, but, somehow I’ve come to always forget to have snacks ready.

But, when I’m standing there on the doorstep, I know I can rely on these Easy Rainbow Tacos After School Snacks.

The kids can help me make them, they can be ready in less than 10 minutes and they’re totally vegan and gluten-free. 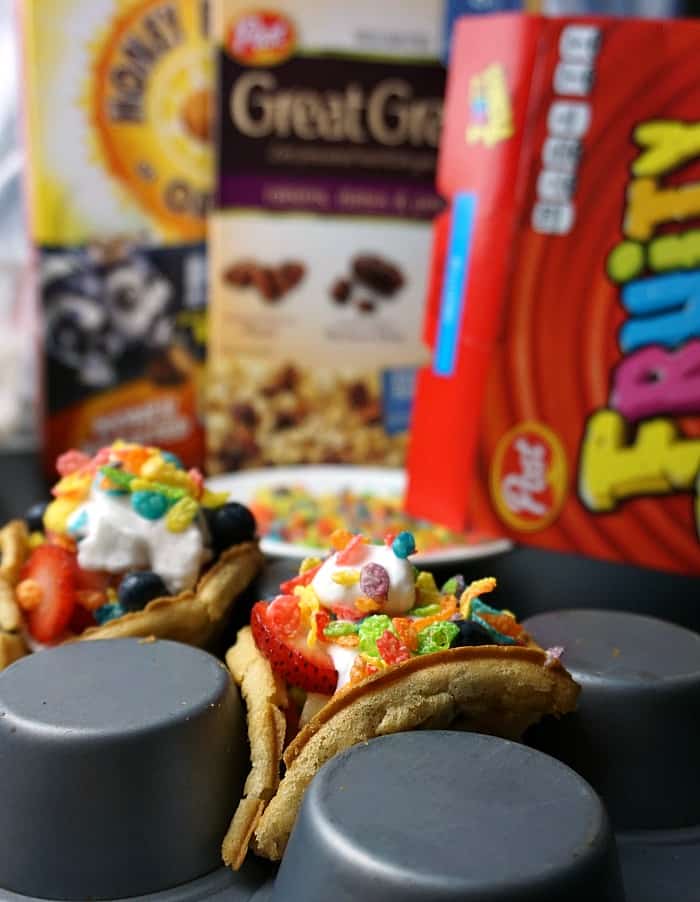 The “secret” ingredient that makes these Rainbow Tacos so awesome is the crunchy bits.

Now, you might be thinking “oh, crunch?” but, trust me, that’s like the most awesome thing ever. 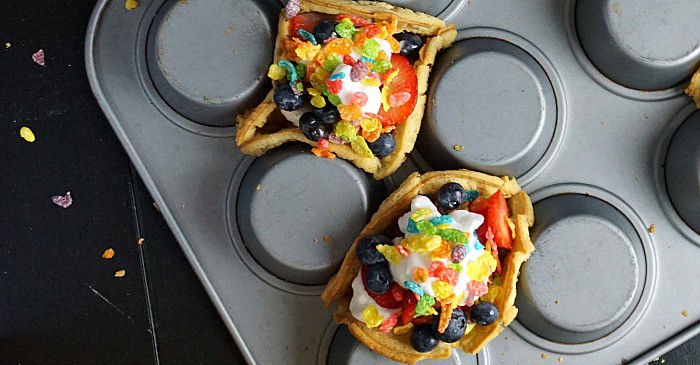 Not only does the Fruity Pebbles make the Rainbow Tacos taste like all shades of rainbow-awesome, but they add the crunch and the–well, rainbow part of the taco. 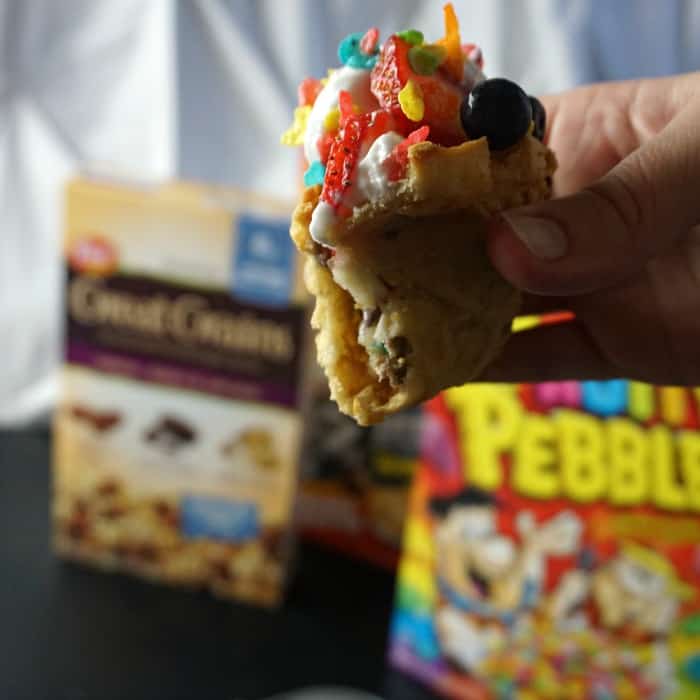 And, if your kids want to, they can customize these awesome Rainbow Tacos by adding peanut butter, oranges, or other accoutrements. Easy. Peasy. And oh, so good.

Makes me kind of want one RIGHT NOW. 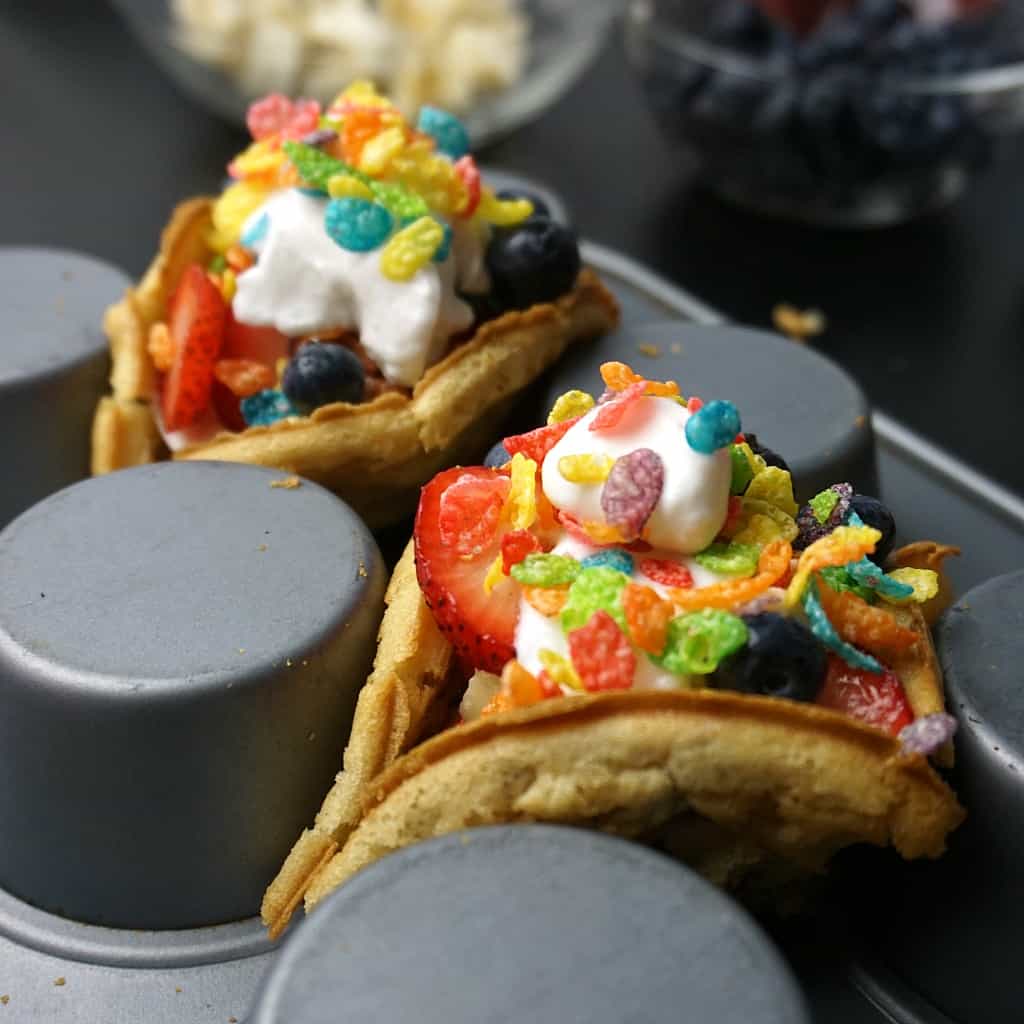 If you love this recipe for these Easy Rainbow Tacos After School Snack, be sure to pin it for later.

So, because these are easy, you can have a photo tutorial and try to figure it out without words. Heh.

Oh, that was mean to just tease you with more yummy pictures?! Ok, here’s the written recipe. LOL!

I can rely on these Easy Rainbow Tacos After School Snacks. The kids can help me make them, they can be ready in less than 10 minutes and they're totally vegan and gluten-free.