I finally ran out of kiwis. THANK GOODNESS. I probably won’t ever be so crazy as to buy that many of one fruit at any given time again…um, yeeeah…so, maybe just not THIS week. LOL! So, I’m mixing it up with a little something different–something non-kiwi-related. A new, fun, easy way to start my day that I stumbled on because, frankly, I didn’t used to be a fan of blueberries, but my son convinced me: blueberries rock. And they make this Easy Blueberry Breakfast Smoothie {Vegan & GF) one of my favorite breakfasts (since I’m kind of out on kiwi this week–heh). 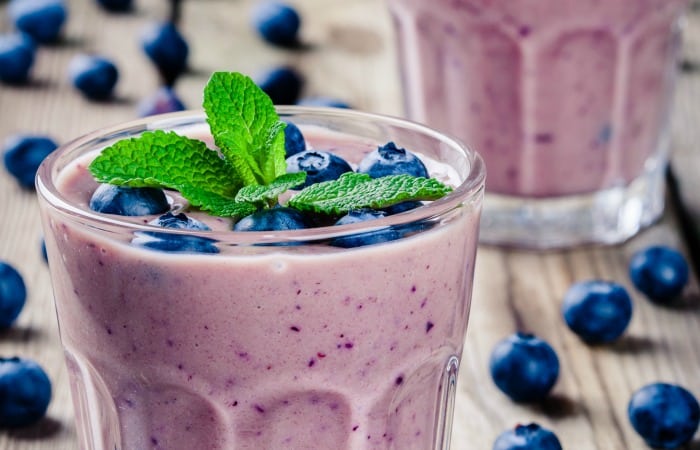 I’ll be honest, I kind of hand my panties in a wad the day that I ran out of kiwis, because I was also out of all my other fruity ways to wakey-wakey my tastebuds. Seriously, I was standing in the open door of the fridge with a grimace on my face that Captain Hook would have been proud of thinking that I was just going to have to break down and run to the donut store. Then, my son, standing behind me and probably frustrated that I was in his way, suggested the blueberries.

So, I tried my hand at making this Blueberry Breakfast Smoothie, tweaked it a little, and away I went! My son would have been very disappointed to know that I was contemplating the trip to the donut store. Shows him right for opening his mouth in a moment of frustration. Heh. But I got what I wanted–a fun way to start my foodie day. And he got what he wanted–me the heck out of his way (teens are very hungry people, apparently). 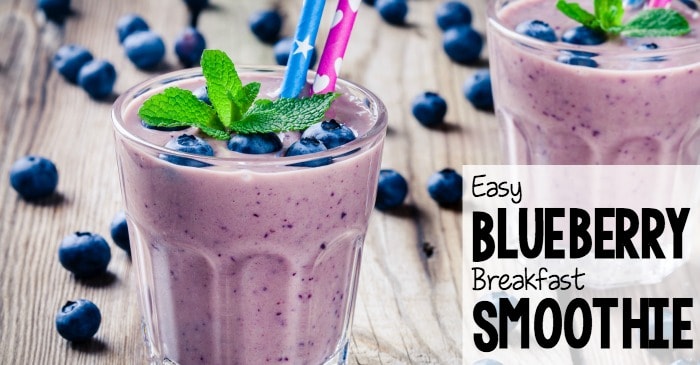 Blueberries make this Easy Blueberry Breakfast Smoothie {Vegan & GF) one of my favorite breakfasts (since I'm kind of out on kiwi this week--heh). 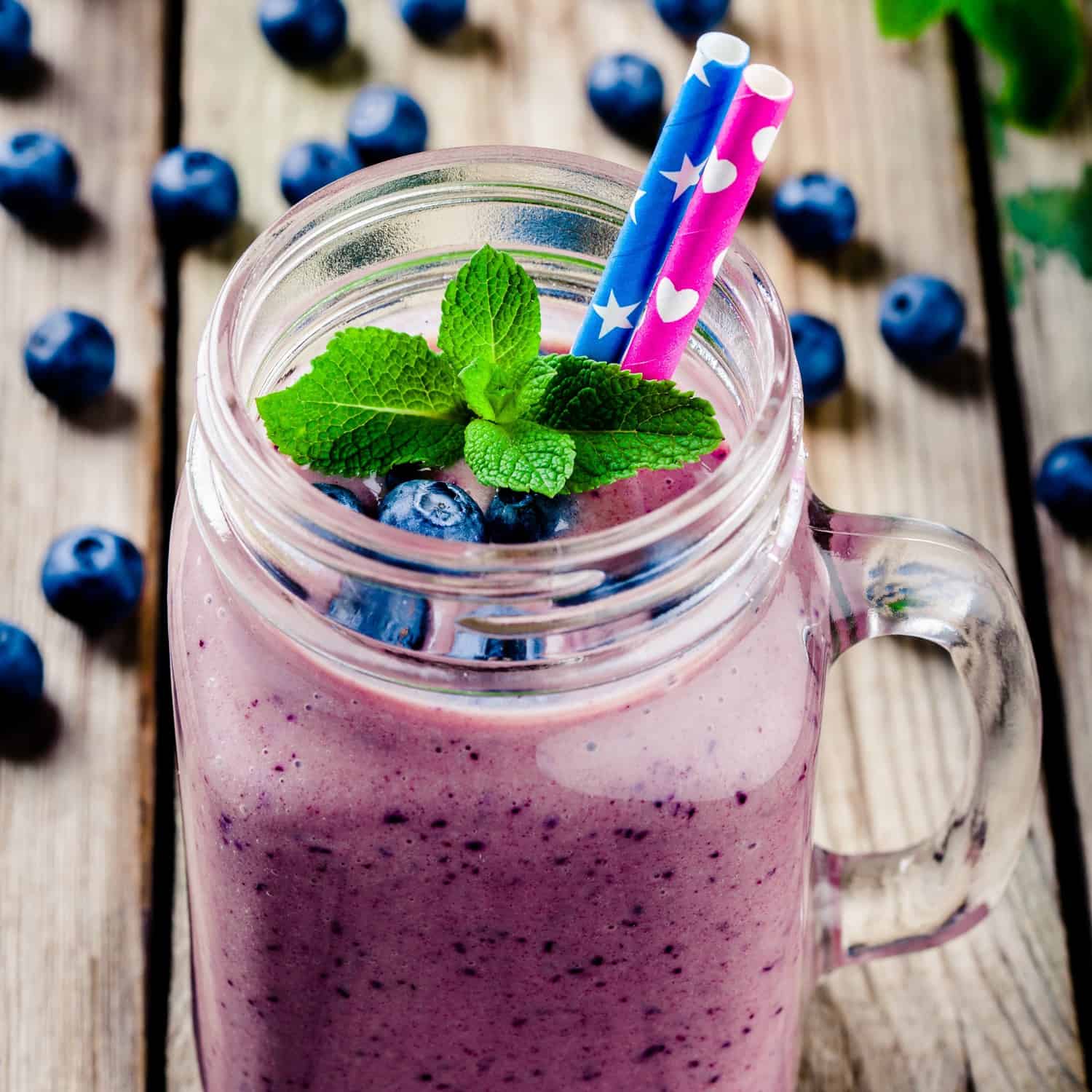 So, is this Easy Blueberry Breakfast Smoothie something you’ll be making on the regular? Drop me a comment below to let me know!