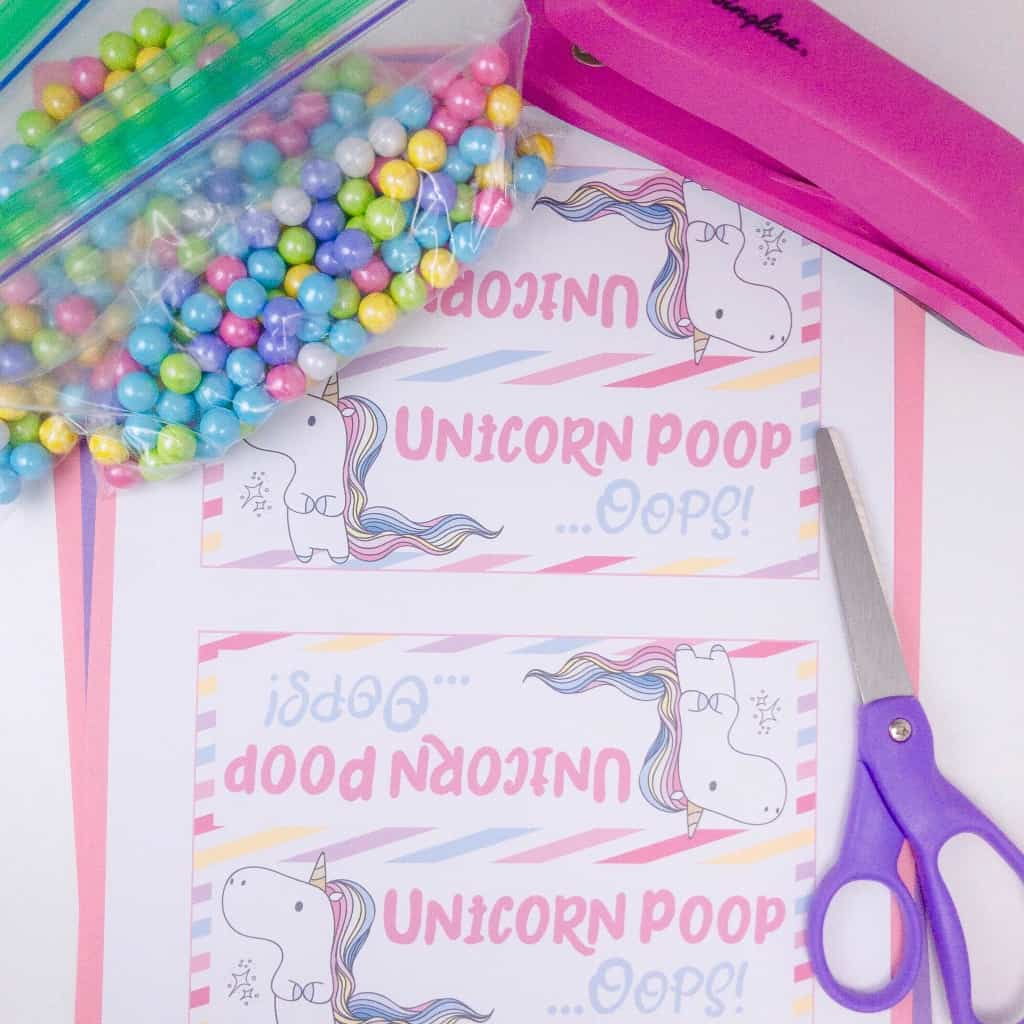 (Inside: I had an idea for a cute Valentines gift for older kids to give each other. Introducing the DIY Unicorn Poop Treats with Free Printable Bag Toppers. You’ll love ’em.)

When preparing for your kiddos’ various Valentines parties, sometimes you’re told “I don’t want to take the same thing my sister is taking.”

And then you pause.

Dang. Your idea to just batch-make a whole bunch of stuff was derailed by a kiddo trying to be her own person.

So, I decided to come up with something a little more “edgey” and “cool” for my older kiddo. Not that she’s all that much older, but she gets it and thinks it’s funny. So, there’s that.

In all seriousness, these DIY Unicorn Poop Treats with Free Printable Bag Toppers that we came up with are super cute and both my kiddos thought they were funny and now I’m trying to figure out how I’m going to tell the younger one that she’s still taking the Hugs & Kisses while sister is getting these unicorn ones…LOL! 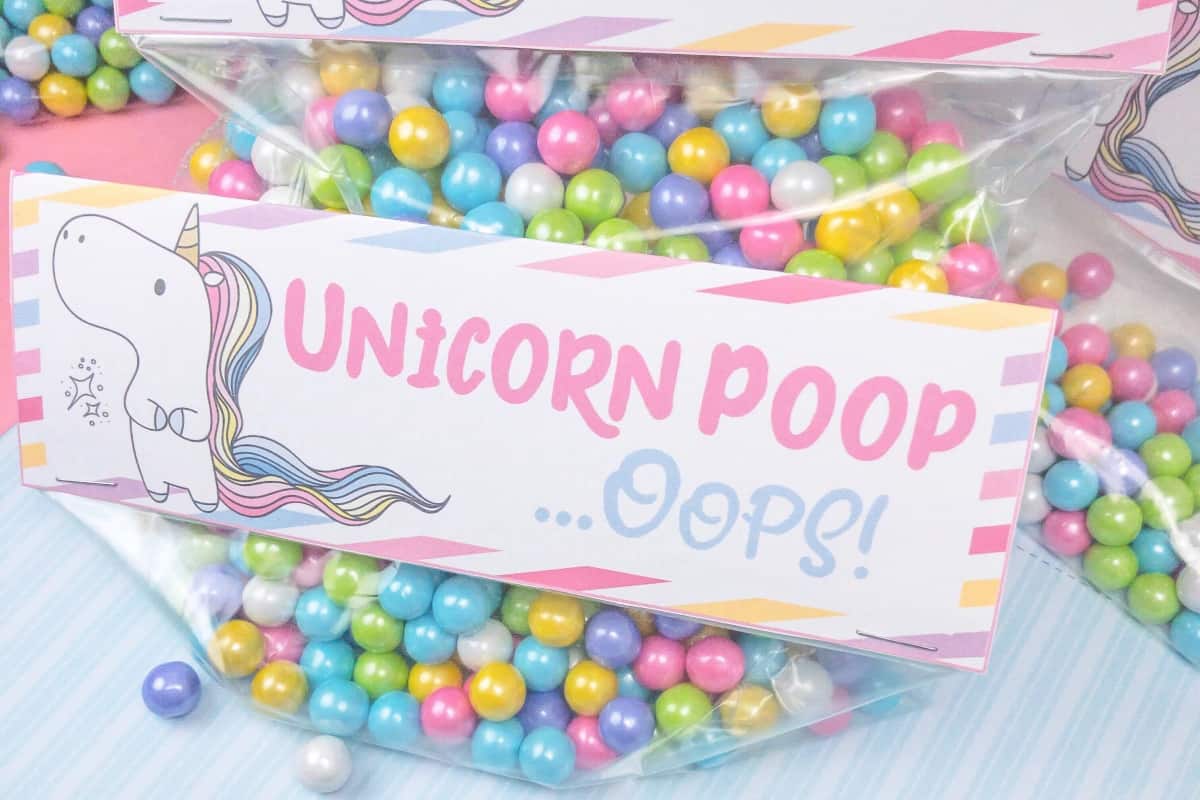 What You Need to Make Your DIY Unicorn Poop Treats

How to Make Your DIY Unicorn Poop Treats

Think you might be giving these to your kids to hand out at their Valentines party?! Do it!

But, be sure to pin this, because you know you’re going to forget where you found this and have to hunt for it…soooo…save yourself the step. LOL! 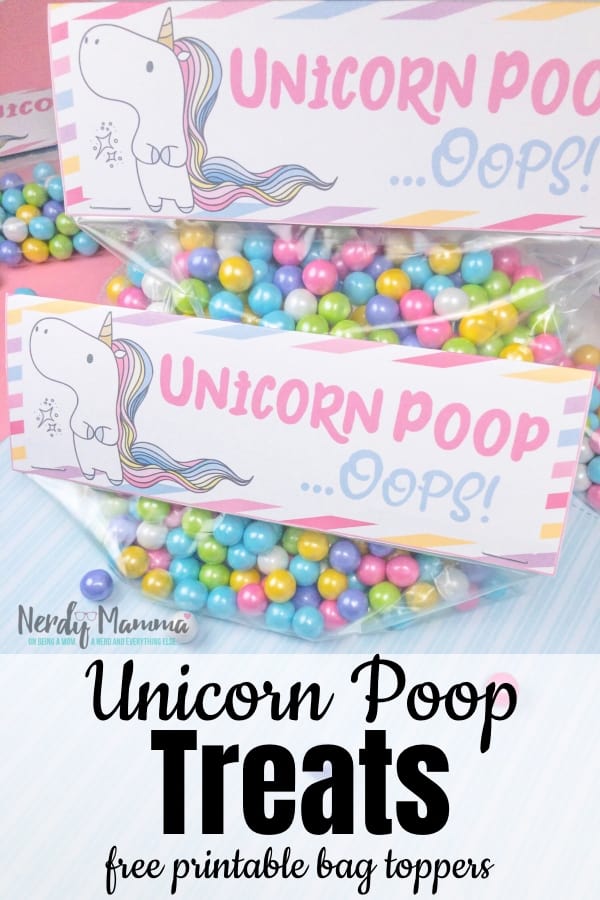