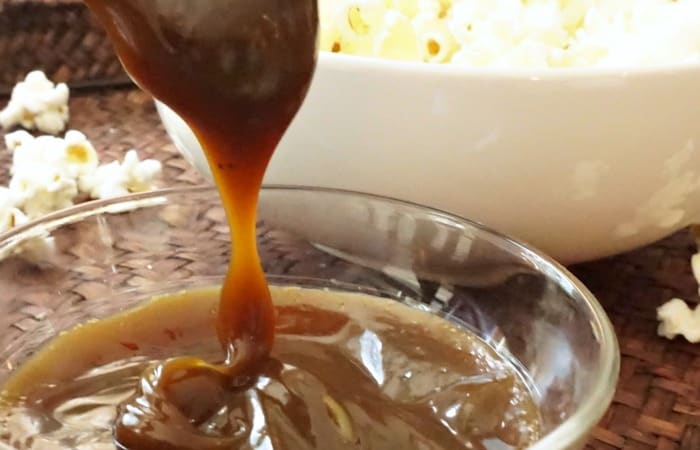 Let’s be honest. There’s not just a whole lotta “clean eating” going on around my house. Seriously, there’s like sugar-overload in almost everything. And it’s not entirely my fault. I didn’t even realize that for every tablespoon of ketchup there’s like a tablespoon and a half of sugar in it (I am exaggerating–but seriously!). And, apparently, that’s something that being pre-diabetic, I kind of need to cut out–the sugar, not the ketchup (although the ketchup is one culprit). So, I’ve been playing with coconut sugar. And you know what–it’s yummy. But I wanted to put it to the real test. Cooking….and you know? This Coconut Caramel Sauce is actually BETTER than Cane-Sugar Caramel Sauce. Who would have thought?!

Random side note…When I made caramel before, I wasn’t really thrilled the first couple of times that the plastic spoon melted. So, when I made this Coconut Caramel Sauce, I was careful to only use a metal spoon. It made a big difference in first, my frustration level (I don’t like to make a second batch when I realize my spoon has melted), and second, in the flavor. Apparently, melted spoon leaves an aftertaste. Heh. So, be sure to use a metal spoon. LOL! 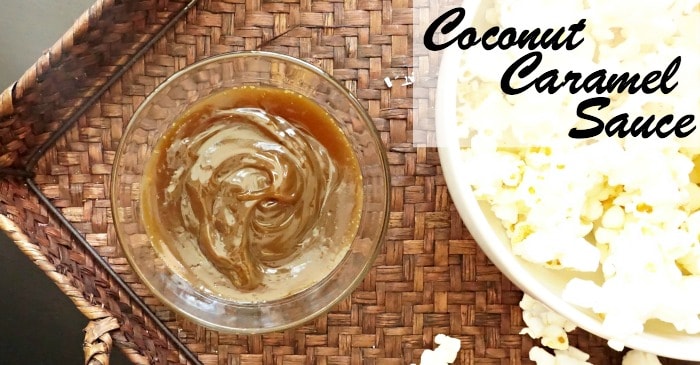 The other thing about this Coconut Caramel Sauce that I wanted to point out is that it’s not made from the coconut fruit (you know the “nut”), but rather from the flower. So, it doesn’t taste coconut-y. Which means that, if you were looking for a recipe that tasted coconut-y, you’ll want to look elsewhere (or just add some coconut flavoring to the mix). But, if you were looking for caramel sauce that just wasn’t going to make your body go all wonky from the sugar-overload…well, this is your recipe, my friends. Heh. 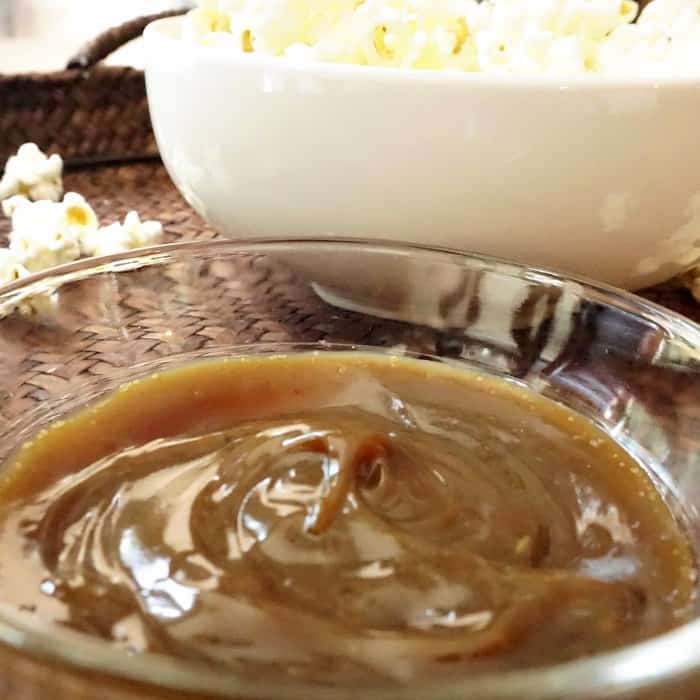 Let me know what you think about this Coconut Caramel Sauce. Just drop me a line in the comments, below–or find me over on Facebook…And don’t forget to pin this for later, so you can find it again when you’re craving a little coconut caramel action!

What to Have on Hand to Make Coconut Caramel Sauce