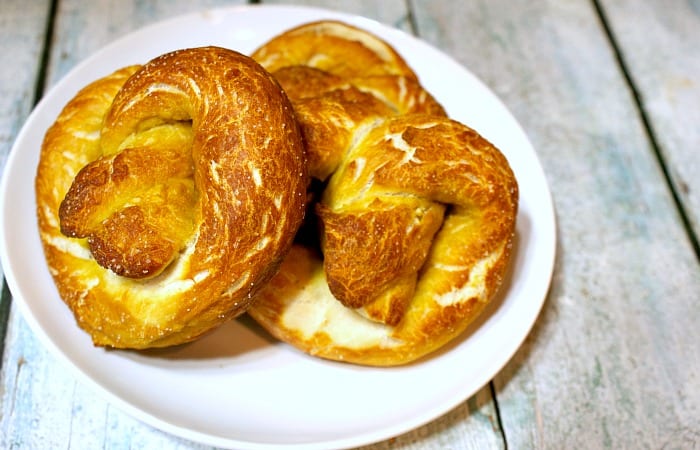 I love a good movie night. But the last couple of times I busted-out a good film after the kids hit the sack, I haven’t felt like revving-up the popcorn maker just to have the little ones wake again. Weird how my priorities have changed in life since having kids…So, I’ve switched to a new snack (well, new for me) to much on while I catch a flick (and no, I’m not talking Netflix and Chill–just watching a movie): Vegan Homemade Pretzels.

So, the thing with these Vegan Homemade Pretzels is that you can’t just make them right when you want them–unless, like me, you’re willing to make them the first time and wait while they’re baking while your movie is rolling. No, what’s so clever about this snack is the idea that you can make a dozen, then put all of them in the freezer to reheat later. Yup. So, you just whip-up a batch, maybe while the kids are even awake, then you have enough for like 10 movie nights…simple and elegant in solving the snacky problem. Heh. 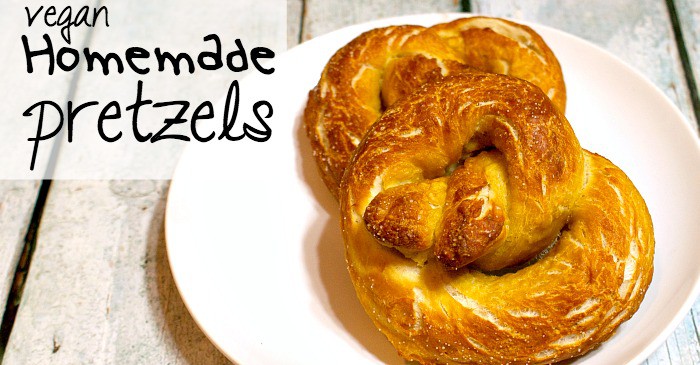 I don’t know. I guess maybe I’m just a little silly like that, but just popping one of these pretzels in the microwave seems so much easier than cranking-up the hot air popcorn machine lately. I mean, besides the fact that making the popcorn wakes my toddler (and then she needs some, and a gatorade to go with it and then it’s like our movie night is destroyed because she wants to RULE THE WORLD AT MIDNIGHT!)…yeah, besides that, it just seems like there’s so many more steps to the popcorn than the pretzel. So, pretzel wins this week. Again.

I've switched to a new snack (well, new for me) to much on while I catch a flick (and no, I'm not talking Netflix and Chill--just watching a movie): Vegan Homemade Pretzels. 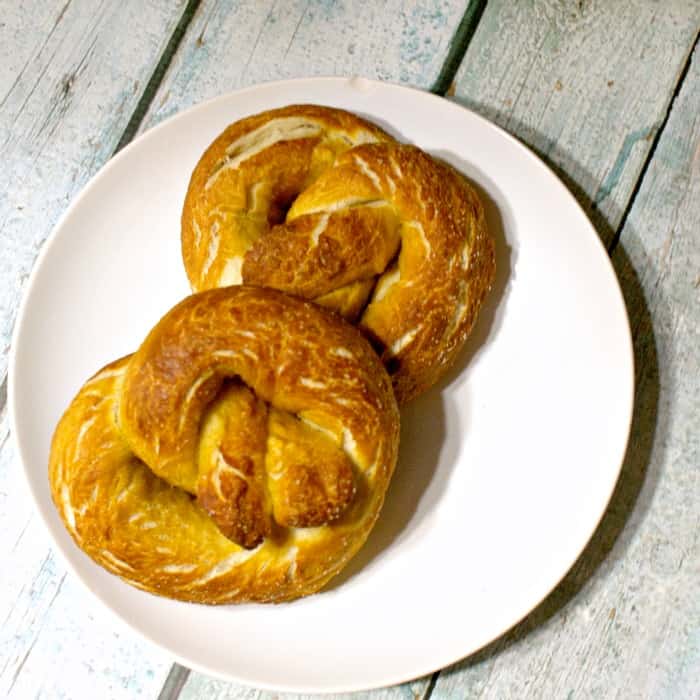 Let me know how your Vegan Homemade Pretzels turn out by leaving me a comment below!