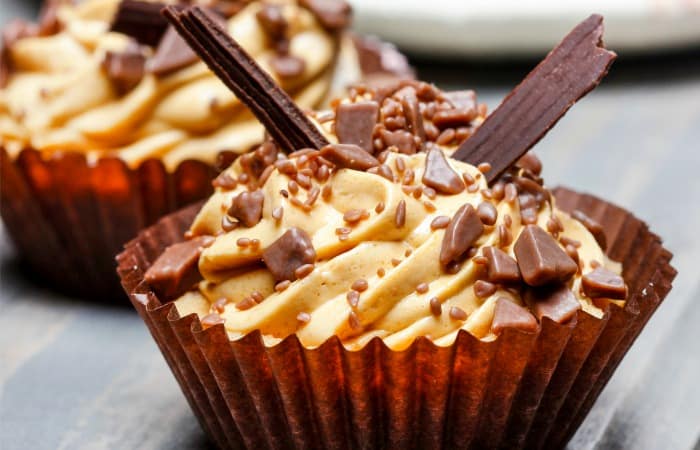 There’s just something awesome about mid-week munchies for me and my girls. I mean, I like making treats for my husband and son, don’t get me wrong, but there’s something special about making a little snack that’s just for us. My toddler seems to know that it’s special and she gives me the sweetest hugs. I don’t know…it just makes me want to make more. So I do. Heh. This week I made Vegan Chocolate Toffee Cupcakes with Toffee Icing. I think I’m a little obsessed with toffee lately…or maybe it’s those sweet hugs.

But, let’s be clear. It’s not as if I didn’t share those awesome yummy treats with my hubster and the boy. No, they had some when they got home later in the day. But those first 3 (ok those first 4) were for just us girls. The icing was all over all three of us (you try eating clean with a toddler and an infant) and the chocolate…well, we had to have a shower afterward…I even found some in the baby’s ear. So, yeah, these Vegan Chocolate Toffee Cupcakes with Toffee Icing were a hit. And I shared. Win-win-win. Right? Heh. 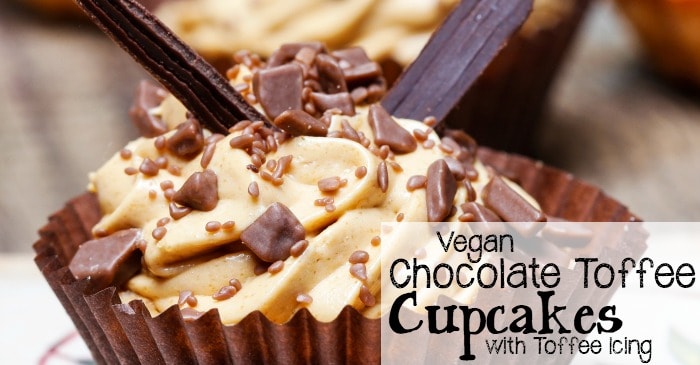 This week I made Vegan Chocolate Toffee Cupcakes with Toffee Icing. I think I'm a little obsessed with toffee lately...or maybe it's those sweet hugs from my baby girl. 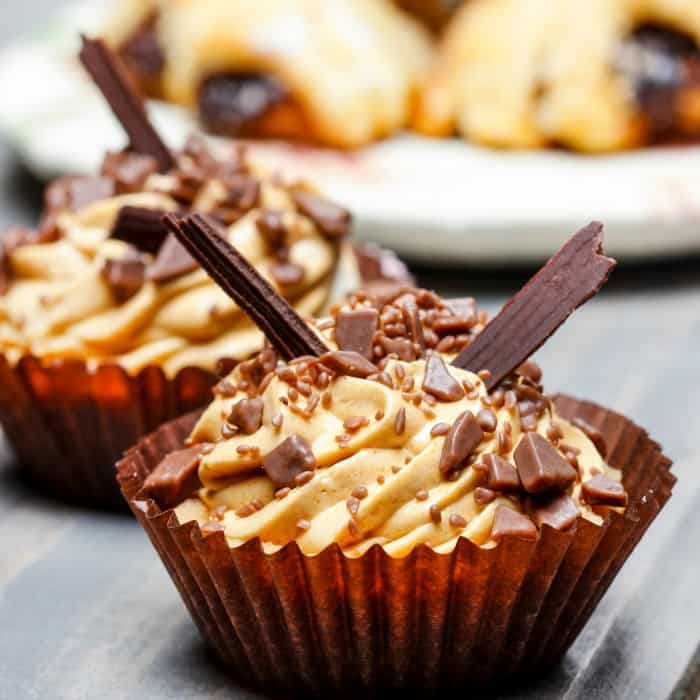 If you end-up making these, let me know what you think. I’d love to know if the toffee icing was toffee enough for you or if you wanted more toffee-ness (I was kind of on the fence). Heh.