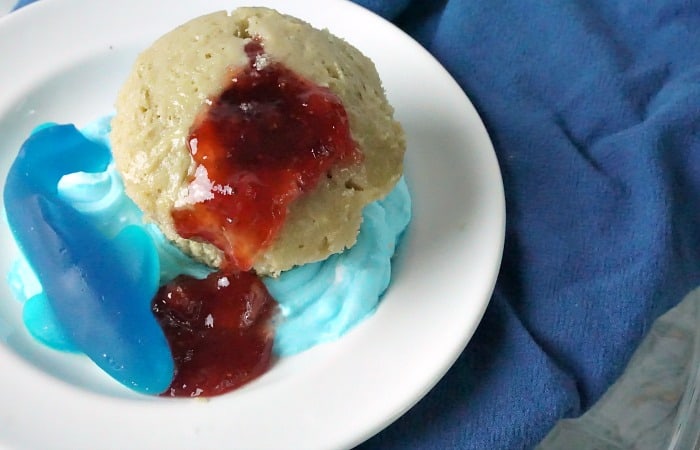 Alright, let me start by saying that I don’t swim in the ocean.

Not my thing and never will be.

Actually, it’s more than that.

I won’t even watch movies about bad things that happen to people while they’re swimming in the ocean, because I’ll have nightmares forever. Not a month, not a year–forever.

So, shark week is, by its very nature, like watching a fascinating train wreck to me. I want to look away. I want to stay away–and I can…until I can’t.

Then, I’m spending hours binge watching with a look of horror on my face that my husband thinks is hilarious.

But I’m cutting it up this year and making Shark Week more like tadpole week.

First on the list is a batch of adorable (if a little morbid) Shark Attack Cupcakes.

Because the shark seems just a little less freaky if I’m bitting it’s tiny head off and even dipping it in strawberry jelly…heh.

My therapeutic Shark Attack Cupcakes (that are, incidentally, gluten-free and vegan, and are pretty much just jelly filled cupcakes sitting on their own icing) are really tasty.

I don’t know if its the coconut milk whipped cream icing or the jelly or the fact that IT’S A CUPCAKE…ok, it might be that it’s a cupcake.

That’s why I put my Shark Attack Cupcakes on their icing instead of the other way around.

Because, I tried to eat one like a normal cupcake and ended-up with jelly down my arm and icing on my nose.

So, plate these bad boys, use a fork, and be happy.

It’s the ultimate in shark-attack-cuteness.

Just look at those cute eyes on that little sharky. 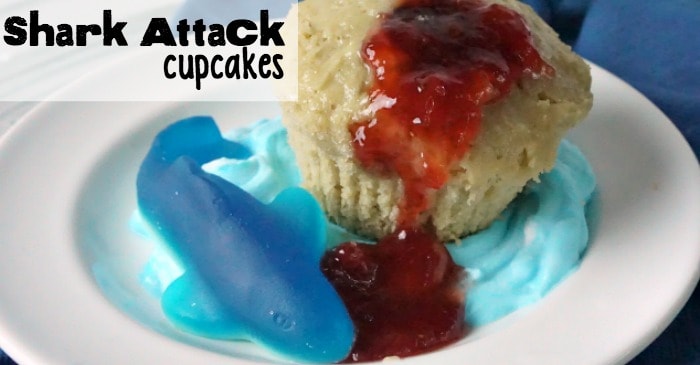 If you love these little Shark Attack Cupcakes, drop me a line below.

I’d love to know if you want more of these ridiculously easy (but oddly fun) cupcakes in your life.

And if these aren’t the cupcakes for you, maybe these Shark Costume Cupcakes are more your style…

And with that, on to the recipe, my lovelies, because we all know that’s why you’re here…heh. 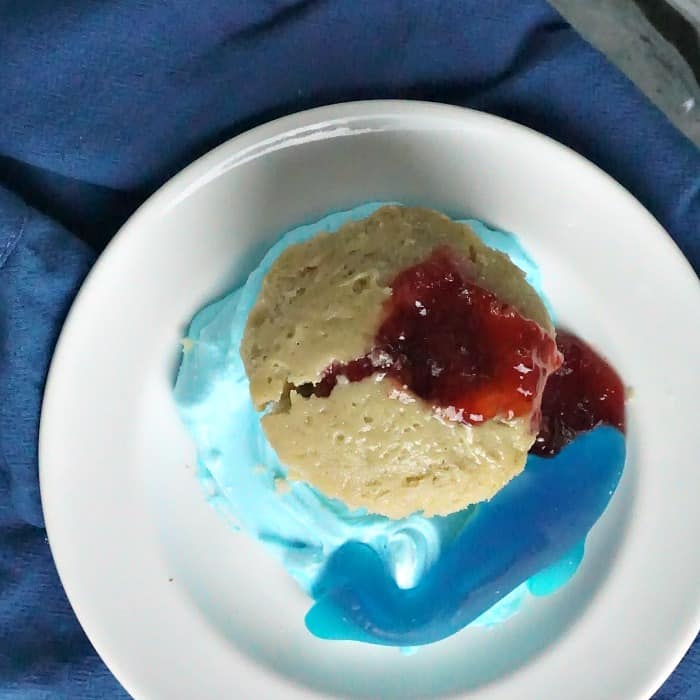 Shark Attack Cupcakes. Because the shark seems just a little less freaky if I'm bitting it's tiny head off and even dipping it in strawberry jelly...heh.

Don’t forget to get your little gummy sharks here. They’re kind of what makes the whole cupcake…