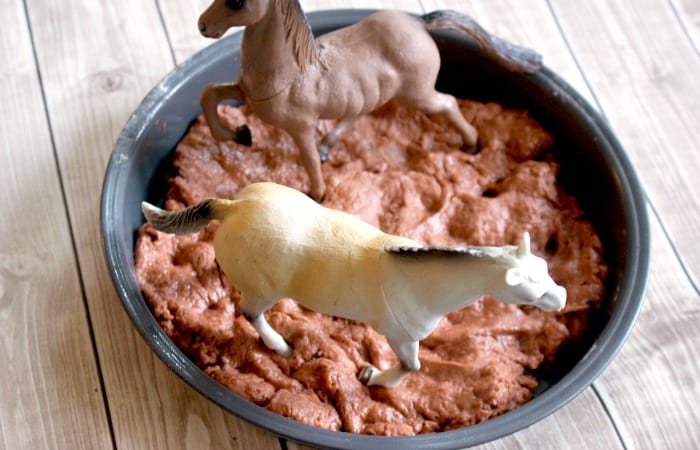 Desperate times, my friends, desperate times. I had a toddler that was bored, the internet was out (meaning no Netflix) and the plethora of toys at hand were somehow not meeting her needs. But I had to cook dinner. There were people coming. And I’d promised steak, potatoes, and an apple pie. Not an easy task with a toddler attached to your leg because they can’t find anything else to occupy themselves. Hence my newest creation: Mud Pie Play Dough. That’s right. Brown play dough for making pies…like mommy was doing. It even smells like apple…

It was so easy to come up with this idea. Really it was. I literally had half the ingredients already on the counter when I decided THIS was how I’d occupy the mini-monster. So, yeah, I just threw it together in less than 3 minutes, plopping her down with a couple ponies to trot around in it (and some kitchen utensils that she pinched from a drawer, but whatever). She was mesmerized for long enough that I got the apples peeled, the pie in the oven, and the steaks on the grill. 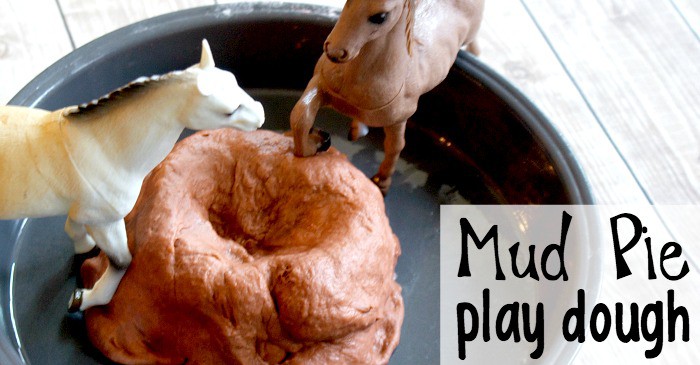 What to Do with Mud Pie Play Dough?

This is not a trick question. I seriously had to coax my toddler into playing with the Mud Pie Play Dough (she really just wanted to attach herself to my leg and whine), so I came-up with a list of ideas that we could do with it, even though we landed with the ponies and kitchen utensils. So, here’s what we came up with:

So, be sure to check back later for some of those ideas for using the Mud Pie Play Dough to be posted here. Or, sign-up for the weekly nerdy-newsletter, to be sure you’re getting all the best nerdy-ideas! 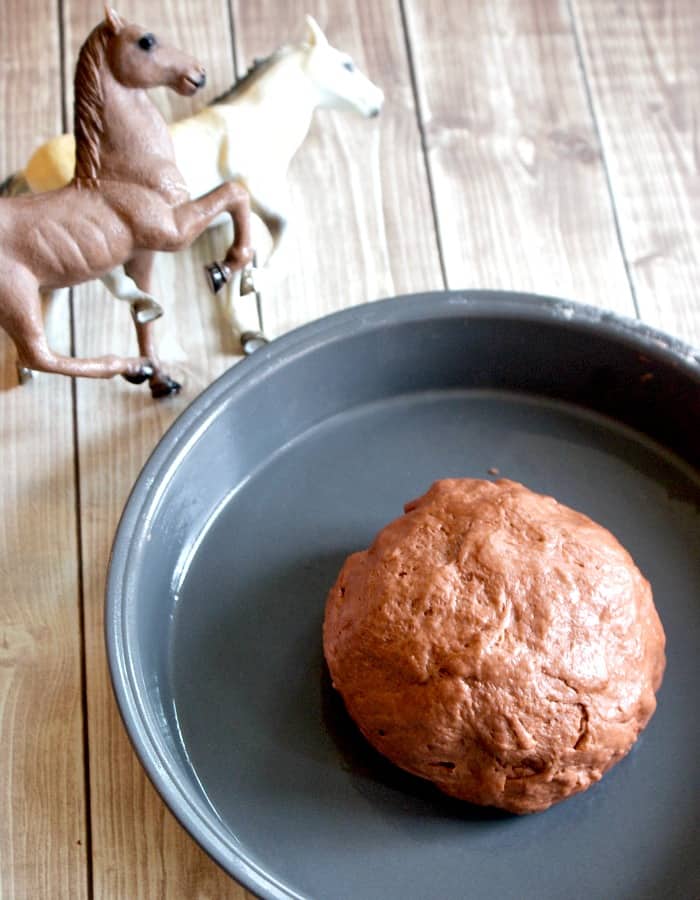