There have been few things more daunting to me as a new parent than the diaper rash that just won’t go away. I swear, I felt like my daughter had one from the moment she was born until she was almost 10 months old, but I finally found six easy and cheap fixes for the dreaded diaper rash–and later, I’ll post a list of five not-so-easy fixes that you’ll only do if you’re really desperate. 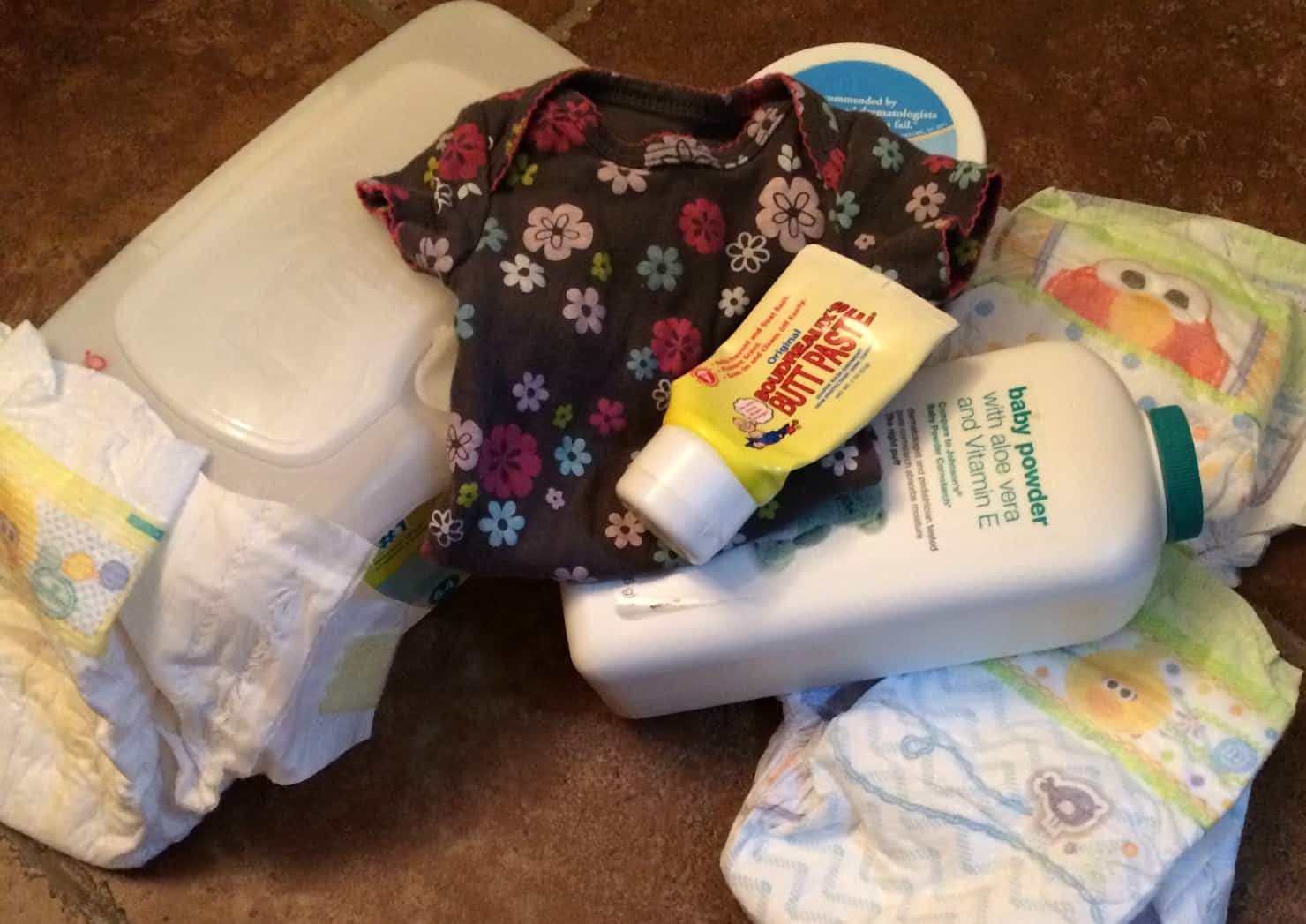 How Long Should a Diaper Rash Last?

Diaper rashes are a bummer, no matter how you look at it. If you’ve treated the rash with over-the-counter meds, and it hasn’t cleared up within six or seven days, you should consult a physician.

There are about eight-hundred-and-fifty-four (note my sarcasm) reasons a baby might get diaper rash. My daughter must have had reason #83…by a process of elimination, we ultimately determined that her rash was due to a yeast infection (thank you Dr. B). Seems silly. Babies aren’t adult women…but apparently our parts all work the same. Weird, huh? It took us FOREVER to find the problem and solve it, so in the interim we tried everything. And if you are trying to avoid a trip to the doctor like we were, feel free to follow our same path–but eventually, do go to the doctor if the rash just won’t go away…There’s no reason for babies to be itchy. Its just not right.

If there are patches of bright red skin, blood in your baby’s stool, pus-filled bumps or blisters, the rash may be some type of bacteria. Unfortunately, there’s no way to tell for sure without getting help from your favorite doctor. It might be best to check it out sooner than later if these symptoms are evident.

This is what we tried in our frugal quest to rid her of the rash:

How do You Treat an Infected Diaper Rash?

A diaper rash that is (or appears to be) infected should be seen as soon as possible by a physician. It may take some antibiotics to clear this up. However, there are several different types of diaper rashes that can only be diagnosed by a professional. The last thing you want to do is make your baby’s rash worse.

Are Baths Good for Diaper Rash?

Yes, baths are good for diaper rash. The cleaner the baby, the less irritation–usually. The thing is that the rash could be caused by the soap you use for bathing baby, or the detergent used for washing your baby’s clothes.  Here are some suggestions for improving baby’s bathing process:

How do You Treat Severe Diaper Rash?

Severe diaper rash (red patches of skin or sores lasting more than 6 or 7 days) should be seen by a physician. If babies could talk and tell us where it hurts or how it feels, it would be so helpful! Since that is not the case, we have to rely on someone with more knowledge and experience than we have.

Aside from baby being so uncomfortable that their (and your) life becomes unbearable, the rash could spread. If the rash is a bacterial infection (possibly staph or strep), it could become systematic and the baby could begin to have a fever or other symptoms.

What is the Difference Between Diaper Rash and Fungal Infection?

Diaper rash (not bacterial or fungal) is an irritation that affects the diaper area. Diaper rash will rarely spread to outside the diaper area. Most of the time, diaper rash is patchy red areas that do not have any bumps, blisters, or bleeding involved. A fungal infection will typically be more central to the genital area and in the skin folds, and if severe, can have pus-filled bumps.

What Foods Cause Acidic Poop in Babies?

While there are several food items that can cause acidic poop in babies, here is a short list of some of the most common food items:

Diaper rash can be made worse with diaper cream. Some reasons for that are (but are not limited to):

I really hope this helps, if your kiddo is in the seriously-itchy-zone. It can really make them fussy and unhappy. And if they’re always red/itchy/raw/tender…well, just think about it if that was you. Ick.