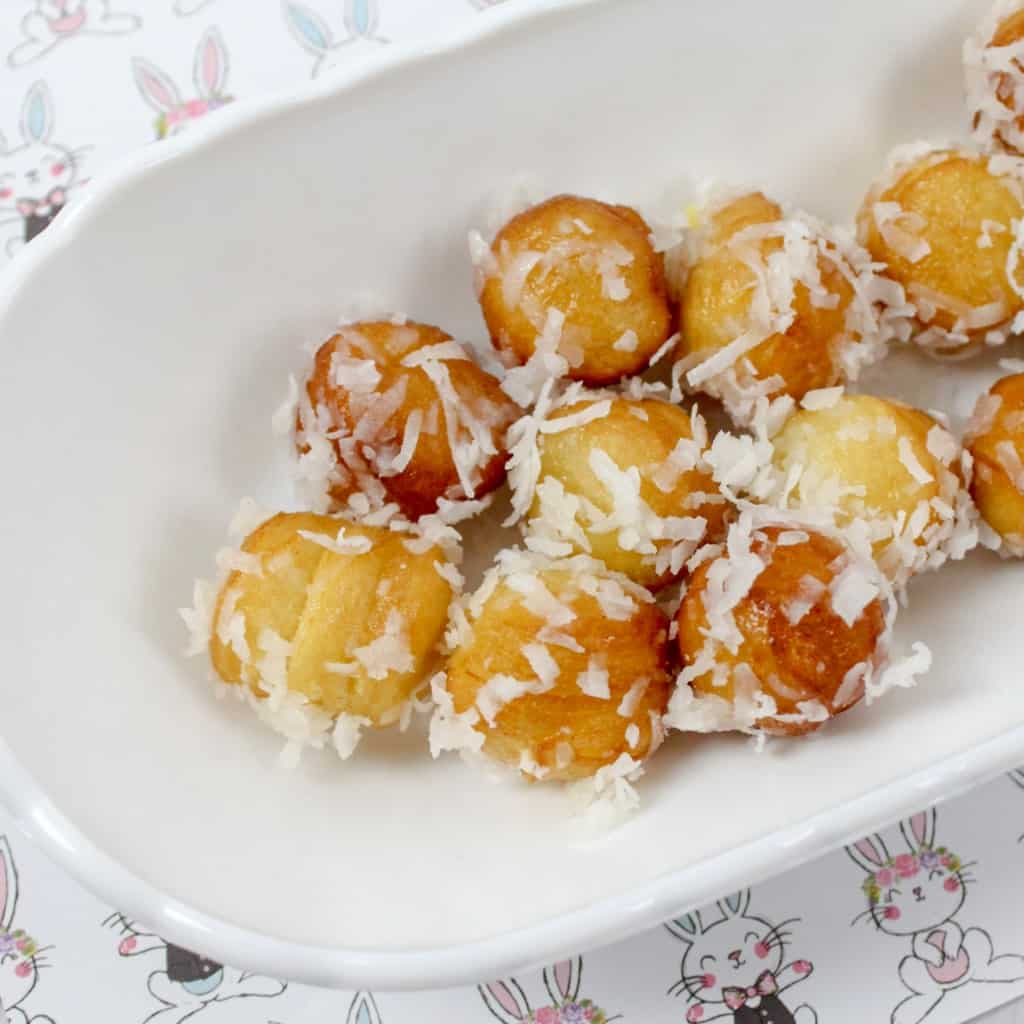 (Inside: My kids were in need of a snack. And not just any snack. They wanted Coconut Donut Holes. But it was well past 2pm and the donut shop was closed. This mom is not without resources though–and so I made homemade Coconut Donut Holes!)

There was an emergency snack situation at my house this weekend.

My kids were desperate for their favorite Saturday snack, Coconut Donut Holes, but the local snack-dealer, I mean donut store, was closed for the day.

Mom had to bake on Saturday…what torture (just kidding, it’s one of my favorite things to do). 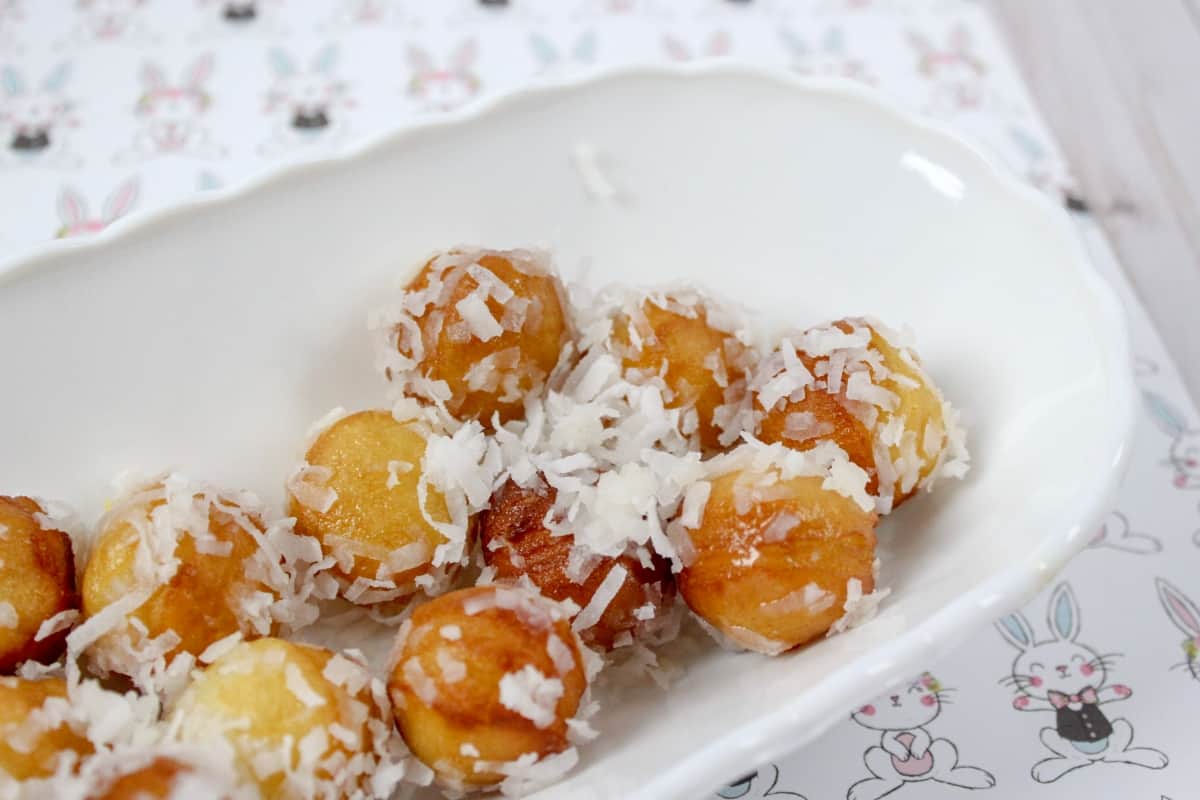 I even got the kids to help me pull together these Coconut Donut Holes.

They could cut them out, they rolled them in the coconut…they basically had a blast and got messy.

I kind of think I might be making these again in the near future…they had so much fun.

Now, if you’re not quite ready to make your own Coconut Donut Holes, just go ahead and pin this recipe.

Heck, even if you’re making them, then you should still pin this–because you’re going to want to make them again…

My kids were in need of a snack. And not just any snack. They wanted Coconut Donut Holes. But it was well past 2pm and the donut shop was closed. This mom is not without resources though--and so I made homemade Coconut Donut Holes!