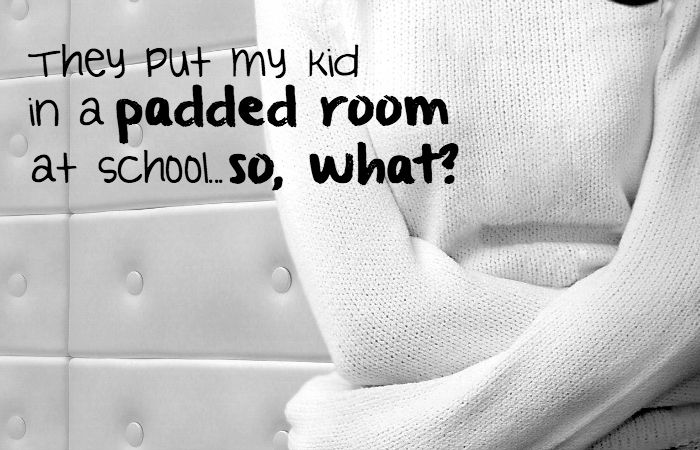 This afternoon, I read this article about a school in either Australia (g’day, mate!), where they were all in an uproar about this principal having built a cage for an autistic student. Now, I know, I know. A cage seems a little extreme…buuuuuut, maybe not? Maybe something similar happened to my kid? Because it did. They put my kid in a padded room at school, sometimes for the entire day. Because my son is violent. And, I think I’m ok with what the school did. 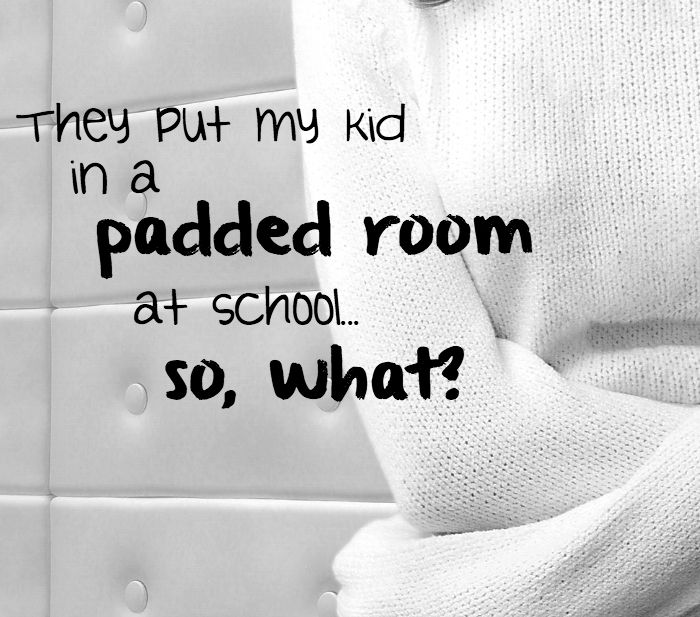 They Put My Kid in a Padded Room at School…So, What?

So, here’s the scoop: We adopted my son when he was older (7, because, that’s “old” for adoption, apparently). He came to us already knowing some choice words and painful ways to pick at an adult until they broke. He’s angry. Even now at 13, he’s very, very angry. And he has every right and I get it. The life he lead before coming to our home was just straight-up horrible. That being said, he’s got no reason to continue to be mad, other than the fact that it’s really hard for a kid (no matter their age) to let go of the things he suffered. So, he deals with it by being angry at the world and kinda being an a-hole.

He is exactly the kind of kid that literally needs a village to help get him to successful adulthood. And that might not even work. But, sometimes, the village has to suck. Enter the 2nd elementary school he attended. They tried their best, they really did, but the fact of the matter is that they made his situation worse. When he had a violent outburst, rather than just calling it a day and sending him home or brushing the event off, they shut him in a padded room. Yeah, I just said that. It was for real. They just shut my kid in a padded room for him to “cool off”. Sometimes, it worked. Most of the time, it just made him madder. He learned new ways to make the teachers mad, too by doing things like peeing on the walls of the padded room and tearing the padding out. All around, it sucked.

And, you know what? Even though I get it (nobody likes it when a 10-year old is biting and kicking and threatening murder and mayhem) and I kinda shrug my shoulders, I didn’t like it. Not one bit. If I had to do it over again, I’d never have allowed him in that padded cell. Because that’s what it was. A padded cell to “jail” him when he’d misbehaved. They reinforced his desire to not deal with things head-on and to let it all out in a crazed fit.

Don’t get me wrong, the first elementary school he attended was no perfect set-up for him, either, but at least he was included in regular classes every day and they didn’t have a padded cell to put him in. No, they had a broom closet that they held “classes” in and then, if they had an issue, they just went to the principal’s office and dealt with things there. The middle school he’s currently at doesn’t have a padded cell, nor a broom closet. They just have a regular classroom like any other and they deal with everything there–in the open with all the other “problem kids”. So, we’ve run the full spectrum, literally everything has been tried. Maybe one day something will stick. But, so far, we haven’t found it.

So, I guess I’m ok with it. I mean, what else can I be? He’s the one being violent, not me. I’d stop it if I could. So, we cope. We deal. And we hope the days he spends in padded cells are few and far between. 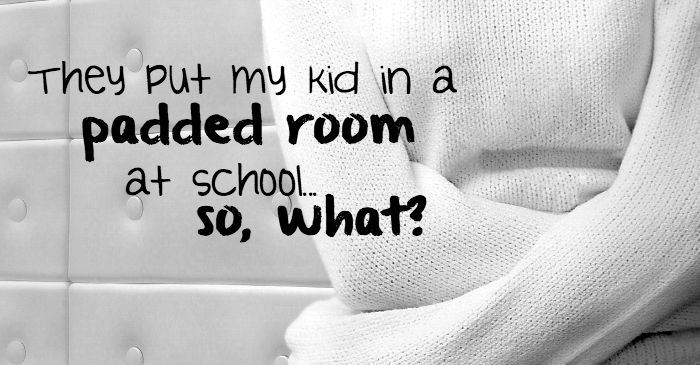