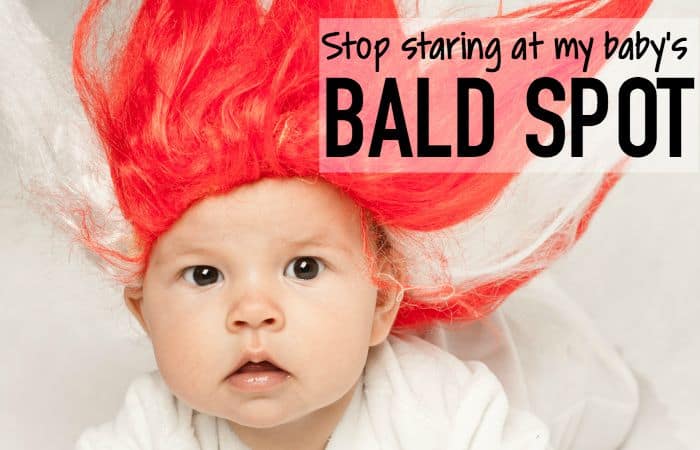 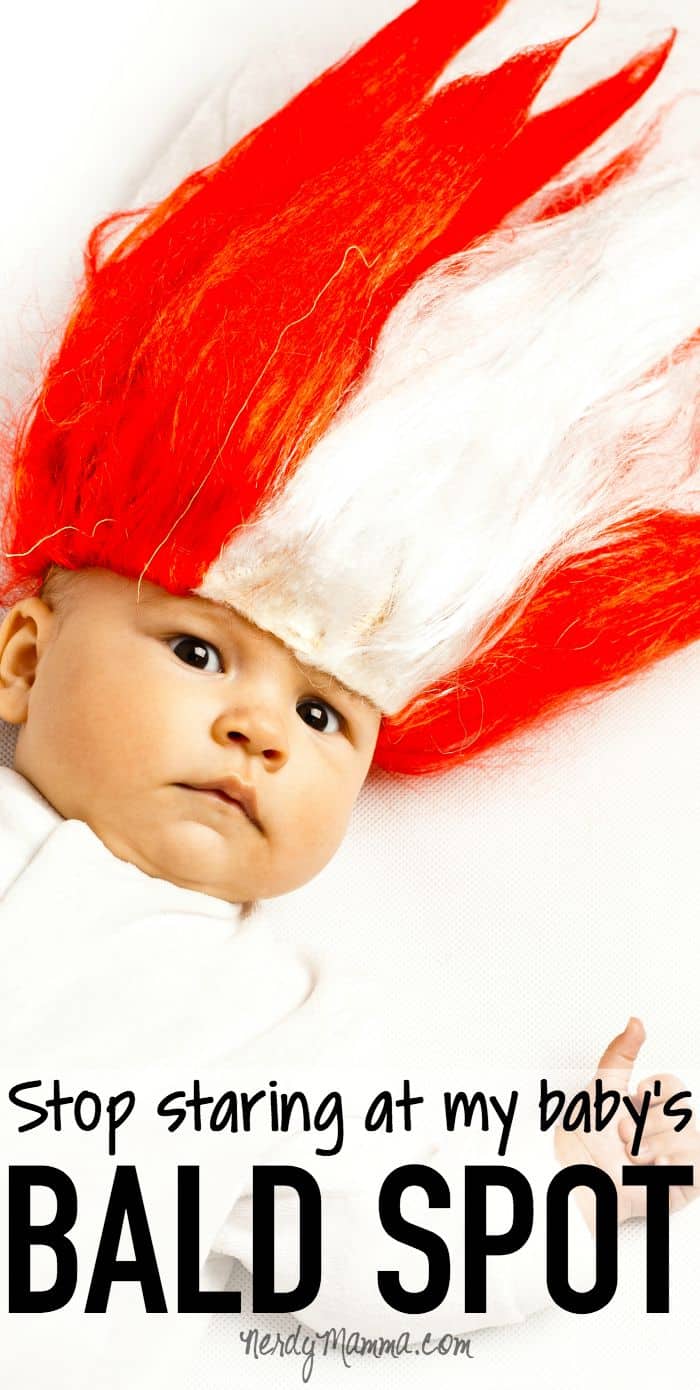 I’m not much of a judgey-mom. I really don’t care what other people are doing with their kids. So, I kind of expect the same from other moms–my expectations fall short sometimes, though. I wish it were that way, though, that the judgey-ness didn’t start so early in a kid’s life. I have a plea: Please, other moms, please, just Stop Staring at My Baby’s Bald Spot…I’m not a bad mom, I swear.

We have crazy-hair-don’t-care attitude at our house, apparently. And maybe a little “don’t care” about a lot of things. It makes us a motley crew, but that’s ok with us. Thank you for not staring. 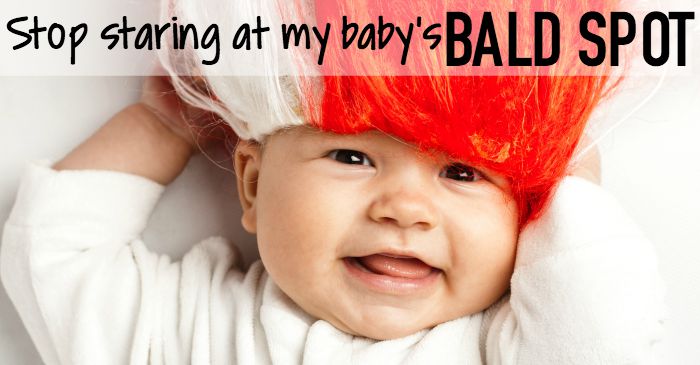