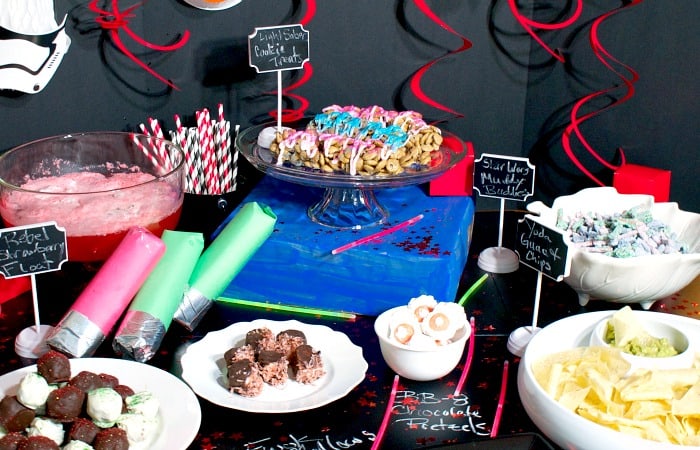 My son was so very stoked about the release of The Force Awakens. Like not just a little–like he was haranguing my husband about buying tickets, pestering me about our schedule for standing in the line, and telling ALL his friends about how we were going on Friday night. This kid is so hilarious. I love how excited he gets about things. So, I wanted to do a little pre-movie party, to amp it up. So, I threw him a little Star Wars shindig. And now I’ve totally got the formula for How to Throw a Star Wars Party that is Out of this Galaxy (literally, it’s far, far away). Heh.

Unfortunately, there weren’t just a whole lot of “off the shelf” things that I could toss on a table and call it a Star Wars party…KIDDING! There’s so much junk out there, you could basically toss some plates on a table and call it good. But who wants to do that?! Not me. I want to really do things kind of “from scratch” anytime I throw a party, so I tossed together some awesome ideas I had over the last week and dressed them up for a cool surprise for my son. 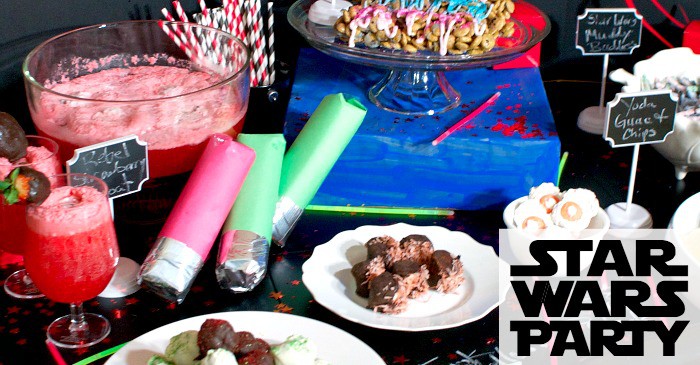 You have to star with some swanky punch for the kiddos. No one wants to be thirsty at a party. So I hit it with this awesome Star Wars Rebel Alliance Chocolate-Covered Strawberry Float. And I decided that we could totally just let it all hang out with cute and easy Light Saber Favors. 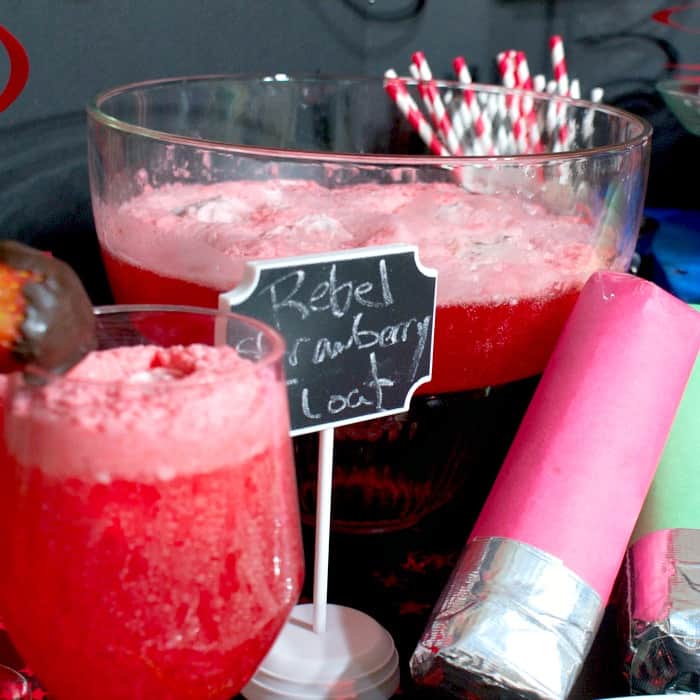 Next on my table were my yummy Dark Side/Light Side Brookie Batter Balls, some easy Ewok Marshmallows (just marshmallows dipped in chocolate then rolled in toasted marshmallow), and a batch of BB-8 Chocolate Pretzels (some round pretzels dipped in white chocolate with an orange candy melt dropped in the center). Easy, yeh? 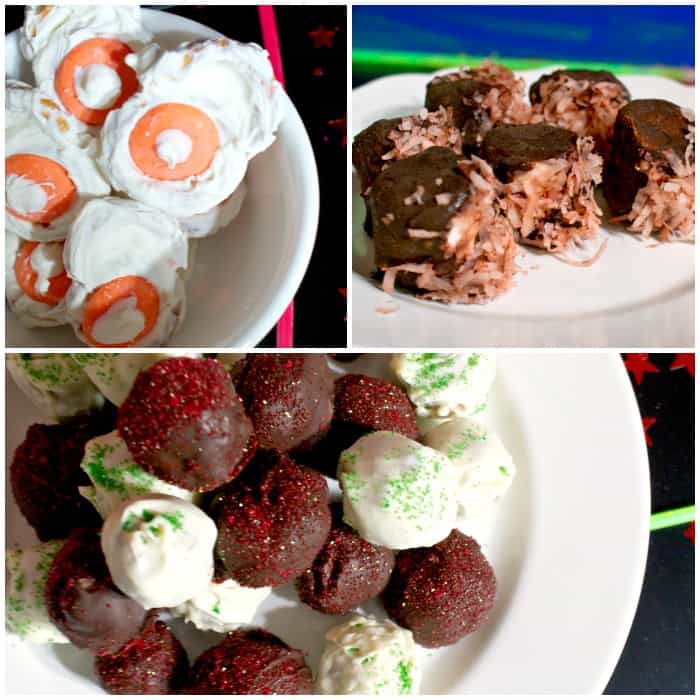 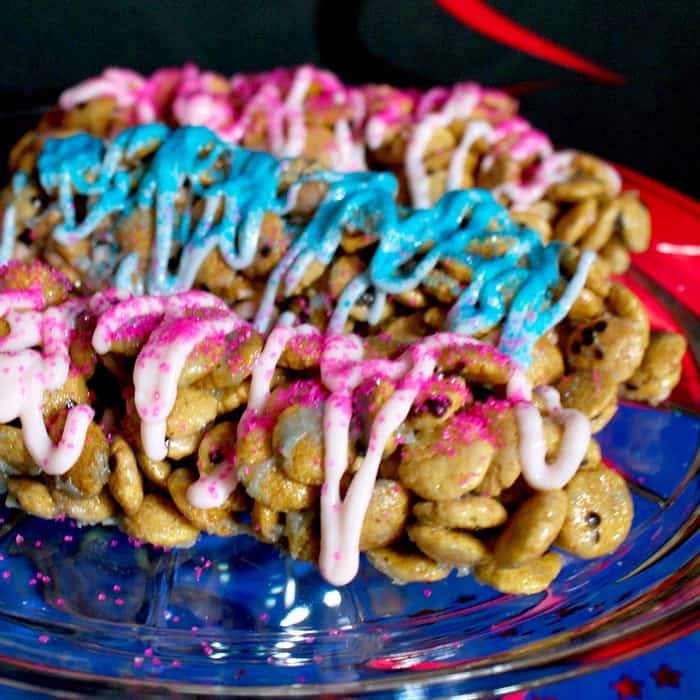 And finally, I dropped a batch of Star Wars Puppy Chow on the table along with some Yoda Guac (guacamole, just plain guacamole–LOL!). 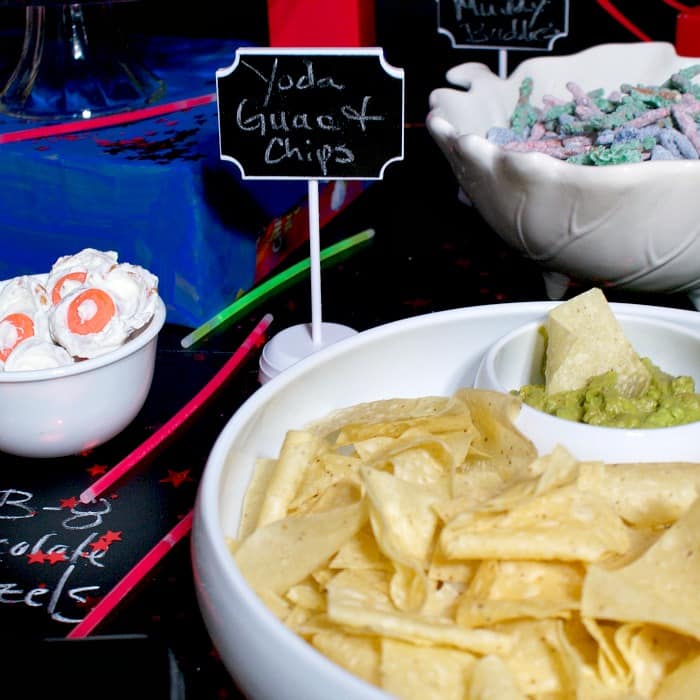 That was it! And it turned-out so well. I mean, I tossed-up some decorations–just a tissue paper flower, 2 little things I got from the party store and some red confetti. Not really much work at all…and you can see, it turned-out pretty well. 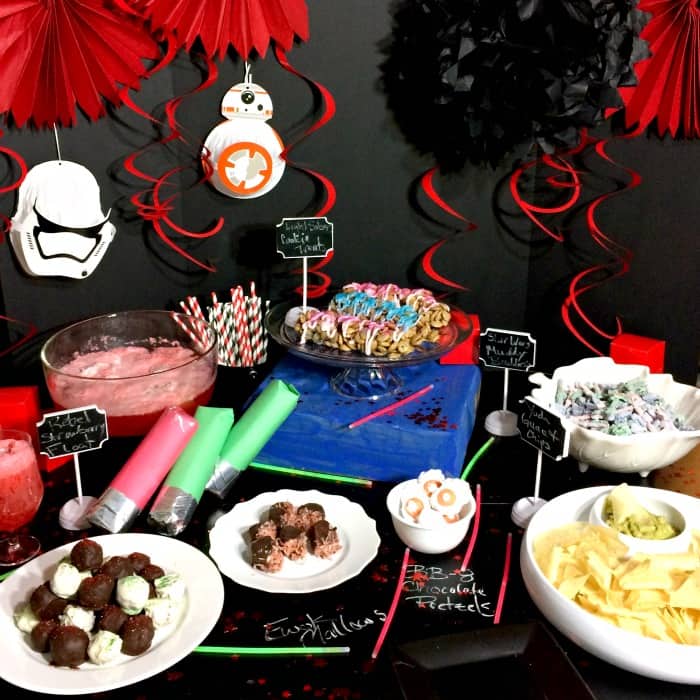