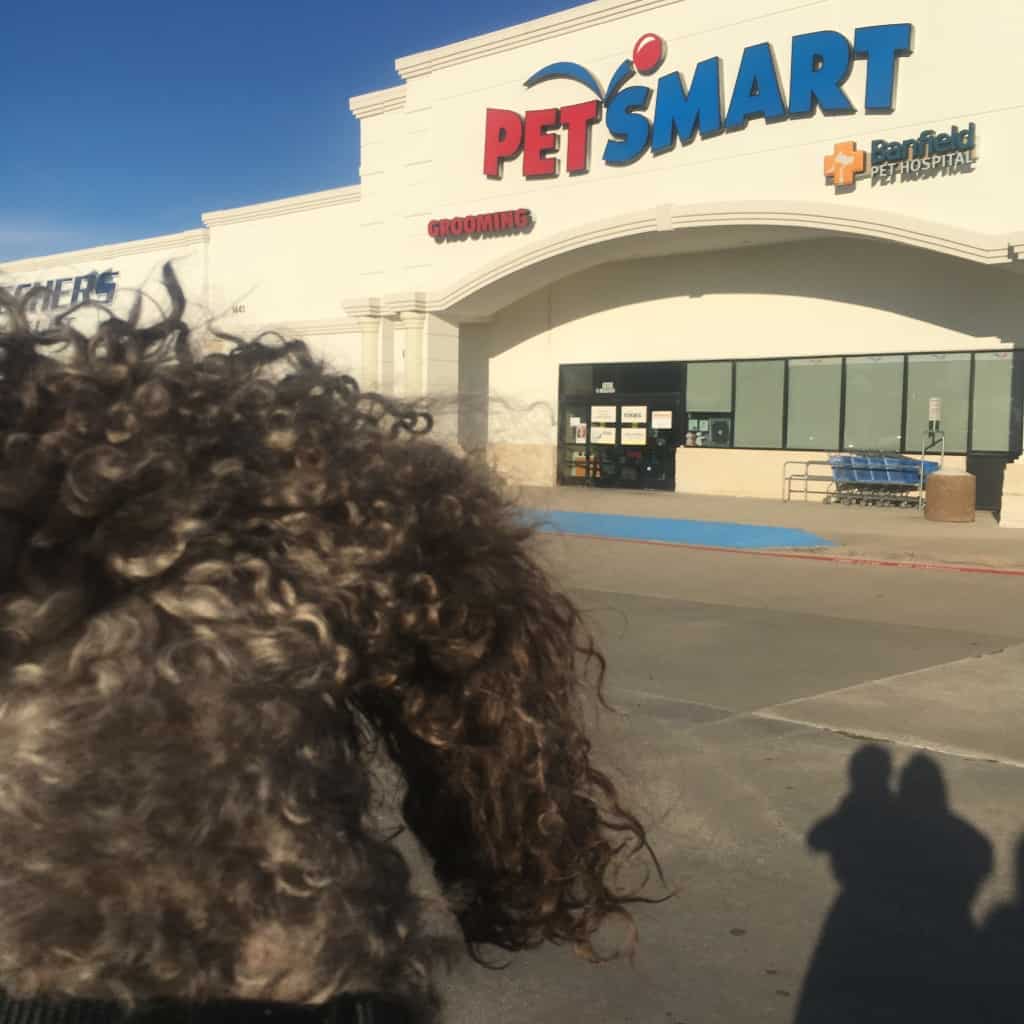 This shop has been compensated by Collective Bias, Inc. and Purina. All opinions are mine alone. #FuelTheirPotential #CollectiveBias

One day, he’s a sweet guy, running and playing, and then, over time, he’s mostly napping and, well, lazy.

He’s not even super stoked about wrestling.

Being slow though? While I can respect that, I also feel like, maybe, he needed a little pick-me-up to help improve his alertness and overall perkiness.

So, we figured out How to Change an Older Dog’s Food and got to work on Mr. Winston’s older-doggo-eating. 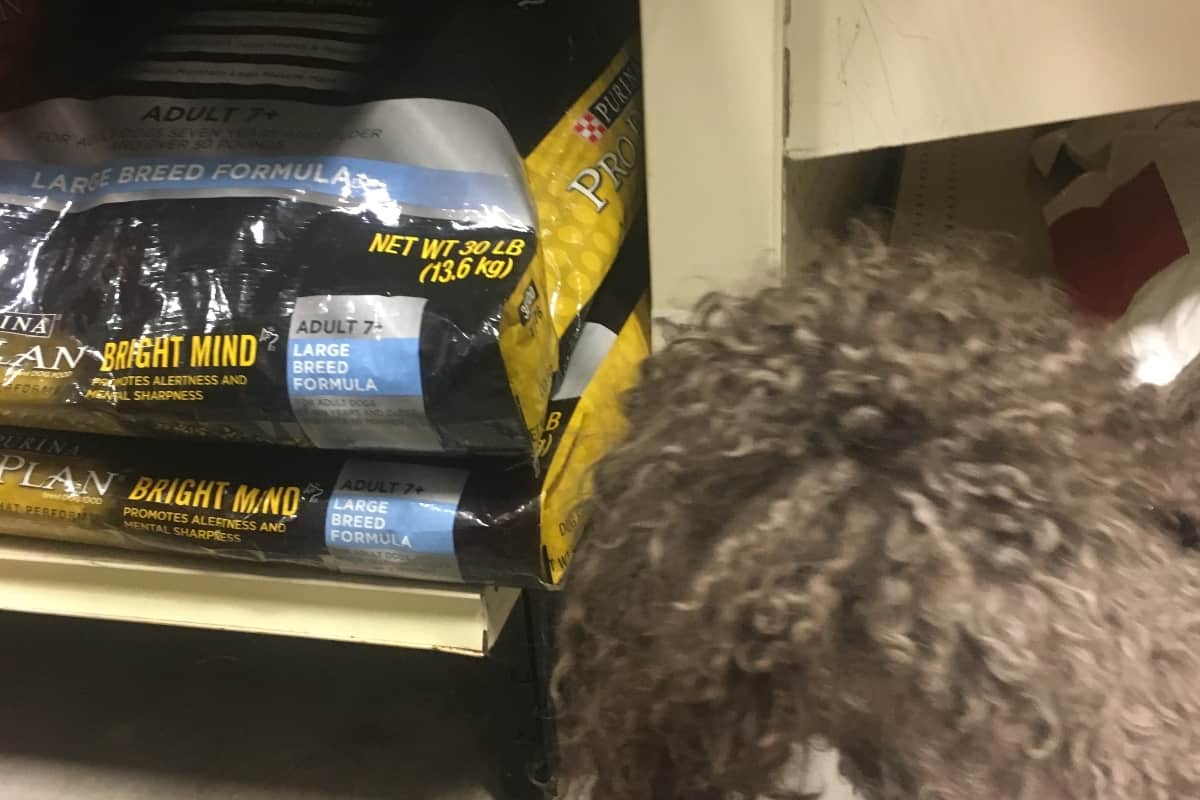 You might be asking: Why is it important to change an older dog’s food?

As doggos get older, they lose some of the umph outside, right? Makes sense then that some of that same youthful umph they’re not exhibiting would also not be present inside, right?

So, you want to find them something that is formulated for older dogs to make sure they’ve got as much spunk available to them–because we want the last few years to be just as fun for them as their first few were, right?

Take Purina® Pro Plan® Bright Mind that we found at Petsmart, for example.

Backed by 85+ years of Purina research, Purina® Pro Plan® is the 1st dry dog food brand with real meat as the #1 ingredient; and Bright Mind is packed with enhanced botanical oils shown to promote alertness and mental sharpness in dogs 7+.

Something that is specifically formulated with years of research behind it to make sure dogs are getting the best for their needs? My old man-dog raises a paw for that.

And I raise a paw for all the healthy possibilities that this food might bring. It’s claims are that it’s got botanical oils to promote alertness and mental sharpness within 30 days, as well as containing a blend of brain-supporting nutrients for cognitive health. I mean–who wouldn’t want that?! 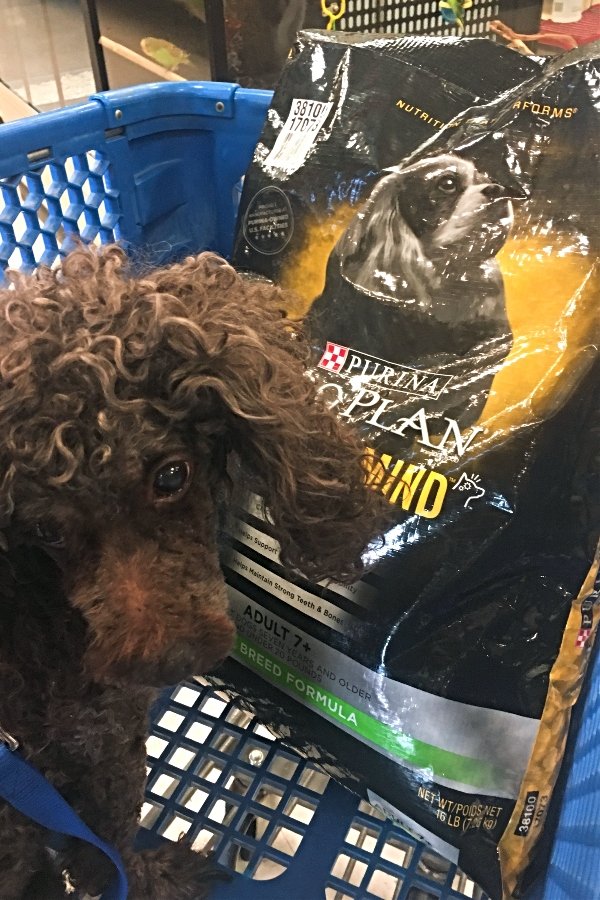 Since we’ve switched, Mr. Winston has been more alert and interested in doing things like playing, going on car rides and just generally being interested in hanging out with us awake. We were really surprised by this and very very pleased.

He’s certainly not a puppy again, but Mr. Winston is definitely more interested in doing silly things again like running off to Petsmart to have his Halloween photo taken. 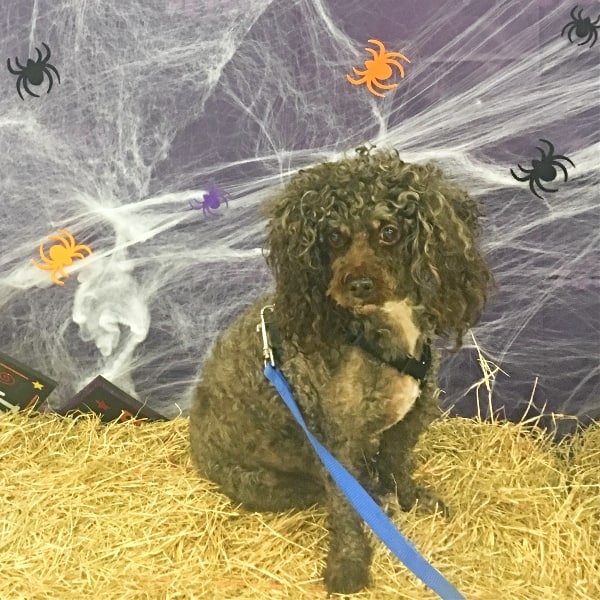 How to Change an Older Dog’s Food

And that’s it. Seriously. So simple.

If you’re interested in trying this, but don’t have your Purina® Pro Plan® Bright Mind ready to go, pin this so you can come back to it when you’re ready to Change an Older Dog’s Food. 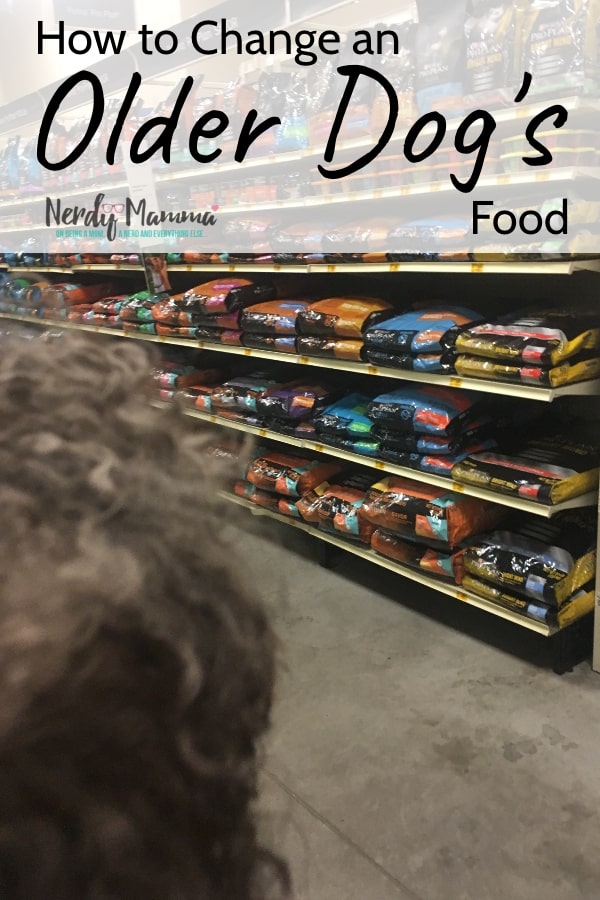