Me, Hoping that Gorillas Aren't Your Only Concern - Nerdy Mamma

I’ve been seeing a lot of crazy, random opinions about this “gorilla situation” this week. Not the opinion that I have, though. And, clearly, it’s important for everyone to shout their opinions at the top of their lungs about this “issue”…while no one is looking anywhere else. Kind of awesome how we do that, right? So, here’s Me, Hoping that Gorillas Aren’t Your Only Concern. Get ready for this–because I don’t care. 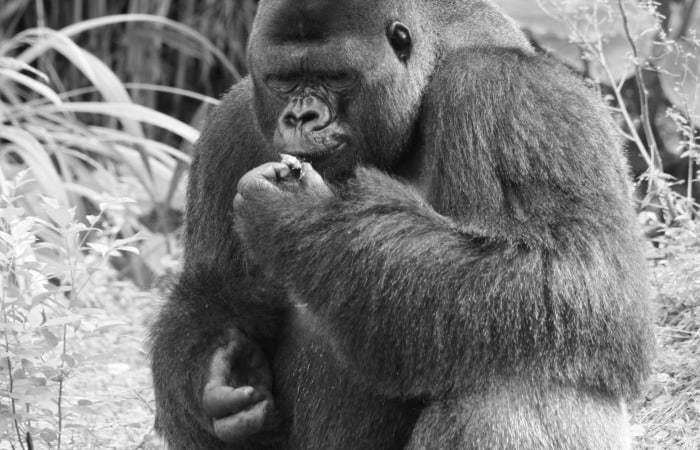 P.S. If you do care–feel free to argue with me. Because I won’t argue back. Here’s the thing–I really don’t care. There are so many other things to worry about.

Me, Hoping that Gorillas Aren’t Your Only Concern

Here’s my recap of the situation:

It was sensational and, frankly, a freak-accident that is now the single biggest story ever (this week). But what else happened this week?

Why? Why are we working like a mob out of the Roman Empire, screaming for blood from the mom? The zoo? Why aren’t we rallying behind them, if we’re going to be all distractified anyway, or, why aren’t we just accepting it for what it was and moving on?

Is it because we’ve already had an oil spill this year? Nope. Is it because we aren’t obsessed with the fact that there are towns out there that are having to boil their water? Nope. It’s just that this is the shiny object that caught our attention. Ridiculous. 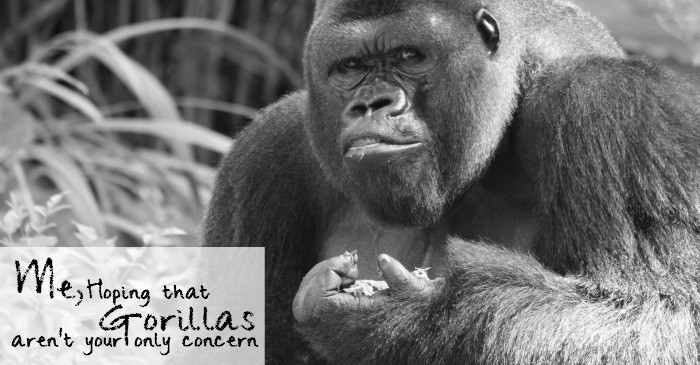 So, help me out. Sit with me in a moment of dumbfoundedness and let that family alone. Because they should not be the focus of a mob. Nor should the zoo. It was a freak accident. Nothing more. Let’s focus, for a few minutes at least, on something else. Something that really won’t cause people to loose jobs or, potentially lives or their children. Just take a minute. That’s all I’m asking. 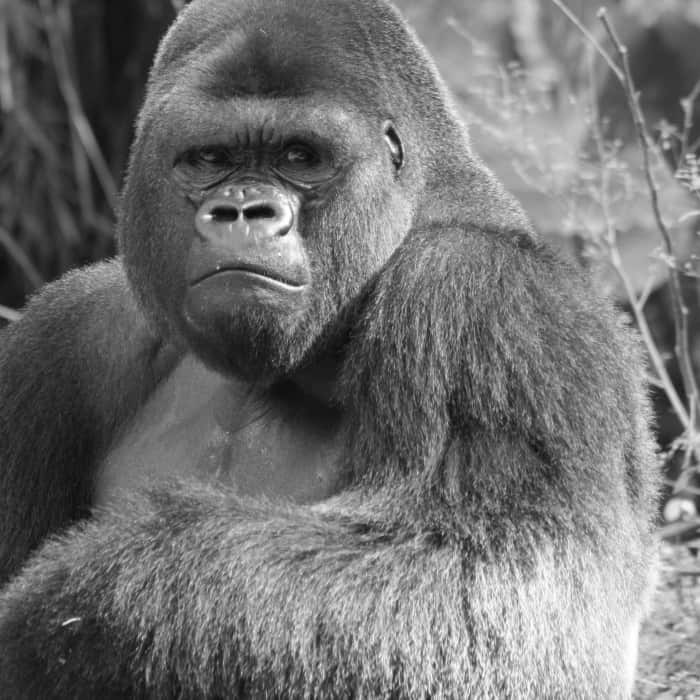 Because, again, at the end of the day, I hope that gorillas aren’t the only thing we’re all worried about. There’s so much more out there that’s important. Let’s just mind our own for a minute and give this family a rest.