Breakfast is becoming substantially easier for me lately than it had been over the past few months. Seriously, since going dairy-free and gluten-free, things have gotten a little difficult to find in my house that USED to be staples. Like Chicken and Dumplings (oh, how I miss those…), every cereal recipe I loved, and a lot of baked goods that I won’t even mention right now for fear of tears running down my cheeks and splashing the keyboard. (heh). But, it’s not all bad. Amazingly enough, this recipe for Easy Apple Pie Chia Pudding, along with several others I’ve made in the last couple of weeks, has really made it a treat to have breakfast. So, one meal down, two to go! LOL! 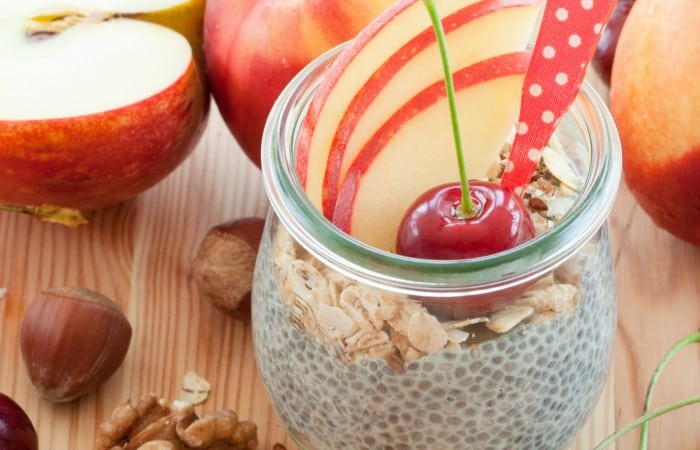 I decided to try making this Easy Apple Pie Chia Pudding after my son begged me to make him an apple pie the other evening–but I only had one apple. The best I *thought* could do was to whip-together a few chia seeds and some cinnamon…I was wrong. It was sooooo much better than that. 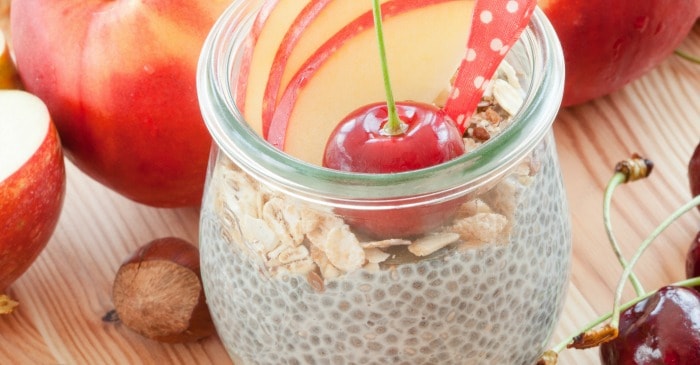 And, in the end, we decided to split the Easy Apple Pie Chia Pudding–because I almost had to fight my son for it, the dern thing was so tasty and light. One of those breakfast/dessert combos that you don’t want to end because it’s so good.

Needless to say, i rushed to the store for more apples the next day while he was at summer camp. Heh. 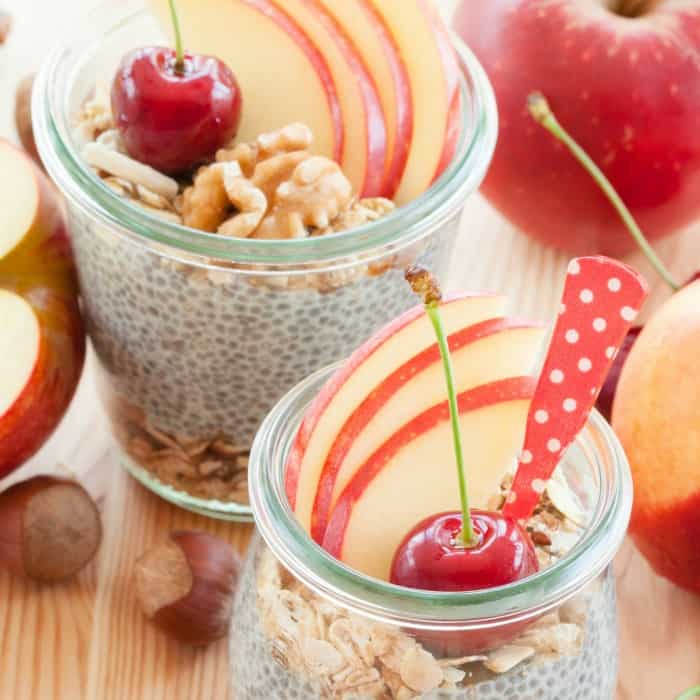 Yeah, sure, some ingredients are easier to find than others…so I helped you out. And I like my milk glasses, too…just sayin’.

So, now that we’ve got all that squared away, I should probably ask you to leave me a comment and let me know how your Easy Apple Pie Chia Pudding turned-out. But I’m not gonna. Because, at this point, you’re probably just antsy-in-your-pantsy to get to the goodies here and I’m kind of killing time…So, don’t leave me a comment. Don’t find me on Facebook…just get your breakfast going already! LOL!

(Oh, but do pin this for later if you’re not cooking it right now–you don’t want to lose this recipe, trust me! LOL!)

Amazingly enough, this recipe for Easy Apple Pie Chia Pudding, along with several others I've made in the last couple of weeks, has really made it a treat to have breakfast.