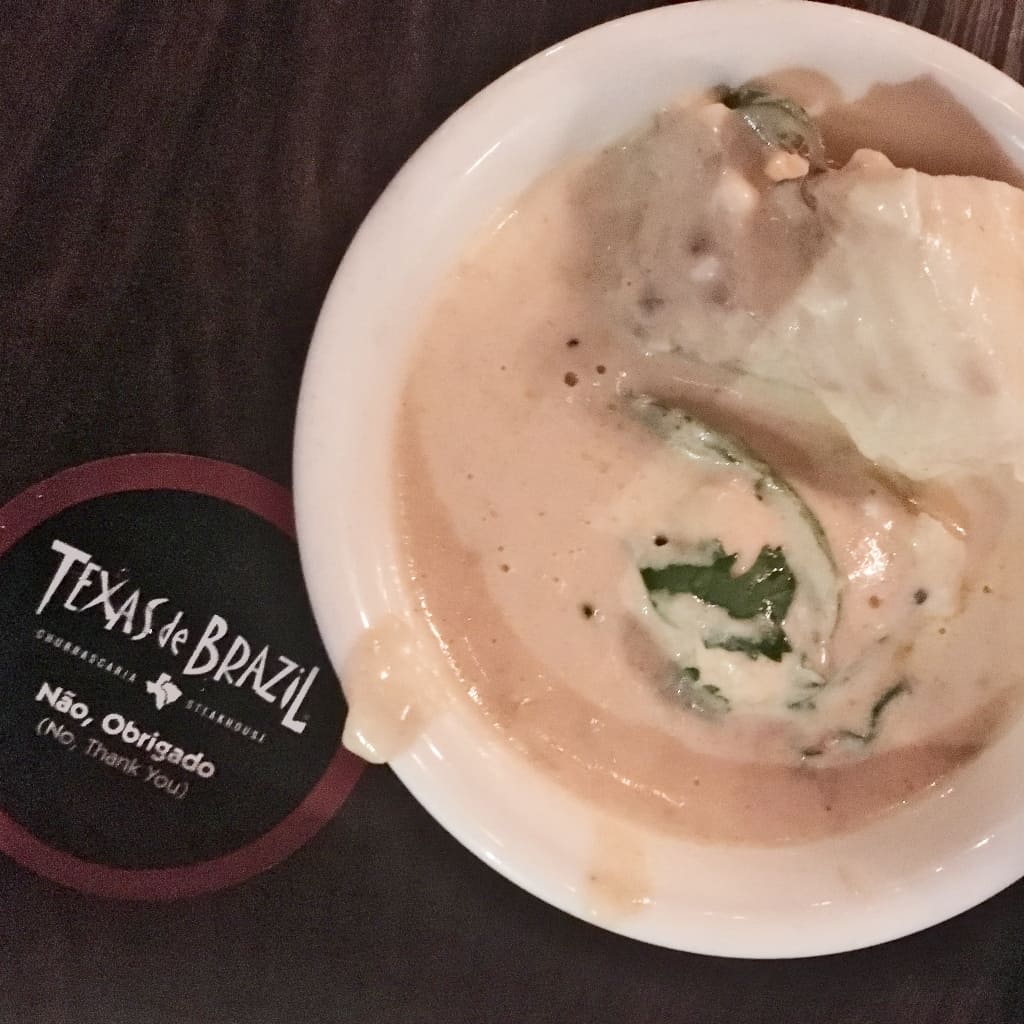 I participated in the Texas de Brazil Campaign on behalf of Wendy’s Bloggers.
My guests and I received complimentary meals to facilitate this post, but the opinions, creative content, and photographs are my own.

Look. I get it. It’s sometimes hard to get out for a date night.

You have to find a sitter or see if your mother-in-law will watch the kids.

You have to get dressed (uh, maybe even shave your legs).

And, worst of all, you have to actually GO OUT.

But sometimes, there’s something super-worth it.

And that, my friends, is a damn-fine steak. 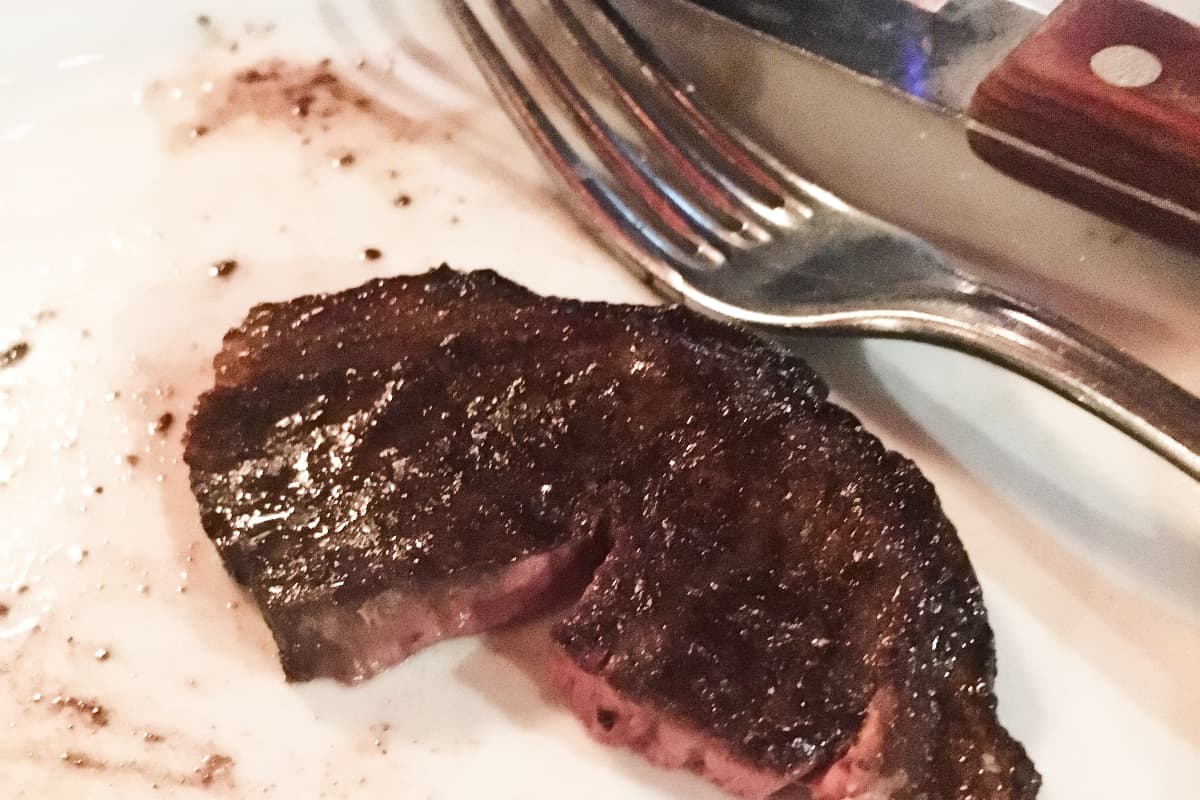 Pssst…that steak that’s so worth it? It’s at Texas de Brazil. And it’s calling you.

See, I’d never been to Texas de Brazil before.

Though my mom had been several years ago when they first opened…she’d told me about the magical salad bar…the men with the meat just offering you any cut you might want.

Still, I had not gone.

A friend went a couple years ago on a corporate thing…same story, fabulous salad bar–and men with so much steak in every cut, every level-of-doneness you could imagine. And this Moqueca Fish Stew that she swore was absolutely divine.

Still, I had not gone.

Until a couple weeks ago.

And now that I made the time, now that I put on makeup, a nice skirt and actually GOT OUT, I mourn for the idiot I was.

Dudes, every mom deserves an evening of churrascaria, salad bar for miles, and a bowl of Moqueca Fish Stew.

See, I made time.

Even though my baby sitter flaked at the last minute.

Even though I made the reservation “too late” for my kids (because the baby sitter…sigh).

And even though I really thought, beforehand, that I could have found something far more productive with my time (like washing dishes, doing laundry, anything–because I “don’t need” date nights, right?!).

And even though I thought “dude, I haven’t been to a fancy restaurant since before the girls were born–do I even know how to do fancy anymore?!” 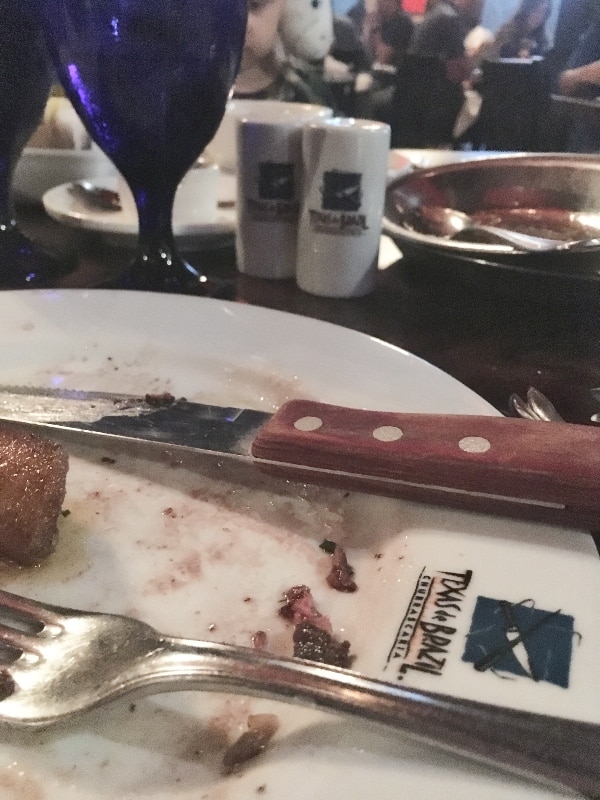 Dang, the experience was so worth all that.

I was able to really enjoy a good steak–nay, an AMAZING FREAKING STEAK THAT I STILL WISH I HAD BECAUSE IT WAS SO GOOD.

Seriously, the steak was that good.

And the Moqueca Fish Stew was absolutely the best freaking fish soup I’ve ever had in my life. 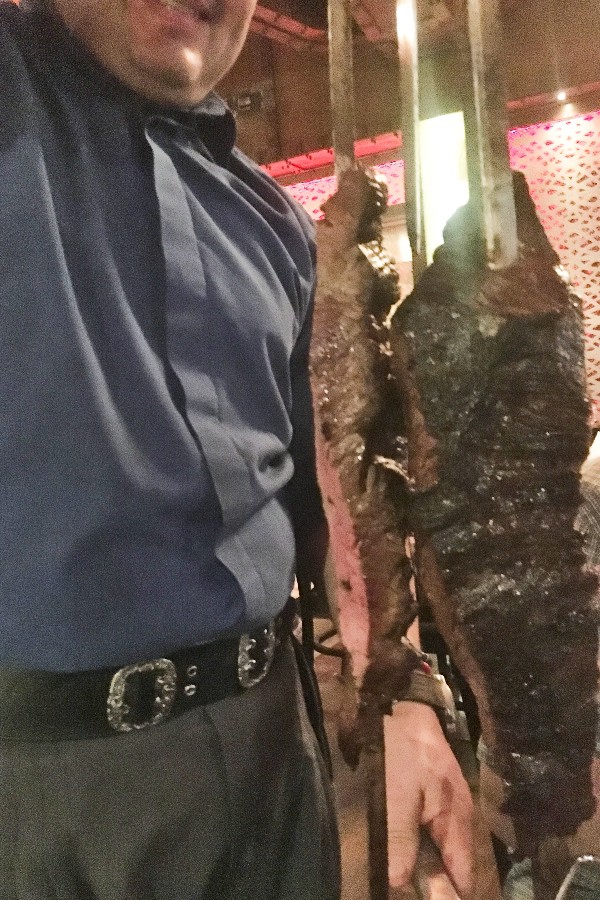 It was more than the food, though.

The atmosphere was great.

The servers were kind to my kids, taking time to dote on them–serving the oldest a bowl of bacon when that’s all she wanted and serving the other as many slices of steak as she desired (I’m pretty sure she ate more than me and her dad, combined).

Best of all, though, I got a date night.

Even if I had to take the kids (although they behaved like angels, so that made it even more nice).

Are you ready for a date night? Maybe for the #TdBToasts20 party for their 20th Anniversary at Texas de Brazil?

Get yourself entered in this giveaway and let’s see if we can get you one. 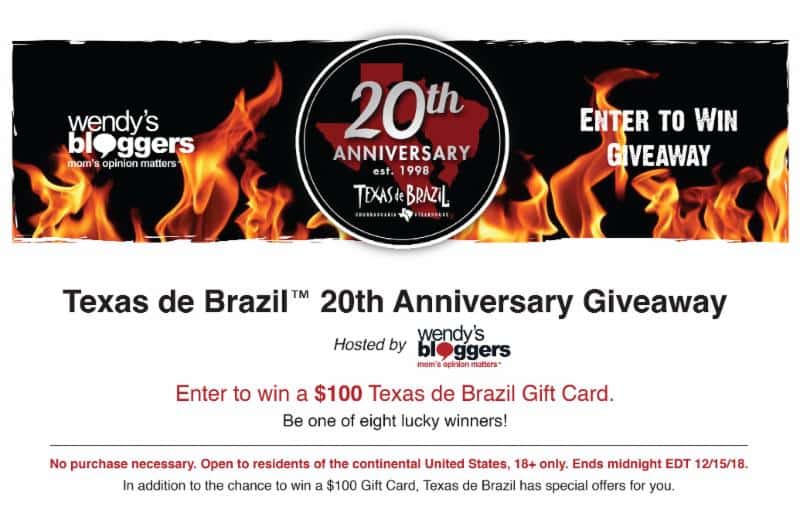 And when you’re done entering in the giveaway, pin this recipe for Moqueca Fish Stew–because you know you want to make it… 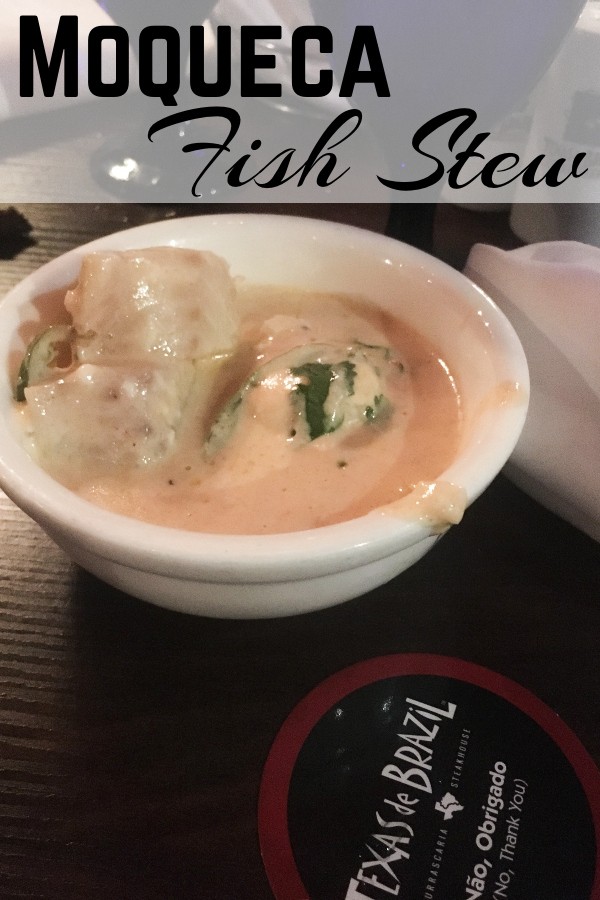 But, look, I get it, the soup isn’t the big draw to Texas de Brazil.

And though the salad bar is amazing, it’s the AWESOMENESS of the steak that just carries the bill.

So, go make you reservation now for that big ‘ole steak that’s calling your name (and mine again).