This morning, I was trying to think of something different for breakfast. Weekdays are pretty hectic at our house, so breakfast is usually a grab-and-go affair. But on the weekends, I like to make a sit-down breakfast. With the hubby being diabetic, I have to make sure he’s getting a high-protein, low-carb diet. Well, pancakes don’t normally have any protein, and are really just a bunch of carbs. But, today I decided to change that! Enter these Easy Protein-Packed Cinnamon Pecan Pancakes. Homemade breakfast goodness. 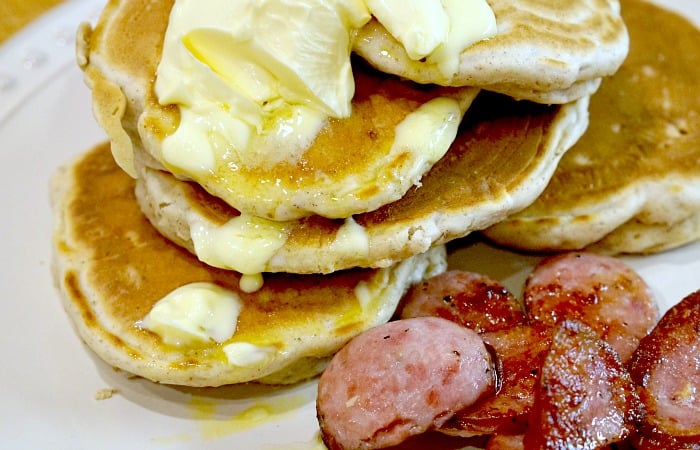 Since I’ve been working much further away from the house in the past year, the hubby has been doing the breakfast cooking on weekdays. He’s such a sweetie. And he always goes above and beyond, making me things that are healthy and tasty. And, so the weekends are all mine. So, I like to think I’m rewarding him with a big, fluffy pancake. But, really, I’m kind of rewarding both of us. I get to have fun and he…well, he gets a break from cooking. It’s a win-win that ends in pancakes. Is that a win-win-win? LOL!

Anyway…I like to make pancakes from scratch, but sometimes I just use a mix, since it’s easier. But this recipe is totally worth the little extra effort. My hubby said over and over that he REALLY enjoyed the Cinnamon Pecan Pancakes–and he finished every bite (even the couple left over on my plate). Hopefully, you and yours will also enjoy them. 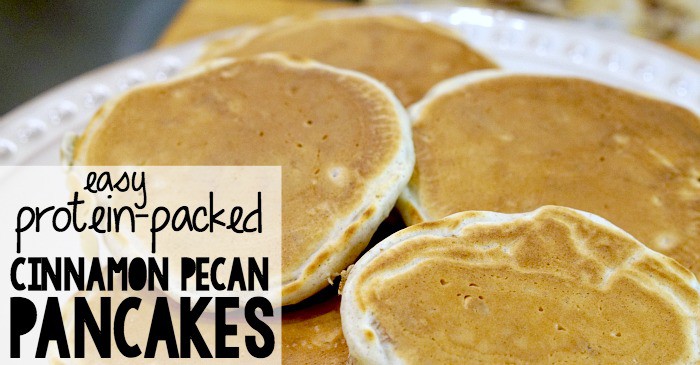 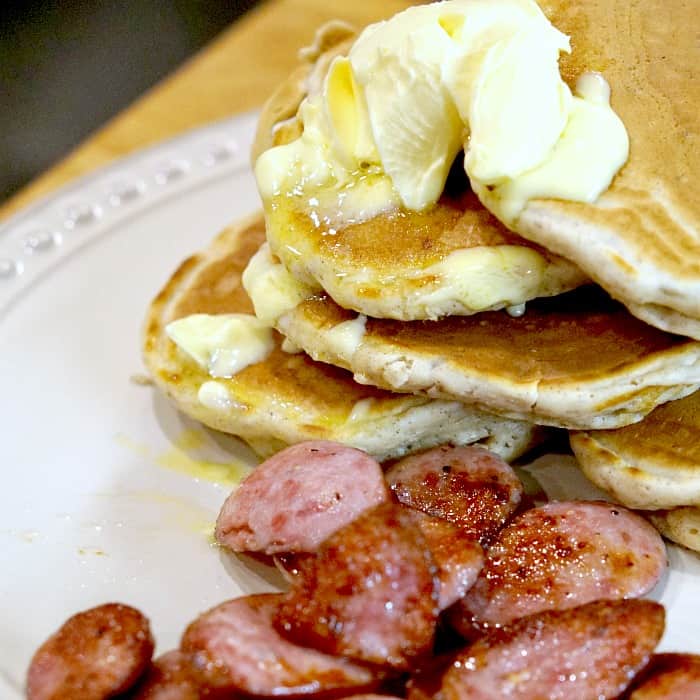 Let me know how these Cinnamon Pecan Pancakes turn out in your pan. I would LOVE to hear if they were as tasty for you as they were for us!