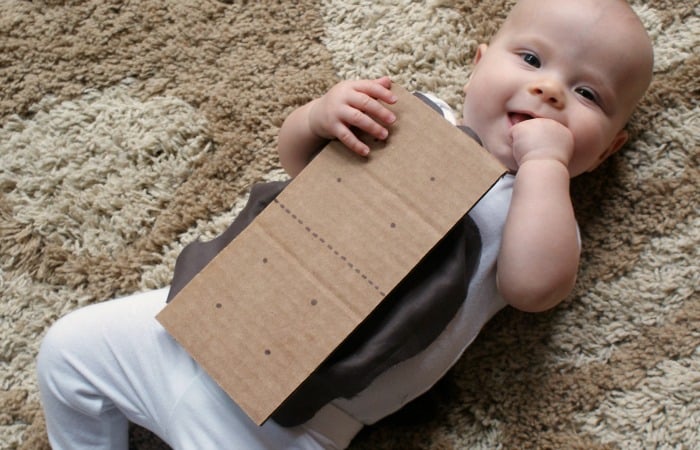 My oldest daughter was too little for the whole baby-costume thing (she was only a month old and she was a preemie, so that didn’t work out). And because we adopted my son when he was 7, we didn’t really get to do too many baby costumes with him (like none). So, it’s with many apologies to my littlest daughter that we are now presenting the CUTEST 5-Minute S’mores Baby Costume. I can’t wait for Halloween night and trick-or-treating with this nutball. She’s so adorable I just wanna eat her up–oh, right, I’m supposed to tell you about the ONE rule with this costume: Don’t Eat The Baby. Heh.

What You Need to Make the S’mores Baby Costume 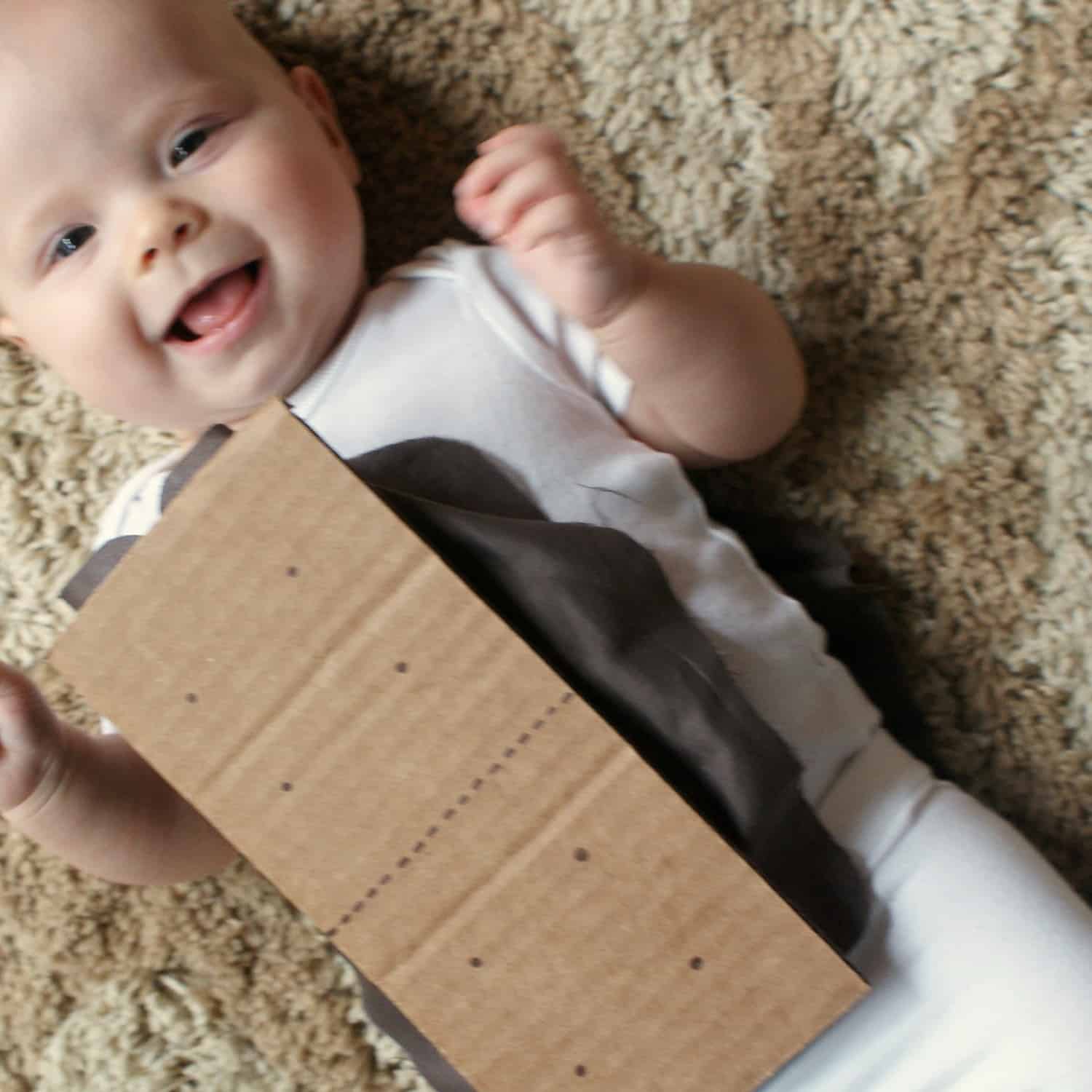 Putting Together the S’mores Baby Costume

If that was too complex, I took pictures for you:

One more adorable baby picture for the road, neh? 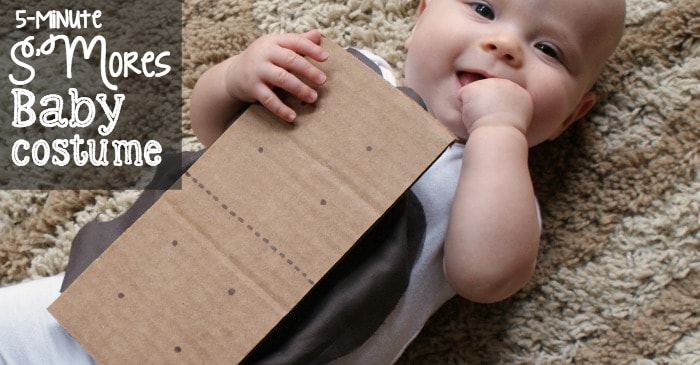 Such a cute little nutball. Eep!