(Inside: A quick and dirty introduction to the Instant Pot and the 8 Tricks to Convert Slow Cooker Recipes to Instant Pot Recipes that I use to turn a crock pot recipe into an instant pot recipe. Seriously–so easy.)

If you have ever used a slow cooker or crock pot (same thing, ya know), you understand that sometimes it takes a lot of time and patience to cook a delicious meal.

Unfortunately, very few people have time for that crap.

And if it only takes 4 hours instead of 8, that means you have to come home from work at lunchtime to load up the slow cooker.

What about that time you forgot–then you had your setup all ready, but the food wasn’t when your guests were about to arrive.

With the introduction of instant pots (which my mom tells me I could have had a pressure cooker all this time–WTF, she was totally hiding this ridiculously useful tool my WHOLE LIFE!), it’s sooooooo possible to prepare a traditional slow cooker meal in just a matter of minutes.

With an instant pot, it only takes 8 Tricks to Convert Slow Cooker Recipes to Instant Pot Recipes.

How much fluid are you going to use?

This is an important thing to consider because very little liquid is lost when you cook using a pressure cooker.

It is recommended that you should use a maximum of 1 cup of water when cooking instant pot recipes.

If the item you are going to cook already has high water content, you might have to use ½ cup of water.

If you don’t want the liquid to infiltrate the food as much, you can put your food or liquid in a silicon mini-loaf pan to keep things separate.

The instant pot doesn’t care where the liquid is–just that it’s in there.

Use the quick pressure release method if you don’t know the type of approach to use.

Things that can cook quickly and might need this kind of pressure release include rice, delicate vegetables, pasta, etc.

As for meat, you can opt for the natural release meaning that the pot will beep when its time.

You should let it rest for 10-20 minutes when there is no steam spurting out after turning the valve from “sealing’ to “venting.”

Use the meat stew button to cook meat that might take 4 to 8 hours to cook on a slow cooker.

It’ll take approximately 25 -30 minutes to cook a really big cut of meat in a pressure cooker.

Chicken take about 15 minutes if you use the poultry button.

To avoid overcooked meat, ensure that you set the vent to “sealing” and not to “venting.”

And be sure to do natural release with this one–let that meat rest like you would if you’d grilled it.

If you like adding flavor to your food using different liquids, you might need to avoid some of them since not all can cook well in an instant pot.

But you can add them after cooking using the sauté setting with the lid off–kind of using them as a seasoning after the fact.

If you add them to the pressure setting, you might experience an explosion of foamy gross upon removing the lid. 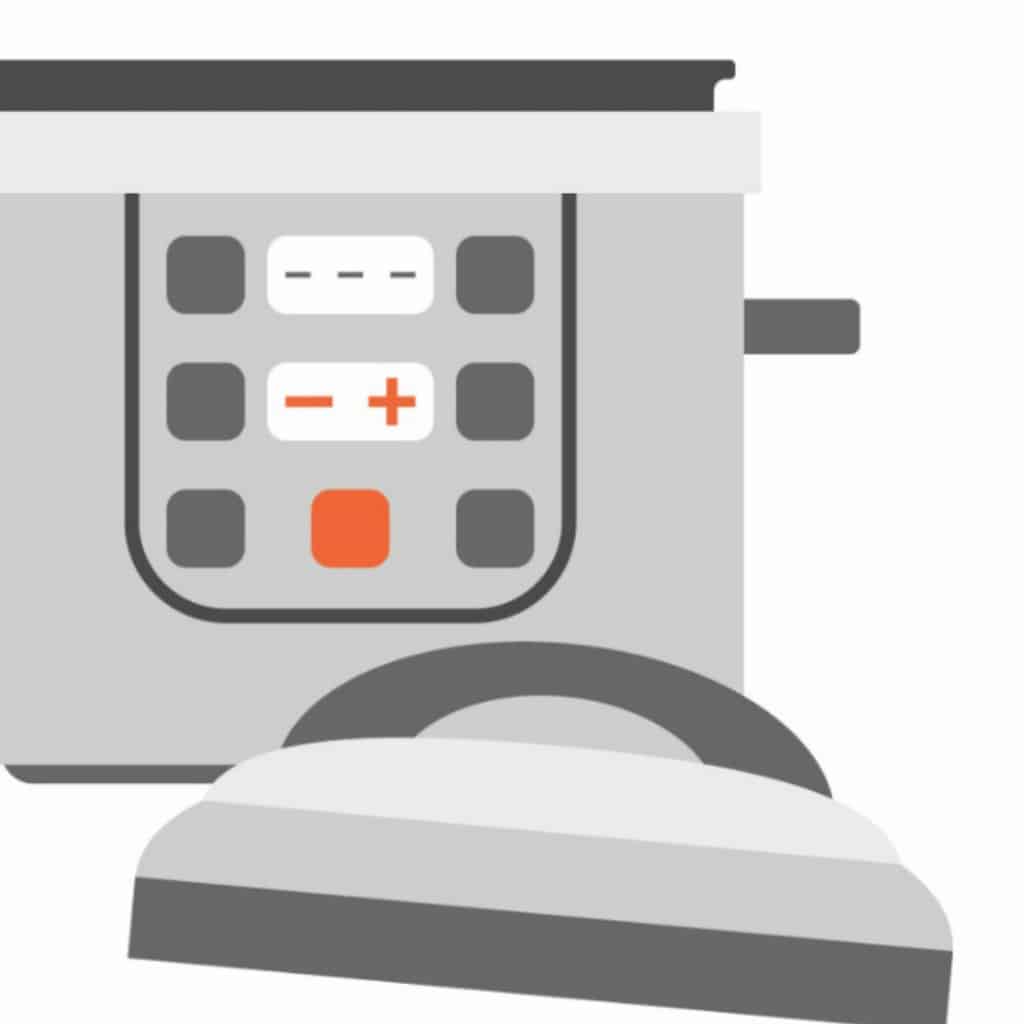 When cooking something like a stew, you should initially cook it with thin liquid.

But after you finish cooking it, you can change your instant pot to sauté and add a thickener.

The same with things that include tomato sauce.

Tomatoes and tomato sauces actually thicken, so you can’t really count them as a liquid–but as a thickener.

By adding them at the end, you can avoid getting the “burn” notice.

Sometimes cooking under intense pressure can reduce the flavor of a dish.

This happens because when you add more liquid and combine it with pressure, it dilutes the molecules that make flavor. (dude, I really love science)

You will, therefore, need to add more flavor to the food.

You can add flavor before and after cooking by using broths instead of water, going just a weeeee bit overboard on the seasoning, or just by not overcooking it–experiment with shorter cook times on things like steaks and prime rib.

Your pressure cooker needs enough space so that the steam can also build up.

You should avoid filling it more than 2/3 with food.

If you are cooking grain or legumes, you should also avoid filling it more than ½.

Don’t ever quick release solid foods like grains and beans.

However, you might end up with mushy vegetables when using a pressure cooker if you try cooking the veggies for the same time as the meat requires.

You can try a quick release halfway through cooking, then add in your veggies, reseal the pot and set it to cook the remaining time.

This way your veggis are just super crisp and ready to go rather than mushy and overcooked.

That seems like a lot to take in, but it make sense once you start really getting into the ins-and-outs of the Instant Pot

For real, it seems like it would be so much more complicated to turn a crock pot recipe into an instant pot recipe, but it’s really not.

Oh, but before you pop off, do me a solid and pin these 8 Tricks to Convert Slow Cooker Recipes to Instant Pot Recipes so you can find it again later.