Recently, my kids and I have been having a running conversation about First Responders and their role in our community–and our life. This has helped reduce anxiety, on their part and mine–and it’s actually come in handy.

I was inspired to write this conversation because of my partner, T-Mobile, the Un-Carrier. T-Mobile has committed to supporting the military, veterans and their families, but they’ve also taken that so much further by stepping up to the plate and bringing the same game-changing discounts to First Responders and their families as a way of thanking them.

But–why should we talk to our kids about First Responders–is that really necessary? Oh, heck yeah it is and this is why. 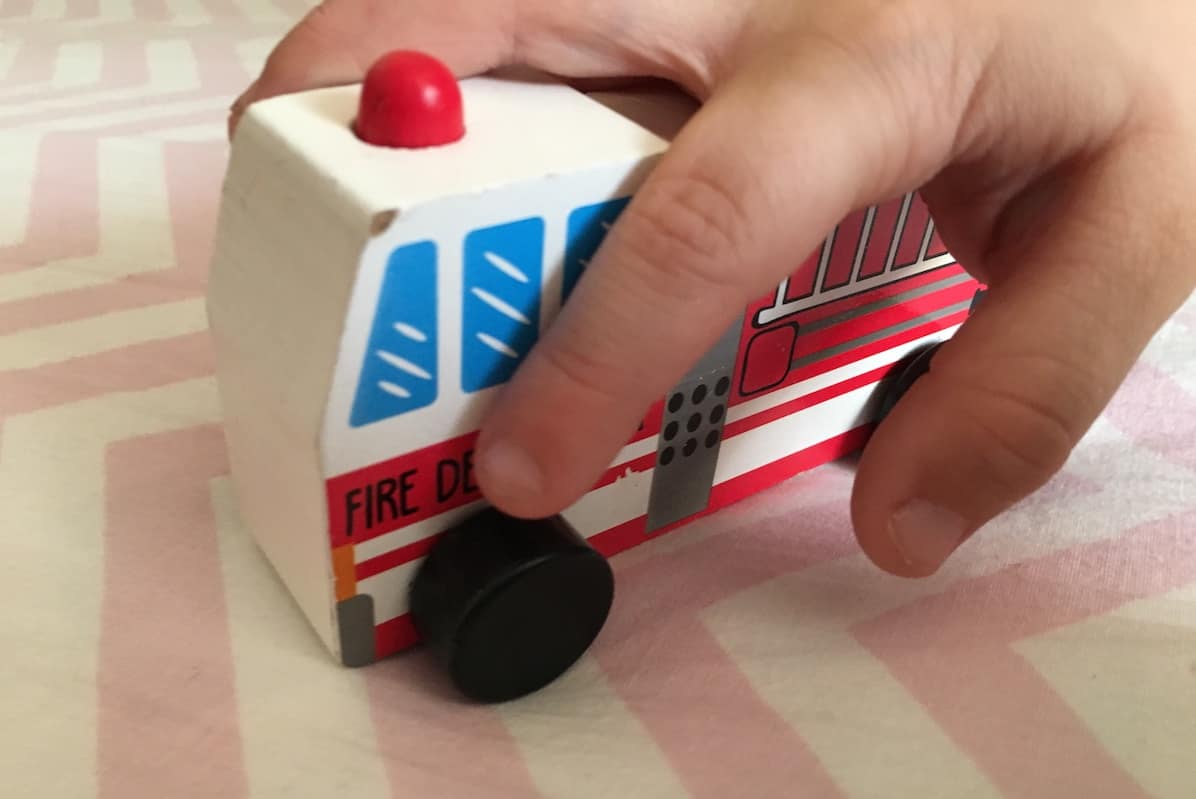 Talking to Kids about First Responders – Why It’s So Important

First, let’s be really clear. There will come a time in a kid’s life that they will interact with a first responder. Whether it’s a police officer pulling them over for driving too fast, whether it’s the EMT that helps patch them up on the way to the hospital after a fall, or whether it’s just a friendly bump-in at the grocery store while the fire fighters are shopping for their groceries for the week.

So, to keep them from being afraid (they are “strangers” after all) and give them a sense that it’s ok to tell an officer if they are having some kind of problem, seek out help from 9-1-1 and just generally know that there is someone who can help if there’s an emergency, we, as parents, definitely need to talk to our kids about First Responders.

To be honest, I really didn’t think about this too much before–but then I watched how my youngest daughter reacted when we bumped into the local firefighters while they were out doing their grocery shopping. 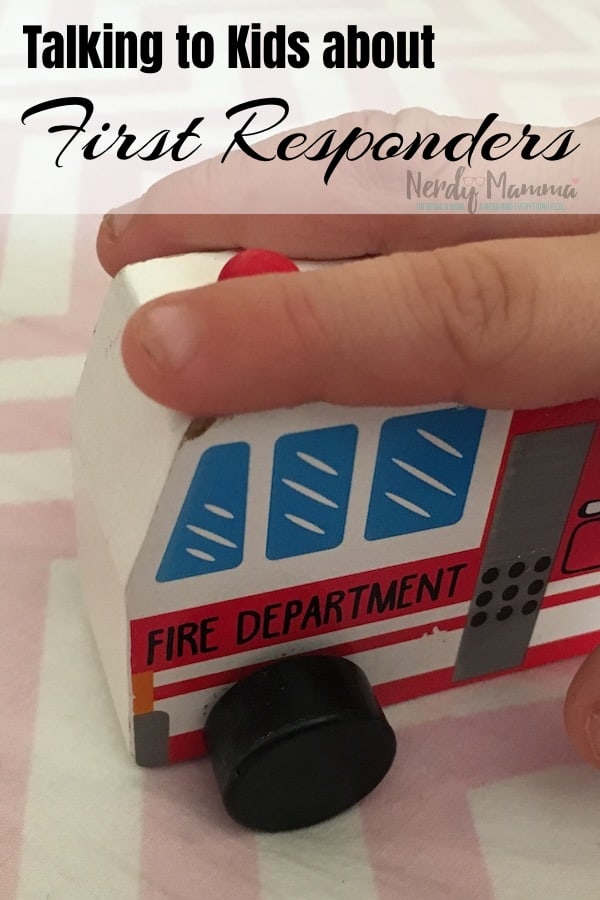 She was scared. Plain and simple, the set of guys in matching shirts joking around in the grocery store somehow stood out to her and she seemed frightened. So we started talking.

Because, if there was a problem–the last thing I’d want is my kiddo hiding instead of walking right up to the people that would help her–no questions asked.

So, if you can believe it, after a few days, we saw our local firefighters again, this time at a restaurant where we regularly have breakfast.

Wouldn’t you know it, because of our conversation–and me explaining that these guys are the people that will help you no matter what–my youngest went up and said “thank you”.

That right there was the whole point.

Generating that level of understanding is what will, one day, help her when the situation calls for it. 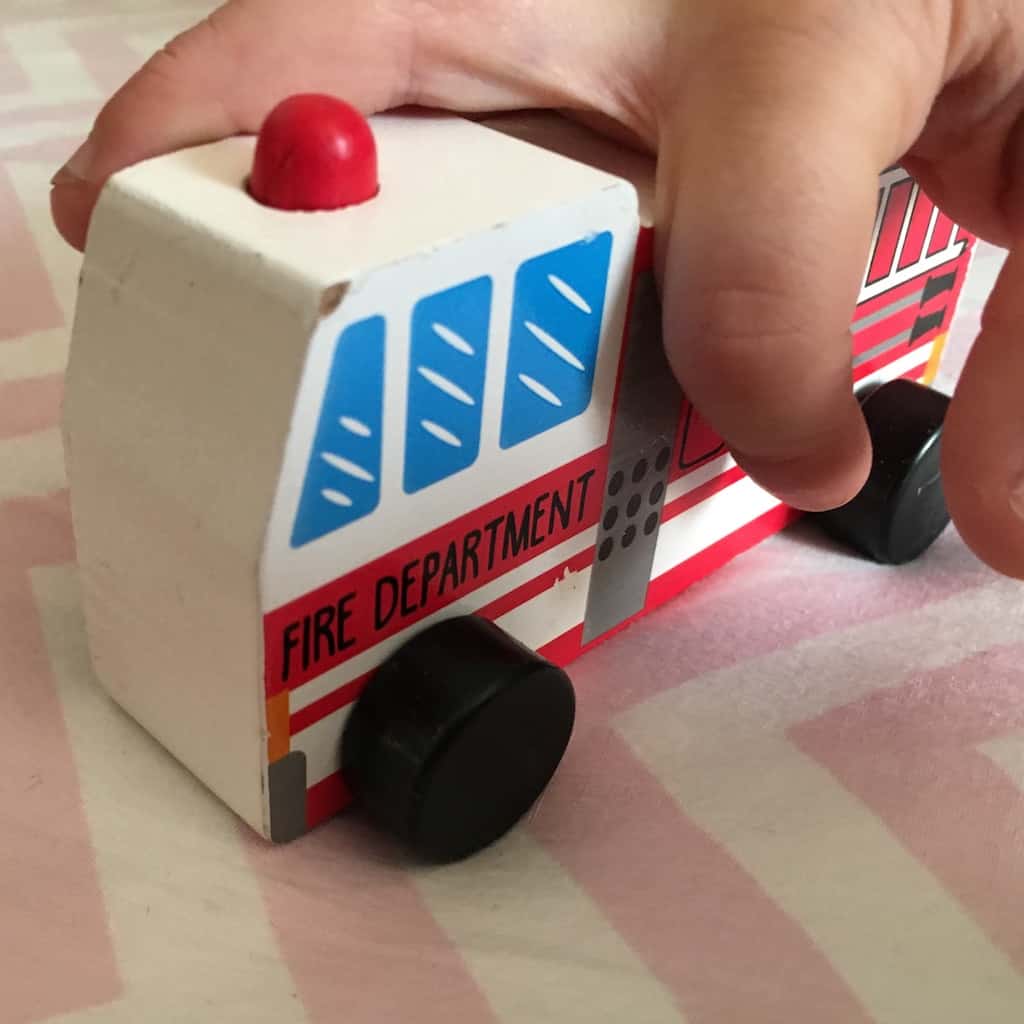 It’s one thing to just walk up and thank your local firefighters–they’ll love it from your kids. But I also like to occasionally pay for their breakfast (I’ve seen them a couple of times since that first time) and even brought snacks to the Fire House with the kids to help further reinforce that we like these people.

T-Mobile is taking it a bit further with their Magenta First Responders plan. Basically, with this plan, the country’s state and local law enforcement officers, firefighters and EMS personnel, and their small businesses get access to special discounts for voice lines, data, and they even get Netflix–and a few other perks.

It’s a great way to say thank you to the people who are helping to keep us all safer.